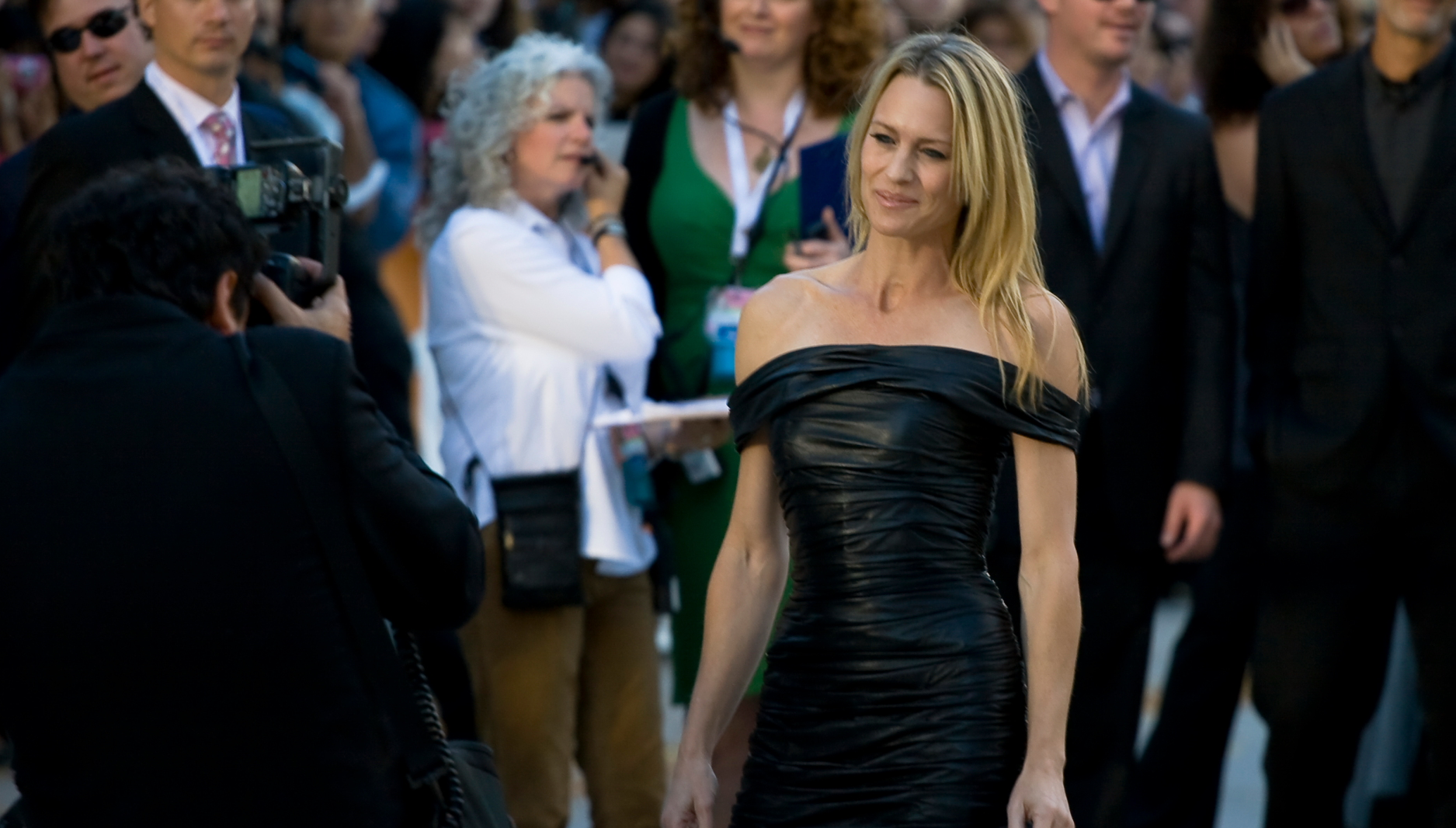 What better way to start this list of actresses suited to TV than the legal secretary extraordinaire suited to NBC’s Suits? Sarah Rafferty, who plays Donna Paulsen, makes this list because she owns her character with sassy one-liners and a pure strength which exudes well beyond her desk. The way she can say so much in a simple shrug or facial expression makes this actress an all-class small screen star.

She’s come a long way since she played Jenny in Forrest Gump. Yes, the girl next door everyone hated in the 90s has gone on to become one of the finest actresses on TV. This subtle actress is a tour de force in her own right but alongside her husband, the most powerful man in the world, President Francis Underwood, her character Claire is a steely, calculating first lady. This is one television duo you definitely wouldn’t want to cross. Here is a montage of the modern-day Lady MacBeth, a triumph and testament to the nuanced art of the best of the best in TV drama.

We loved her as Elaine in one of the best 90s sitcoms, Seinfeld, and in her cameo roles in shows like Curb Your Enthusiasm and Arrested Development, plus her reasonably short-lived naughties sitcom, The New Adventures of Old Christine, and as the ambidextrous Vice President in HBO’s Veep. All reasons why Julia Louis-Dreyfus makes this list. Louis-Dreyfus proves again and again why she’s still ‘Queen of the Castle’.

While she has a career spanning five decades, across stage and screen, it’s her portrayal as the manipulative matriarch, Lucille Bluth, in the cult classic Arrested Development which lands Jessica Walter on this list. Despite being a ‘very nice, boring person’ in real life, as Lucille she is a tempestuous tyrant with her finger wrapped firmly around her litter of children and anyone who dares cross her path.

Perhaps the most interesting character in AMC’s Mad Men, the role of Peggy Olson sees Elisabeth Moss make this list of stars suited to the small screen. She climbs the ranks of the male-dominated advertising industry as the 1960s – with its civil rights movement, women’s liberation, drugs and rock and roll – plays out all around her. This metamorphosis makes for some compelling television.

This journeywoman of the industry has garnered numerous accolades for her roles on the prison drama Oz but more importantly in her role as Carmella Soprano in the superb HBO drama series, The Sopranos and for her standout role in Nurse Jackie. Falco has managed to overcome her demons (alcohol) to play some of the most integral roles to the American psyche in the last 15 years.

Really Orange is the New Black is an ensemble show before it is anything else, but Lorraine Toussaint’s part in Season 2 of the Netflix series was a standout. Her character, Yvonne “Vee” Parker, goes a long way to destabilising the dynamic seen in Season 1, introducing a drug ring and playing her crew against the other facility factions. (SPOILER) While she might have met her demise in the closing sequence of the season, her legacy and her engaging performance will live with us still.

While she made waves with a strong performance as Detective Rhonda Boney in David Fincher’s instant classic Gone Girl (2014), Kim Dickens has been proving why she belongs on this list with wonderful portrayals in the HBO series Deadwood and Treme. And with news she’s just been cast as the lead in a companion series to AMC’s The Walking Dead, she’s bound to keep up the good work.

Katey Sagal has proven time and time again she is one of the go-to TV moms with almost 30 years experience. Not only was she the mother on the longstanding sitcom, Married with Children, as well as the much shorter lived sitcom, 8 Simple Rules, she has taken the trifecta with her role as the less than perfect bikie queen, Gemma in FX’s Sons of Anarchy.

This last one might seem like a strange choice but Nancy Cartwright belongs firmly on this list of actresses suited to TV. She’s voiced dozens of the characters we grew up with. And while she’s not the first person you’d think of when you picture television actresses, her versatility and her endurance make her a valuable addition to this list. You’ll most likely know her for her world-famous role as a ten year old boy.