How many of ’em have you managed to check out? 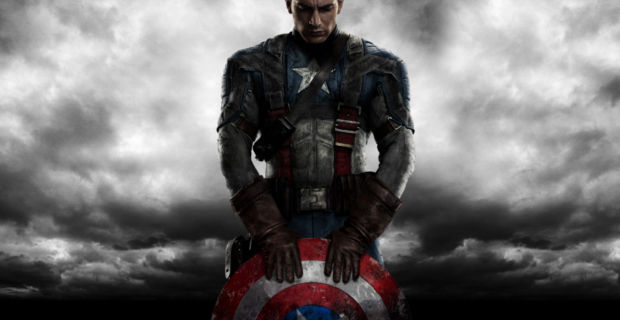 Does anybody believe that The Wind Rises is Miyazaki’s last film? Considering this isn’t the first time the Japanese animation master has retired, ReelGood has our doubts. The film follows Jiro, who dreams of flying beautiful aircraft inspired by the famous Italian aeronautical designer Caproni. It received a mixed reception on release but even lesser Miyazaki is still slicker than your average. Check out our review here.

It’s obvious from the opening moments of The Wolf of Wall Street that the film is the work of a master, even though it may not be his masterpiece. The true story of Wall Street shark Jordan Belfort and his illegitimate rise in the New York financial world, the film proved that Martin Scorsese still exudes twice as much energy for filmmaking as most directors who are a third his age. Check out our review here.

When the director of Adaptation releases a new film, ReelGood pays attention. Spike Jonze got awarded the Academy Award for Best Screenplay for Her, the story of a lonely man who connects with his Operating System on a deeply emotional level. The film didn’t quite exploit the premise to its maximum potential, but was reasonably compelling nonetheless. Check out our review here.

The Past | Asghar Farhadi

A Separation was one of the most powerful films of the past five years. Director Asghar Farhadi didn’t disappoint with his almost equally impressive The Past, which was nominated for the Golden Globe for Best Foreign Language Film. The film follows the story of an Iranian man who deserts his family to return to his homeland. Check out our review here.

An astonishing argument for the power of understatement, All Is Lost is perhaps the best film to be released so far this year. Almost completely without dialogue, the film follows the story of an unnamed man who must battle the elements and his own despair when his yacht begins to sink in the middle of the ocean. Robert Redford delivers an incredible performance as the only character in the film. Check out our review here.

Nebraska wasn’t perfect but the central performance by Bruce Dern as Woody Grant was equally if not more deserving of the Best Actor award as eventual winner Matthew McConaughy’s turn in Dallas Buyer’s Club. Nebraska follows Woody and his son David (Will Forte) as they embark on a journey to collect a million dollar prize, which is most likely a scam. Check out our review here.

The Winter Soldier came along and proved that the mammoth film studio Marvel is capable of going out on a limb and trying something different. The first two thirds of the film play more like an old espionage film from the 70s than a Marvel superhero film, making The Winter Soldier arguably the most interesting comic book adaptation since Batman Begins. Check out our review here.

Back in 2011, The Raid surprised as all. The Raid 2: Berandal surpasses the original with even more dynamic action, despite a somewhat muddled plot. Kicking off shortly after the first film, The Raid 2 follows Rama as he goes undercover with the thugs of Jakarta. Check out our review here.

Our main reviewer, not being a particularly avid fan of director Lars Von Trier, trudged along to the lengthy screening of both Nymphomaniac volumes with a heavy heart. Four hours later he sat down a wrote a glowing review of the film. Nymphomaniac follows the story of Joe as she navigates life while suffering from acute nymphomania. Check out our review here.

Occupying an interesting space that teeters on the line between amazing and terrible, The Double almost always manages to sway the right way. The film follows Simon, a timid man working at a government agency who is distressed to discover a new employee who is his exact double. Check out our review here.