One day at a time. 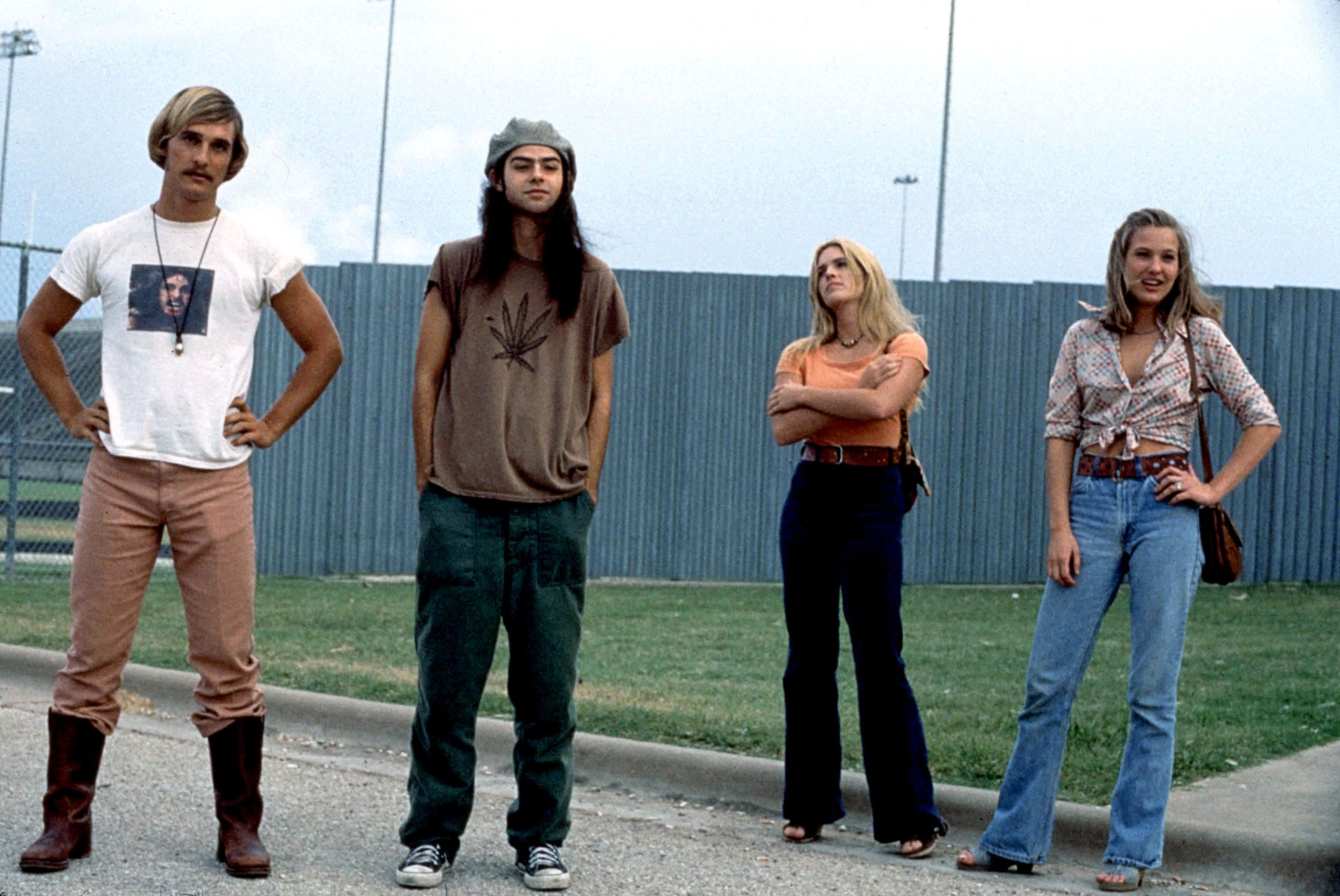 Richard Linklater’s 1976-set film takes place over one day on the last day of school before summer. With weeks of school to look back on, and weeks of holidays to look forward to, Dazed and Confused follows a large ensemble of school kids of all different ages – as well as Matthew McConaughey’s much older Wooderson, whose love for high school girls draws him to the end of school celebrations. Throughout the day of drinking, smoking, and hazing, they are all very simply yet fittingly coming of age, resulting in what is really a very hopeful end to the story of a bunch of high schoolers who we’ve only known for a day.

The idea of keeping the timeframe of a film within one day is particularly well suited to the action genre, as it keeps things straightforward and grounded enough while also providing an intensity that comes from the pressure of time and lack of downtime. There is perhaps no better example of this than Die Hard, which sees Bruce Willis’ police officer/everyman, John McClane, trying to defeat a group of German terrorists – led by Alan Rickman’s incredible Hans Gruber – who have taken his estranged wife’s Christmas party hostage. This simple and emotionally grounded premise leads to some brilliant and iconic action sequences, as the movie never really stops moving.

The hottest day of the year in a Brooklyn neighbourhood gradually builds to hate-fuelled violence in Spike Lee’s Do the Right Thing. The film is at first a stylistic, light and fun depiction of a group of characters going about their day, but as the heat rises so does the always prevalent racial tension, specifically between the Italian-American Pizza shop owners and the neighbourhood’s predominantly black population. This slow build eventually erupts in a series of violent outbursts, none more shocking than a violent yet unarmed character being choked to death by a police officer. Setting the film within one hot day allows for a kind of microcosmic view of the racial tension in America – which is sadly still very relevant more than 25 years on.

This early and hugely influential example of the zombie genre set many of the tropes that zombie and horror films would go on to follow. One of these popular tropes is the short timeframe, as Night of the Living Dead appropriately takes place over one night. The film sees a group of people, many strangers to each other, trapped in a farmhouse while the living dead surround them. This is a hugely effective way of telling an intense and scary story, and also works to keep the zombie outbreak grounded.

Where Dazed and Confused featured a group of high schoolers who were gaining their freedom from school, The Breakfast Club follows five students who have forfeited that freedom, having been forced to attend detention on a Saturday. With each of these characters representing their own high school stereotype, the film sees them gradually break down these social barriers, leading to moments of fun and honest friendship, which seems to be a rare thing for them. What the one day timeframe does in The Breakfast Club is raise the idea of these honest moments being just a one off, as the possibility of them falling back into the high school social system is presented.

12 Angry Men explores the simple premise of twelve jurors having to decide on a verdict for a murder case. The film is largely set in real time and in the one room, with the men of varying beliefs and values, who are slowly but strongly established throughout the film, struggling to find a unanimous decision. Similarly to Do the Right Thing, extreme heat plays a significant part in the tension throughout the case. With the conclusion of the film, it seems that despite the many developments the characters have made, and the life they’ve saved, the events of the day will likely have little direct impact on what they do tomorrow.

Many comic book adaptations feel the need to provide an origin, regardless of how similar it is to every other origin story. Dredd stands out as a truly unique comic book movie. The criminally underrated film drops us into the world of Mega-City-One with just a brief narration of how the world works before we are following the already powerful Judge Dredd for a ‘day in the life’. Throughout this day, details of the world and characters are subtly given without having to hold our hands or stop the action. And the action really doesn’t stop, as the simple premise of the plot involves Dredd and his rookie partner, Anderson, having to reach the top of a 200-storey building to defeat a dangerous gang.

The majority of this film takes place over the titular day, though it is repeated upwards of a thousand times. Bill Murray plays Phil Connors, a self-centred weatherman who finds himself in a time loop while reporting in Punxsutawney. With no end in sight to the nightmarish loop, Phil goes through days of dating, nihilistic fun and suicide before realising the impact he can have on others’ lives as a result of his unusual situation. An at times absurd comedy comes to a surprisingly heartfelt conclusion, where a single day is shown to have the potential to be highly significant.

The Boys explores the day leading up to an unthinkably horrific act. Beginning with David Wenham’s Brett being released from prison and returning to his family, the film goes on to show the tension that his return brings. The chilling performance from Wenham as he attempts to regain his role as ‘top dog’ is a highlight. As the day goes on, and Brett and his two brothers get angrier – particularly at the women in their lives – the sense of foreboding is huge, added to by the recurring flash forwards of the brothers being arrested. All of this tension builds to one of the more implicitly haunting endings of any film.

At the foundation of The Warriors, like many of the films on this list, is a simple yet brilliant premise: a New York City gang must return to their home turf after they are framed for the murder of a respected gang leader. With every gang in the semi-fictional New York City after them, this proves to be very difficult. As The Warriors try to make it back to safe ground, several fantastically ridiculous and stylistic gangs attack them, resulting in some great and iconic fight sequences. When their trek is coming to an end and they face Luther, the man who framed them, they ask him the simple question, ‘why?’. He sincerely answers ‘I like doing things like that’, giving an appropriately silly yet completely in character explanation to the reasoning behind the act that set the over-the-top film in motion.