The director of the upcoming Levare. 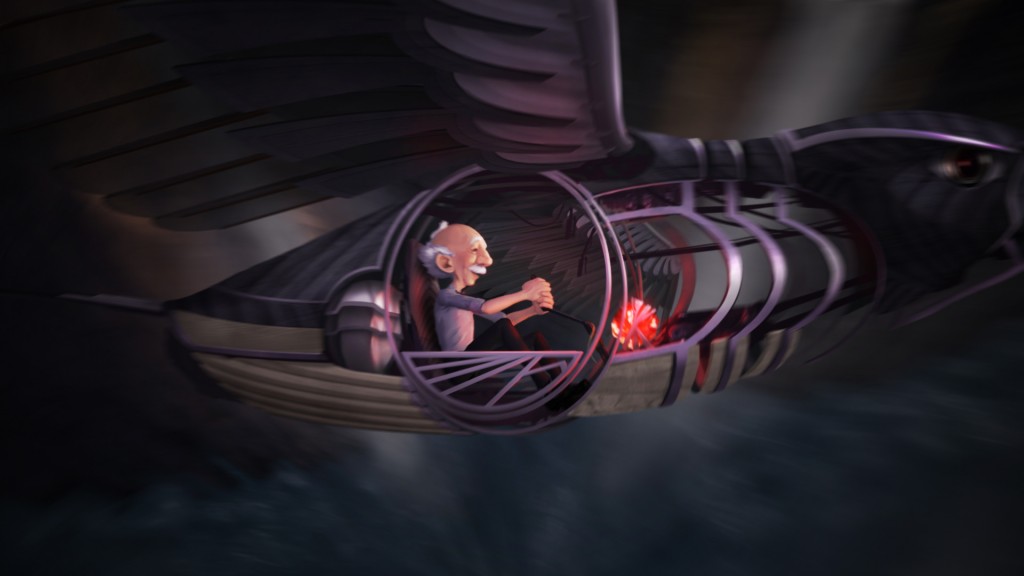 I’m not sure there was a specific moment. I’ve always loved movies. I love immersing myself in another world and going on a journey with a character. I always had a particular interest in animation and visual effects though. I won’t deny I got swept up in the spectacle of it in my youth. I loved watching filmmaking documentaries, and found “movie magic” fascinating. I always thought it would be amazing to be a part of that industry, but I never seriously considered it until I left school. I actually think it was my interest in art and design that got me to where I am today. I used to draw profusely as a child, and when computers came along, I got into computer graphics. In the 90s, 3D computer graphics took off, and I caught the bug. I started to pursue a career in design, but I was spending so much of my spare time creating stuff with 3D computer graphics, I figured I might as well try and do that for a living instead. Its applications were almost endless, but I was drawn to visual effects and animation. Pixar was releasing hit after hit while I was learning the tools of their trade, and since I loved creating my own worlds and characters, I realised that telling stories through this medium was something I wanted to be doing.

I think not giving up is probably the biggest challenge. Filmmaking requires a lot of work. It’s actually quite ridiculous. And while I’ve never been afraid of hard work, and I love animation and filmmaking, the sheer amount of work required and the struggle to get projects off the ground is really challenging. There’s so much involved, and finding support to give a project momentum is difficult. Years can go by while a project is being developed, and you often wonder if it’s worth it. It’s been tempting to give up, but whenever I entertain the thought, I think about what I’d do with myself if I did, and whatever scenario I imagine, I can never remove filmmaking and animation entirely. I love it too much. To paraphrase a little blue fish, I just keep swimming.

Films are made to be seen, so when you make a film that not only gets seen but people also enjoy it, you know you’ve done your job.

I actually find the entire filmmaking process rewarding, but I think I like Pre-production the most. You take a story idea, develop it into an outline, and then a screenplay, and your mind’s eye can see where it’s going. Then the visual development starts to cement the story in a visual form, and storyboards and animatics produce a rough version of the film. By the end of Pre-production, you don’t have to imagine much; it’s right there in front of you. 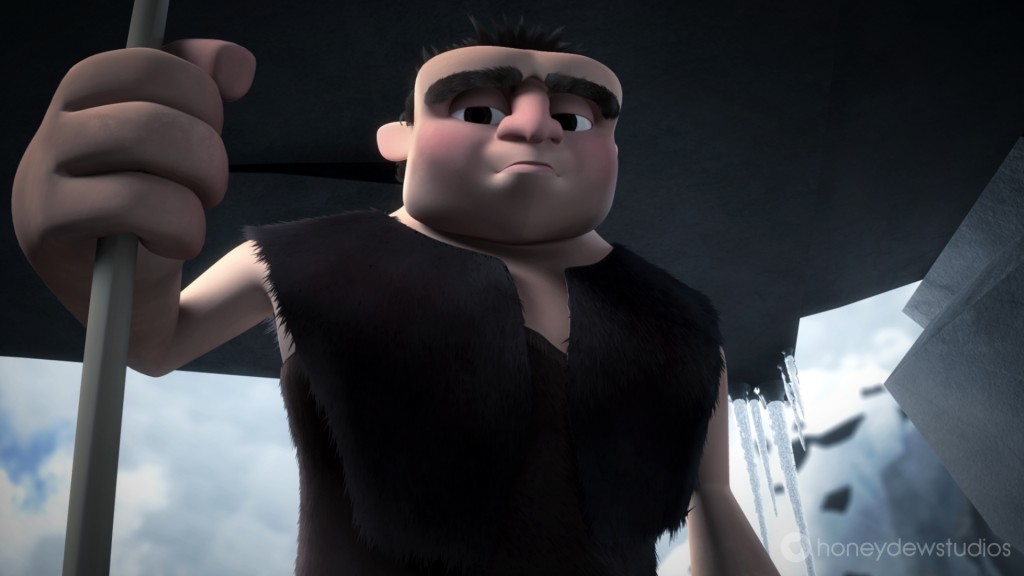 Levare will be an animation. What attracts you to the animated film medium?

I think what I like most about animated films, is their ability to push storytelling further than what’s possible with live action films. That’s probably less the case now with visual effects technology the way it is, but that caricature inherent in animated films I think also allows a greater suspension of disbelief for the audience. They’re willing to be swept away just a little bit more… Levare could probably be a live action film, but it would probably require 90% visual effects, and I don’t think it would work as well.

It’s funny… people often look at live action movies and call them realistic, just because they use real people and real locations, but a film is not at all a reflection of real life, it’s a distillation of life. It’s drama. It’s a caricature. Animated films are the same, but they also caricature the images and movement. They add another level of caricature, and I find that really appealing. It’s a shame that for most of the western world, animation is still considered a children’s medium, when it’s not being used for adult animated sitcoms. Animation has the ability to tell all kinds of stories, and I’m looking forward to demonstrating that with Levare.

It’s difficult to keep this list short… they’re many and varied. But growing up in the 80s and 90s, Lucas, Spielberg, Scott, Cameron, and Burton, were pretty big influences. Disney was experiencing a renaissance, and Lasseter, Stanton and Docter were doing great things at Pixar, which got me excited about animation. More recently I think Whedon and Nolan have been doing great work. There are others, but I think Brad Bird is probably someone I admire most. He’s a great director, and his love and respect for animation is infectious.

I think a film is great when its story is told well. Even a simple story told well can be very satisfying to watch. I don’t think it matters what genre, whether it’s live action or animated, low or big budget, laden with spectacle or shot on an uninspired set, if there’s a well told story in it, it’s going to work.

I’d love the opportunity to produce an animated feature film for a mature audience, that’s not a comedy. Levare will set the tone for the type of animated films I want to produce at Honeydew Studios, but I want to be able to move on to features at some point. I love short films, but they don’t have a market and are extremely difficult to finance. Feature films do have a market, and if my crew and I get the opportunity to produce one, we won’t be wasting it. We have plenty of ideas in development, waiting.

I sometimes dream about a day when I can go to a space all day every day, collaborate with a group of artists and just create great animated films, and do nothing else. To be able to just do what we love, and do best, all day and make a living from it, would be awesome. 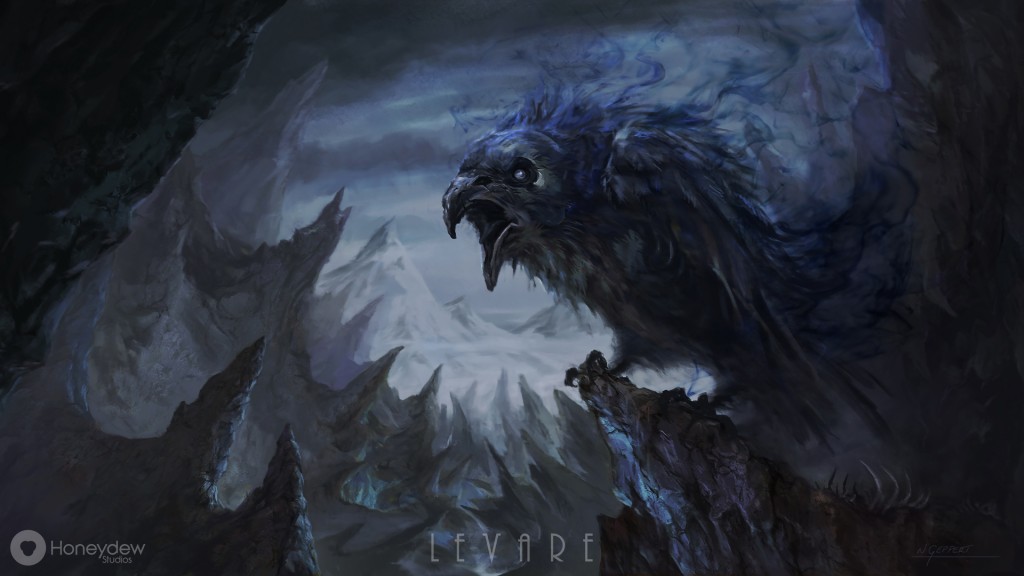 I’d like to tell young filmmakers to focus on their writing. It’s all in the storytelling. Rewrite your outline until it’s ready; don’t even start your screenplay until you’ve got a good outline. It’s easier to change words on a page, than to re-shoot or re-animate a scene… but I honestly don’t think that’s very helpful. I’d have ignored or misunderstood such advice if I was just starting out. I think the appreciation for getting the story right on paper comes from making the mistake of getting ahead of yourself. So, with that in mind, I’d tell them to start small, and make mistakes. If you try to do too much too early, you’ll burn yourself out. Make a simple film, and think about what you’d do differently if you made it again. Apart from production values, you’ll find you’d probably like to have a stronger script to begin with. That’s the foundation you’re building on. It has to be solid.