Looking into the world of Melbourne film producing 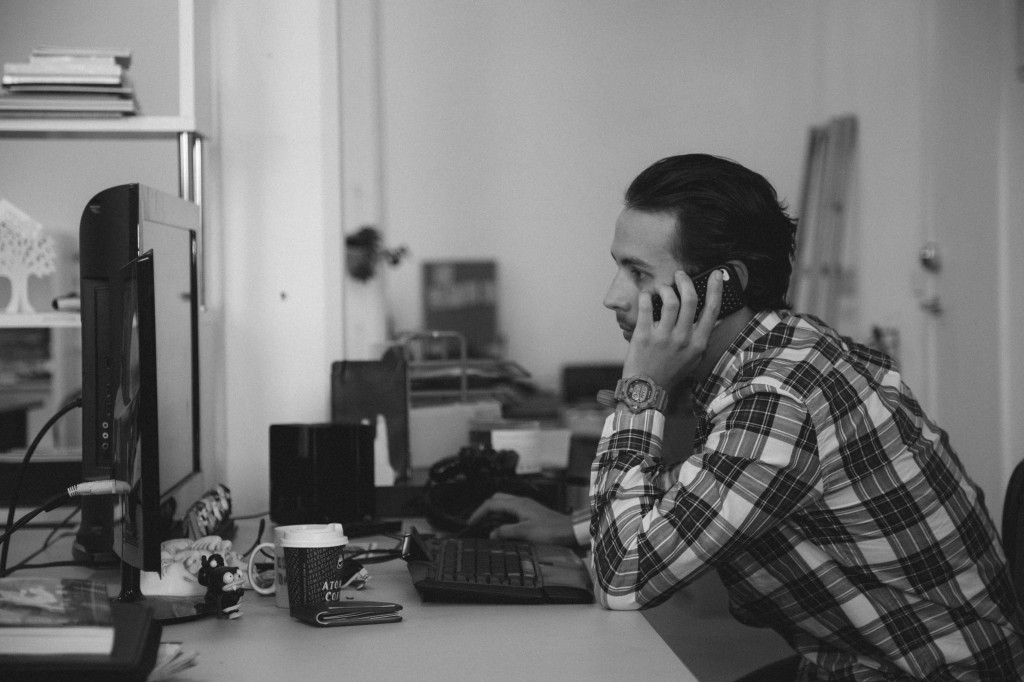 ReelGood was recently lucky enough to check out two short films that local producer George Rubanov was involved with, Rigor Mortis and Going Down. We sat down with George to talk about his experiences as a producer, how it differs from directing and his involvement with the Melbourne filmmaking community.

When did you begin to develop an interest in filmmaking?

I’ve always had a massive interest in story telling from a young age, whether it was Films, Music, Art, Comics, Books or Video Games. But after I got kicked out of University I turned to writing my own stories to stay sane, and realized that the stories I wrote were playing out in my head as vividly as real life sometimes, so I realized that making those ideas into film was the only way to do them justice.

Do you remember the first film you ever saw?

God this is really really tricky, so I’ll name the first film I remember seeing in a cinema, which was The Wizard of OZ (1939), back home in the middle of Siberia at the towns only cinema. It’s much better without emotionless Russian dubbing I must say.

Since starting your pursuit of a career in filmmaking, what are some of the biggest challenges you’ve faced?

I’ve always found that the biggest hurdling is juggling everything. Attempting to be creative, you never want to force it, so you try and give yourself enough room in your life to be able to sit down and write for a few hours if the mood strikes you. Reality is that ideas usually come to me when I’m doing something mundane like driving through traffic, or packing boxes at a part-time job. That has been the biggest challenge for me, to really allow myself to go down the rabbit hole with an idea that might come to me. So the juggle of part-time work, portfolio building, family, friends, sanity, hobbies, and everything else is really hard to balance right.

You’ve focused a lot on the producing side of filmmaking. What appeals to you about producing? For the uninitiated, what are the central differences between producing and directing?

I’ve only just really thought about the difference, and the best way that I can possibly put it is as a Director I’ve found myself telling the story I want to extract from a script, whereas as a Producer I feel the script should direct the director. It’s a weird one, but not every script or story that I choose to produce, I would ever direct, nor be able to direct well. That’s what appeals to me about producing, it’s a sort of bypassing the talent side of things, while still retaining artistic integrity. As a producer I’m free to make any film, as a director I really need to have a strong personal connection and obligation to the story. 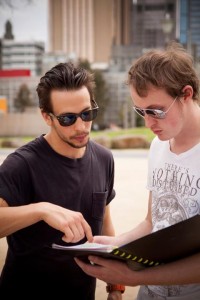 Are there many opportunities to inject your own creativity into the projects when producing, or do you primarily work to realise the director’s vision?

Every project is different. As personal professional integrity I have learnt to only work on stories I can be proud of. Not every director has a fascist personality, and my first and foremost priority is to make sure the directors vision is realized to the full extent. Some in the past have not liked my direct, hands-on approach as a producer in the early stages of pre-production, and that’s fine. A director-producer relationship is crucial to the success of a film, but if I am unable to work creatively as a producer in the  interest of the story, which is above the director and myself, then there is no reason for me to be involved.

What element of the filmmaking process do you most enjoy?

As I’m all about storytelling it’s the script development phase that I love the most. When it’s past sunset, there’s a few empty beers already around, and the writer, director and myself are all passionately discussing characters, and where we want to take them. I’m quite sadistic with my characters, and I always push the writer and director to torture the protagonists, if we’re not testing our characters then what’s the point.

Are there any other areas of filmmaking you’re involved in, or would like to get involved in?

Going back to my biggest challenge, overcoming the time spent writing vs. other things ratio would be great. I love writing, so I’d like to spend more time doing that. But in the past I’ve been involved in all parts; editing, gaffing, sound recording, camera operating, production managing, all of it. I also location manage to get by, which has been great in terms of putting me next to really experienced teams and learning from them. There’s always room for more development, if anything I’d love to get a better appreciation and understanding for cinematography. I’ve always felt that that’s the rhythm to a film, if the camera doesn’t dance in tune to the story, then it’s just like being at an underage dance on goon.

I did a short course in filmmaking and every person who came in and represented their niche role on set said that their department was 90% responsible for the quality of the screen. So with that in mind, filmmakers can’t do maths. It’s one of the most intricately balanced mediums to work in. Every department and factor is crucial. But it’s all about reaching full potential with a film. Story will always allow you some buffer if the acting is a bit weak, or the camera of choice was your iPhone. Obviously I’m trying to avoid saying the producer makes a great film. Every decision has to be in the interest of the story, if it works for the story, you’ll have a great film. 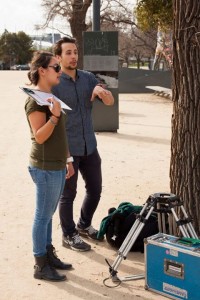 What are some of your favourite films? Are there certain films that influence you in your work?

Top films in no order for me are Apocalypse Now, Once Upon a Time in the West, 2001: A Space Odyssey, Andrei Rublev, Kill Bill, Ghost in The Shell, Akira, Mullholland Drive, Star Wars, The Thin Red Line. I like to be challenged as a film goer, and that’s what I try and do as a film maker. That doesn’t always mean challenge the audience intellectually and make something philosophical, but just doing something at least worth going to the movies to see. There’s so much stuff we see and hear about that we usually dismiss as ‘I’ll wait until it’s on dvd/I can download it’. I love the spectacle of cinema, so the films, or more Directors that have influenced me in that regard are the one’s that I feel have really pushed film as an art and entertainment medium.

What are you working on at the moment?

Currently I’m in Pre-Production on 2 short films, a twisted film about a Mermaid, and a one about ham-fisted Hitman, just about to finish post-production on the funniest film I’ve ever produced, Going Down, and trying to get Rigor Mortis, a film I produced last year about a funeral home mortician having an affair with a younger man, into festivals locally and internationally. I always say I’m not doing much, but it never feels like enough.

Definitely finish a few of my ideas off finally and see where that takes me. But as a Producer I want to really push the films I’ve created in the festival circuit and then try and secure some funding for more ambitious projects with some of the directors I’ve worked with. Of course always looking for new scripts to inhale.

Do the hard work, and get life experiences. Working your way up from the ground gives you a better understanding of what it takes to make a film, from conception to marketing, so get on set NOW, you don’t need experience to help out. Life experiences will help you come up with the idea for a film, so travel, read shitloads of books, comics, poems, anything, and watch films every chance you get.