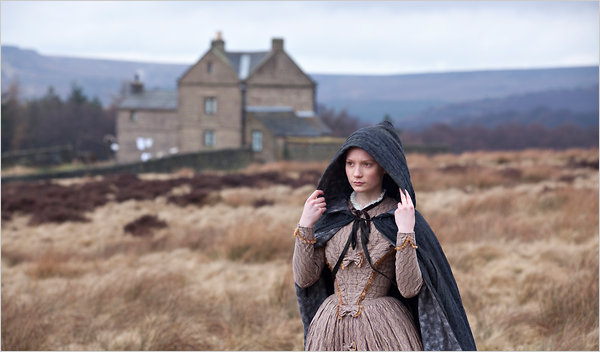 The best period films transport us to another time and place. They let us peek behind the curtains at a society that has now changed. They also tell universal stories that are still relevant today about love, loss, family and revenge. Wearing a corset seems like torture, but give me a film with wigs and top hats, fireplaces and no modern plumbing and I’m in. Here are seven great films celebrating the beauty and grandeur of period film.

This is the classic tale of a mortal woman being seduced by a sexy vampire. In period garb. It stars acting heavy weights Gary Oldman and Sir Anthony Hopkins alongside 90’s cool kids Winona Ryder and Keanu Reeves. Francis Ford Coppola directs it, and he has about a million Oscars. This is a dream team and what they’ve created is kind of insane. You can see it documented in the behind-the-scenes featurette. Do yourself a favour and look it up. It’s clear there was a clash of egos as Tony, Gary and Frank do their best to out crazy one another. Dracula had me at wigs and men in blouses but I also love this film for being so bold, dramatic and hilarious.

I’ve never read this book and I don’t need to because this movie is better than the book. Disclaimer: I have no idea if that’s true because I’ve never read the book. But this is my kind of movie. I cried watching the trailer. It follows the lives of four sisters growing up in post civil war America. There are life lessons, there is love, there is death and there is snow. Oh, and there are corsets. Directed by Gillian Armstrong and with a killer cast, from 90’s queen of corsets Winona Ryder, to Susan Sarandon and Christian Bale to Kirsten Dunst, Eric Stoltz and everyone in between. This is drama with a capital D and if you’re not moved by this tale of little women, you may just be a robot. (Ed. You may also be a robot if you were moved by the film.)

Shout out to Jane Austen. She really knows how to write a story. Her novels have made so many great screen adaptations. Don’t even get me started on Pride and Prejudice with Colin Firth and Jennifer Ehle. Emma Thompson wrote the screenplay for Sense and Sensibility. She also plays Elinor Dashwood, the sensible sister to Kate Winslet’s Marianne Dashwood, who is a compulsive romantic. These sisters have their trouble with money and love, but don’t worry, it all turns out for the best in the end. As well as the social commentary, the frocks and bonnets and English countryside, there are many things to love about this film. The acting is great and it’s directed by two-time Oscar winner, Ang Lee. If you’re shy of period films this one is bound to make you fall in love.

Written by James Cameron and starring Leonardo DiCaprio and Kate Winslet, Titanic is a story of star-crossed lovers. Not surprisingly, it ends badly. Not only does a giant iceberg ruin their date but also one of the lovers freezes to death. This was a massive film. It cost a bunch, made a bunch more, won a whole throng of awards including eleven Academy Awards and made James Cameron the self-proclaimed king of the world. It started the craze of standing at the front of a boat with your arms out saying ‘I’m flying’. It’s beautiful, stylish, romantic and action packed. Kate and Leo have great chemistry but this epic is epic. Running at 194 minutes, you’ll definitely need to pack some snacks.

Gladiator is a testosterone-fuelled period piece with most of the frocks and bonnets worn by dudes. Taking us all the way back to ancient Rome, a man vows to get revenge for the murder of his wife and child. Russell Crowe stars as the Gladiator and he kicks some serious ass. This is a huge movie which won five Oscars including best picture – though Ridley Scott missed out on Best Director. This is an epic movie about power, revenge and justice. There are stunning action sequences and a cast of thousands, which includes tigers. If you like swords, horses and blood then this might be the period drama to get your juices flowing.

Both written and directed by Sofia Coppola, Marie Antoinette stars Kirsten Dunst and Jason Schwartzman. It’s a colourful portrayal of the French Queen’s rise to power with an awesome soundtrack. And I mean literally colourful. The costumes are stunning. They’re lavish and bold and hot pink and purple. Pretty spectacular. And Milena Canonero won the Academy Award for her design. Sofia Coppola adds a modern twist to this historic tale making it fun, youthful and fresh. Marie Antoinette a kind of retro-Kardashian. She becomes lost in money and power and indulges her every urge while people starve. This film is a visual feast. It’s alive and sexy and probably the only period film that features songs by The Strokes, Adam and the Ants and New Order.

‘Jane Eyre’ is one of my favourite books. And this is by far my favourite screen adaption. Yes, I’ve seen them all. The screenplay adaption by Moira Buffini is so succinct yet still encapsulates all the most important moments. In the book, Jane and Rochester are described as ‘plain’. But surely they’re hot in everyone’s minds? That’s why it was so great when Mia Wasikowska and Michael Fassbender were cast. Sure, they’re excellent actors. But they’re also easy to look at. The whole design of this film is cool, too. It’s period without the frills. There’s frayed lace and fingerless gloves. Cary Fukunaga, who directed the first season of True Detective, is at the helm of this film. Going in with high expectations, I loved Jane Eyre. And if she were alive, I’m sure Charlotte Bronte would dig it, too.