You may kiss the ReelGood. 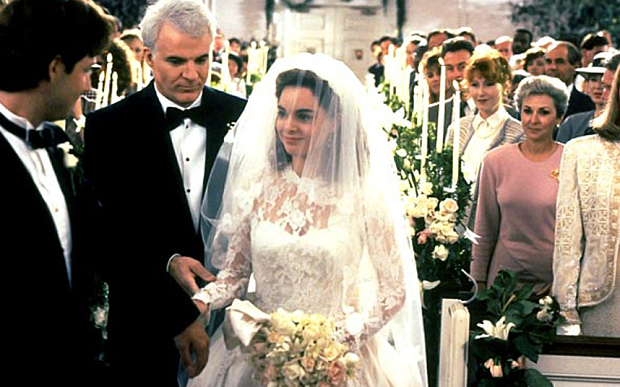 We cordially invite you all to the classic, unforgettable and best weddings in film history. From when the characters meet and fall in love all the way to the wedding day, here is a list, in no particular order, to suit both men and ladies:

In this lovely 2001 rom-com, wedding planner Mary (Jennifer Lopez) meets and falls for dashing paediatrician Steve Edison (Matthew McConaughey); not knowing that one of her clients is his fiancé. With great chemistry between two leads and a simple story line, we find ourselves rooting for the wedding planner and her client- and somehow it just works!

My Big Fat Greek Wedding demonstrates some of Nia Vardalos’s best work as she writes and stars in this timeless comedy. Vardalos brings to life Toula, a 30-year-old unmarried woman who experiences the pressure of marriage from her patriotic Greek family. But when she falls in love with American teacher Ian Miller (John Corbett) the question is whether she can convince her family to allow a non-Greek into the family. My Big Fat Greek Wedding 2 is certainly one for your diaries in 2016!

You don’t have to be an ABBA fan to like Mamma Mia, but you will certainly recognise the classic songs in this 2008 film. Set in Greece, Sophie (Amanda Seyfried) decides to search for her father before her upcoming wedding and invites 3 potentials candidates that she found in her mother’s diary. If the plot seems too simplistic or too cliche then perhaps the Greek scenery and watching the likes of Meryl Streep, Pierce Brosnan, Colin Firth and Julie Walters sing to ABBA’s classic hits will be enough of a persuasion.

A take on Charles Dickens’ classic novel A Christmas Carol, this film takes Matthew McConaughey on a journey of his previous encounters with women on the eve of his brothers wedding. With a convincing cast including Jennifer Garner as McConaughey’s love interest and Michael Douglas as his Hugh Hefner-like Uncle, this story will make you crave the Christmas season.

“…always a bridesmaid, never a bride” and “She’s about to find the perfect fit” are two taglines that define this sweet romantic comedy. Katherine Heigl plays 27 times a bridesmaid Jane who has yet to wear a wedding dress of her own. Her nightmares come true when her sister comes into town and falls the man Jane secretly loves; her own boss. While the plot isn’t particularly original, it’s the ridiculously creative bridesmaid dresses that are at the heart of this film. If you’re crazy for imagination when it comes to wedding themes, this film is your answer.

Kate Hudson and Anne Hathaway play best friends Emma and Liv who have long dreamt of their June weddings at the New York Plaza Hotel. Both girls get engaged at the same time but trouble lies ahead when they discover that there’s only one date available at their dream wedding location. The film covers every bridal nightmare and mishap but equally demonstrates that your ‘perfect’ day isn’t perfect without the people you love. Definitely one to watch at girly sleepovers with your best friend.

A film that cleverly trades the female as the Maid Of Honor for the male best friend. Patrick Dempsey (‘McDreamy’ to those ‘Grey’s Anatomy‘ fans out there) plays serial dater Tom who falls in love with his best friend Hannah (Michelle Monaghan) while she’s away in Scotland on a trip. His nightmare begins when Hannah introduces her Scottish fiance – leaving Tom to use his role as Made Of Honor to demonstrate his love once and for all.

Julia Roberts plays Maggie, who after leaving her previous 3 fiancés at the alter, is branded as a ‘runaway bride’ by journalist Ike (Richard Gere). With her 4th wedding on the horizon, Maggie’s is tracked down by Ike to her hometown after he’s convinced she’ll run again. A sweet and straightforward film with convincing chemistry between Gere and Roberts, this will always be one of the favourites.

Owen Wilson and Vince Vaughn play the rebellious duo Jeremy and John as they crash the wedding reception of the U.S Secretary of the Treasury’s (Christopher Walken) daughter. They fall for his other daughters and are suddenly tied between their hobby of wedding crashing and their prospective love interests. A very funny film with hilarious mishaps that focuses on wedding guests and uninvited guests.

The Proposal focuses on the solution of marrying someone in order to avoid deportation. That’s the situation book editor Margaret (Sandra Bullock) finds herself in when, to avoid deportation back to Canada, she convinces her Assistant Andrew Paxton (Ryan Reynolds) to pretend they are a happy couple. During a weekend away at his hometown, they have the task of convincing Andrew’s family and the immigration agency of their commitment.

This 2009 film takes us to Las Vegas where four best friends vow to have the best night of their lives for one of their stag nights only to have to retrace their steps after losing the groom, along with their memory of the night. The Hangover doesn’t focus on the wedding ceremony until the final half hour of the film, but rather lets the bachelor party upstage the main day.

Annie (Kristen Wiig) is asked by best friend (Maya Rudolph) to be her Maid Of Honor. Despite her personal and financial struggles, Annie aims to throw an unforgettable shower and wedding for the bride, which becomes true in every sense. With great casting, humourous mishaps and the theme of friendships evident throughout, this film won universal acclaim on release.

A comical guide on how NOT to meet the parents of your loved one. With a great cast including Ben Stiller, Robert DeNiro and Blythe Danner, Meet The Parents was a surprise hit for director Jay Roach, leading to two sequels, Meet The Fockers and Meet The Little Fockers.

A remake of the 1950s original of the same name, this feel-good film focuses on Steve Martin’s plan for his daughter Annie’s wedding. Featuring every aspect of planning a wedding and meeting the in-laws, Father Of The Bridge is a gentle and easy going ride. Both Martin and Diane Keaton’s performances are a joy to watch- with the additional entertaining performance from Martin Short as the French Wedding Coordinator

Victor (Johnny Depp) and Victoria’s (Emily Watson) have been brought together by an arranged marriage. But when Victor flees to the forest nervously to practices his vows, he mistakenly places the ring on a tree branch and as a result, marries a corpse. The race is on for Victor to marry Victoria before she is tempted by villain Barkis Bittern (Richard E. Grant).