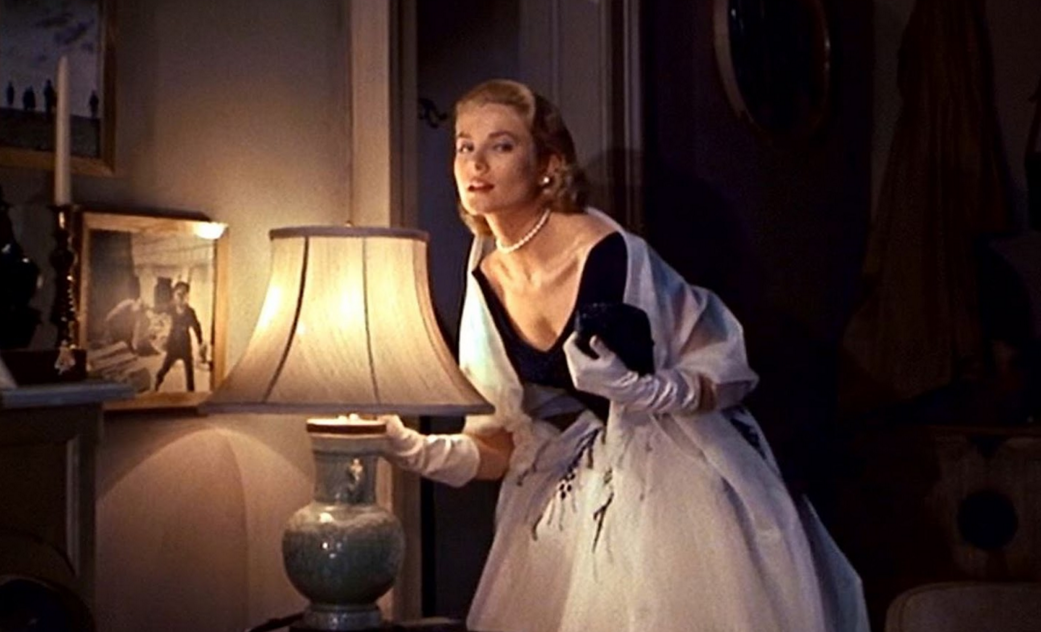 There’s something ethereal about the way Grace Kelly’s socialite Lisa Carol Fremont is introduced in Alfred Hitchcock’s classic, Rear Window. It’s a film saturated with atmosphere and Kelly’s entrance is an unforgettable example of Hitchcock’s sense of style. As protagonist, photographer L. B. “Jeff” Jefferies (James Stewart) dozes on his chair in his apartment, Kelly’s Lisa slowly emerges from the shadows and into focus, her face gazing almost directly at the camera. She approaches, seen in close-up from Jeff’s point of view, gradually coming into focus as he regains consciousness. It’s one of the most famously beautiful film stars in the world. Elegant, stylish, beautiful and, of course, blonde. “How’s your leg?”, she asks.

Arguably eclipsed by Welles’ ‘Cuckoo Clock’ speech later in the film, his introduction as Harry Lime in Carol Reed’s classic The Third Man is nonetheless unforgettable. Holly Martins (Joseph Cotten) walks away from Anna’s (Alida Valli) apartment, drunk. He spots a figure hiding in the darkness of the doorway on the other side of the street. A light from a nearby apartment illuminates the stranger’s face for just a moment. It’s Harry Lime (Welles), Martins’ old friend, blackmarketer and the titular ‘third man’. Astonished to Lime alive, Martins runs towards him, but the light is extinguished, and Lime vanishes.

A party at actor James Franco’s comes to an abrupt end when the apocalypse occurs. Celebrity comedians Franco, Seth Rogan, Craig Robinson, Jay Baruchel and Jonah Hill, all playing exaggerated versions of themselves, retreat to Franco’s fortress mansion, gather supplies, and settle in for the night. The morning comes and there’s another person in the house – Danny McBride – completely unaware of the previous nights events. He smokes a joint in the bath, emerges extremely satisfied and subsequently makes full use of all the supplies gathered in the kitchen.

Court composer Antonio Salieri (F. Murray Abraham) has heard of the prodigious Wolfgang Amadeus Mozart but never met him in person. Prior to an intimate concert for which Mozart will act as composer, Salieri retires retires briefly to the refreshment room. A young couple burst into the room, behaving obscenely, while Salieri hides from view. And then the strange young man hears something. It’s his music. The rude young man that Salieri was spying on is the famous composer, Mozart (Tom Hulce). “So that was he! That giggling, dirty-minded creature I’d just seen crawling on the floor…”

Everybody knew about The Joker before sitting down for Christopher Nolan’s The Dark Knight. The Clown Prince of Crime had been the famous archenemies of Batman for years and had already been made famous on film once before, by Jack Nicholson in Tim Burton’s 1989 Batman. But this was something different. A bank heist unfolds, the participants chattering nervously about the mastermind being the operation, The Joker (Heath Ledger). They’ve all been privately instructed to kill one another. The final bank robber alive lifts his mask, leans down to the bank manager and declares, “I believe whatever doesn’t kill you simply makes you stranger.”

“You brought two too many.”

Harmonica (Charles Bronson) has arrived and he means business, but not before a drawn out opening, which introduces three mercenaries and indulges director Sergio Leone’s love of taking his time. These three men mean business. They’re out for blood. They’re dangerous. And then Harmonica kills them. There’s always a bigger fish.

A sweeping moment in one of the most sweeping epics of all time, the entrance of Sherif Ali Ibn el Kharish (Sharif), is as iconic an entrance as it ever gets. Is it a friend or foe on the horizon? Lawrence’s (Peter O’Toole) escort runs to his camel to get a gun and is shot down by the mysterious figure in black. The figure arrives at the well and explains that the escort was shot for drinking out of the well. “I have drunk from it,” Lawrence confesses. “You are welcome,” is the answer.

It’s an entrance so significant that even the characters witnessing that it know that it’s a big deal. Stanley Ipkiss (Jim Carrey) and Charlie Schumaker (Richard Jeni) are humble bankers, going about their business like any other day. Enter Tina Carlyle (Cameron Diaz). If she’s not the most amazing looking woman in the history of film then this scene doesn’t know it. “Hold the phone. Killer at 3 o’clock.”

This is the entrance of the first real Bond girl (although not the first girl Bond is with, if you get our drift). Bond wakes up in the jungle on a tropical island to the singing voice of a woman singing the calypso song “Underneath the Mango Tree.” As she emerges from the water nearby, he’s stunned by the first look of her. It’s such an iconic entrance that it was replicated forty years and nineteen Bond films later, in Lee Tamahori’s Die Another Day.

It was reportedly an enormously exhausting process finding the man to play Hans Landa. He had to be able to act, speak five languages and speak them with the distinctive style that Tarantino dialogue is famous for. And then Christoph Waltz auditioned. The tension in this opening scene, one of the finest that Tarantino has ever directed, is enormous, and the stakes even more enormous. Everybody knows exactly what’s about to happen except the people to whom it’s about to happen.

The way Gilda (Hayworth) tosses her hair back you just know that she has a past with Johnny Farrell (Glenn Ford). This is an entrance so good that Frank Darabont included it in The Shawshank Redemption. “Gilda, are you decent?” asks Buenos Aires casino owner Ballin Mundson. “Who, me?” she responds. And the way she says it, you know that she isn’t.

What makes Laura’s (Tierney) entrance so remarkable is that she should be dead when she makes it. For half a film, the characters in Otto Preminger’s Laura ponder the cause of the titular woman’s death. And then she walks in. She’s unaware that she’s meant to be dead. She hasn’t read the papers or turned on the radio. All of a sudden, she’s caught smack bang in the centre of a murder mystery in which she’s the victim.

She’s a fake Cinderella, a flashy prostitute out in the early hours, window shopping in the famed jewellery store, Tiffany’s. It’s Manhattan, she’s wearing an iconic dress and Mancini’s “Moon River” is playing mournfully over the entire scene. The opening scene of Breakfast At Tiffany’s marked a transition for star Audrey Hepburn, from the innocent women she appeared to be in the film into the more edgy woman her character, Holly Golightly, actually was.

You can’t have one without the other, and they’re all historic. “The Ugly” is introduced first, bursting through a shop window. Then “The Bad”, who murders an entire family in cold blood. But it’s the introduction of “The Good” that sets the tone of Leone’s masterpiece. He’s a thief, a swindler and he betrays his partner. And that’s the standard for good in the wild west of Sergio Leone.

Half-dance, half-box, half-beautiful, half-brutal. A man in a boxing ring throws out his fists to the beautiful soundtrack of the “Intermezzo” from Cavalleria Rusticana (an opera by Pietro Mascagni). And it establishes the rage of boxer Jake La Motta (Robert De Niro). One of the finest scenes directed by one of the finest filmmakers to have ever lived.