The Melbourne International Film Festival does not have a 1/2 next to this year’s edition, but for some out there, it’s probably already starting to feel like another half of a festival.

Last year at this time, MIFF launched MIFF 68 1/2, that 1/2 being a recognition of the fact that it was the first-ever MIFF that had to be conducted entirely online. Despite being in the middle of a lockdown that ended up running several months, MIFF fans got to scratch their MIFF itch by watching the festival’s traditional lineup of great narrative features, shorts and documentaries from around the world, many of them fresh from other festivals that had also been conducted online. 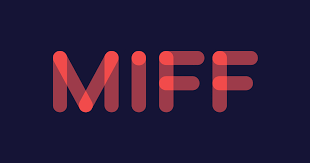 This year, it’s MIFF 69, and as of now, theatrical screenings are still planned. But the previous lockdown pushed forward the cinema portion of the festival by a week out of an abundance of caution, and now a second lockdown in Victoria announced yesterday — which is meant to run until the day before the first theatrical screenings are planned — is threatening the whole shebang. (Rest assured, MIFF will provide updates to all ticket-holders as soon as anything can be definitively decided.)

The good news? There’s still an online portion, and as of this morning, the films are now live.

In fact, 61 of the festival films can be found through MIFFPlay, this year’s streaming option that is available for the entire duration of the festival, until 22 August. Opening night of MIFFPlay was last night with Sian Heder‘s CODA, which had sold out attendance. The rest of the films are available for a $14 rental for the next 16 days.

MIFF had already planned to address social distancing considerations with the introduction of one particular new venue: Village Cinemas’ Coburg Drive-In, which as of now is planning to show such hotly anticipated films as Zola, Annette and Summer of Soul. At that unique venue, you’d only have to share close quarters with the people you came with. Whether those screenings might go forward, even if the others cannot, remains unclear.

MIFF has also cast a wide net to include Melbourne area venues that have not been traditionally been part of the MIFF slate, including Lido Cinemas, the Sun Theatre and Pentridge Cinemas, not to mention cinemas outside the city and throughout the region. These include the Pivotonian in Geelong, Peninsula Cinemas in Sorrento, the Theatre Royal in Castlemaine, Star Cinema in Bendigo, Paramount Cinemas in Echuca, Sun Cinema in Bright, Sun Cinema in Bairnsdale and even Wallis Cinema way up in Mildura.

Whether we’ll get to appreciate these grand new gestures by MIFF in 2021, or might have to wait until 2022, will be a function of the COVID cases over the week. So stay at home when you can, and don’t forget to check in when you have to go out.

While the lower densities in cinemas have put many sessions in standby mode already, there are plenty of tickets still available at miff.com.au.

One way or another, we figure to get our MIFF itch scratched in 2021.