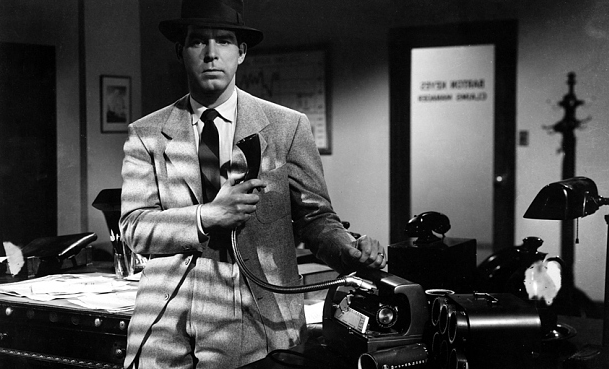 “As far back as I can remember, I always wanted to be a gangster”

Telling the story of a gangster’s rise up the hierarchy of organised crime, Goodfellas is narrated throughout by said gangster, Henry Hill. Played by Ray Liotta, Hill’s is a playful and often conversational voice-over that helps us to get into the head of a man with a desire to be a criminal. It’s a desire that we can understand early on, as the idea of freedom and belonging that comes from such a lifestyle is evident, but as the story goes on and the danger and recklessness of his life becomes clearer, so does the subjectivity and bias of Hill’s narration. This subjectivity is prevalent in many of Scorsese’s uses of narration, such as in Taxi Driver and The Wolf of Wall Street, and here it is certainly at its most effective, as we are left to question, or not question, the views of Henry Hill.

Matched perhaps only by Martin Scorsese, Terrence Malick is a master of voice-over. The poetic, meditative and unconventional narrations in films like Days of Heaven and The Thin Red Line are standout elements of those films. His most effective use of narration comes in what is one of the great debut films, Badlands. Sissy Spacek’s Holly, a young girl who finds herself on a killing spree with her older boyfriend, narrates the film. The naivety and perceived innocence of Holly, as she ultimately supports Kit’s murdering tendencies, works brilliantly in her narration of the film, as she constantly understates the severity of what we are seeing. The emotional coldness of Holly’s voice leads us to question that perceived innocence.

Like many noir films, much of Double Indemnity’s storytelling is done through voice-over narration. It is delivered by Fred MacMurray’s Walter Neff, an insurance salesman who is persuaded by the classic femme fatale, Phyllis Deitrichson, to assist in the murder of her husband. It’s another example of a film being narrated by a bad or morally ambiguous person. In terms of the film’s timeline, Walter’s narration comes from after the murder, giving the recounting voice-over a strong sense of regret and disillusionment, having now realised he was manipulated by Phyllis. Adding to this, the gloomy narration also works as a confession for his crimes, as Walter is speaking it into a Dictaphone for his co-worker, Keyes, to listen to. A wonderful example of using a dark and moody voice-over to establish atmosphere.

“Do I have an original thought in my head? My bald head. Maybe if I were happier, my hair wouldn’t be falling out. Life is short. I need to make the most of it. Today is the first day of the rest of my life. I’m a walking cliché.”

In a movie written by the real Charlie Kaufman, starring the fictional Charlie Kaufman, about both of their struggles to adapt Susan Orlean’s The Orchard Thief, a voice over narration is greatly appreciated. While the narration of Nicholas Cage’s Kaufman is never focussed on making this premise less confusing, it does serve as a brilliant way to get into the neurotic and self-loathing mind of the character. It often takes the form of a stream of consciousness, such as in the film’s opening where Kaufman’s extreme insecurities are voiced against a black screen, with only the credits appearing. Later in the film at Robert McKee’s Story Seminar, in an appropriately meta moment, more of Kaufman’s scattered voice-over thoughts are cut off by McKee shouting ‘God help you if you use voice-over in your work, my friends. God Help you’.

“‘I would never want to belong to any club that would have someone like me for a member.’ That’s the key joke of my adult life, in terms of my relationships with women.”

Like Kaufman in Adaptation, Woody Allen also uses narration to vocalise his neurosis. This is arguably most evidently in Annie Hall. Much of the narration happens in the form of breaks in the narrative, where Allen’s Alvy Singer addresses the audience, and makes observations and rants about topics like his relationship with the title character. This fourth wall-breaking style is particularly involving, and also allows for a lot of Allen’s distinctive humour.

“Back when they were together she could go weeks without anything more complicated than a pout. Now she was laying some heavy combination of face ingredients on Doc that he couldn’t read at all.”

Paul Thomas Anderson’s hazy, confusing, messy and convoluted adaptation of Thomas Pynchon’s Inherent Vice could be excused for having an explanatory narration that helps guide us through the disarray. However, the narration throughout the film generally seems more concerned with things like tone, atmosphere and most of all, style. The role of narrator is filled by Sortilège, a secondary character who has an unexplained magical presence within the film and a seemingly omniscient view over what is happening. Sortilège’s voice-over also allows Anderson to fit in as much of Pynchon’s prose, which he clearly adores.

“To those of you who do not read, attend the theatre, listen to unsponsored radio programs or know anything of the world in which you live – it is perhaps necessary to introduce myself”

Like Inherent Vice, All About Eve also features a narration from a non-main character. It comes in the form of the snobby and scathing theatre critic, Addison De Witt. While his narration is not constant throughout the film, the parts where it is present really stand out. One of the most memorable of these moments comes in the opening of the film, in which De Witt judgementally introduces the characters and themes of the film and ultimately sets up the conflict that is to come between the famous actress, Margo Channing and her ambitious adorer, Eve Harrington.

In David Michôd’s operatic crime drama about a seventeen year-old boy who is thrust into his dangerous criminal family’s life, much of the truth comes from the often inarticulate yet poetic voice-over of Jay – the seventeen year old boy. It is through this narration that many of the characters are introduced, with succinct sentences like ‘Grandma Smurf – she just seemed to wanna be wherever the boys were’. The ideas that carry the film, like the fear that criminals constantly feel, are also established through Jay’s introductory narration, and are then built upon throughout the film..

“Dear Diary, my teen-angst bullshit now has a body count.”

In a movie that takes typical high school life and movie tropes, and satirises and exaggerates them by adding in elements like murder, it makes sense that the typical narration style of such movies would be played with too. Heathers sees the typical ‘Dear Diary’ style of narration being used by Winona Ryder’s Veronica, but rather than just talking about insecurities and boys, her diary entries often involve recounts of murder. The hilariously unaffected and sarcastic nature of Ryder’s delivery makes for some brilliant diary entries, resulting in some very quotable lines.

The subjectivity prominent in narrations like that of Badlands is present and effective in the Coens Brothers comedy, Raising Arizona. It’s a film about a repeat criminal and his ex-cop wife – whom he meets whilst getting his mug shot taken – and their mission to start a family by stealing one of another family’s quintuplets. With such morally questionable and hilariously absurd actions being undertaken by our protagonists, the narration of Nicholas Cage’s H.I is essential, as it gives us justifying lines like ‘we thought it was unfair that some should have so many while others should have so few’. The way in which he is constantly understating the severity of his actions, like Holly in Badlands, has the effect of making him more and more loveable. At the end of the film, H.I’s voice-over is attached to a dream he had about a possible future, in what is a strangely heartfelt and even transcendent sequence that elevates the film to a classic status.