Nothing is a flat circle. 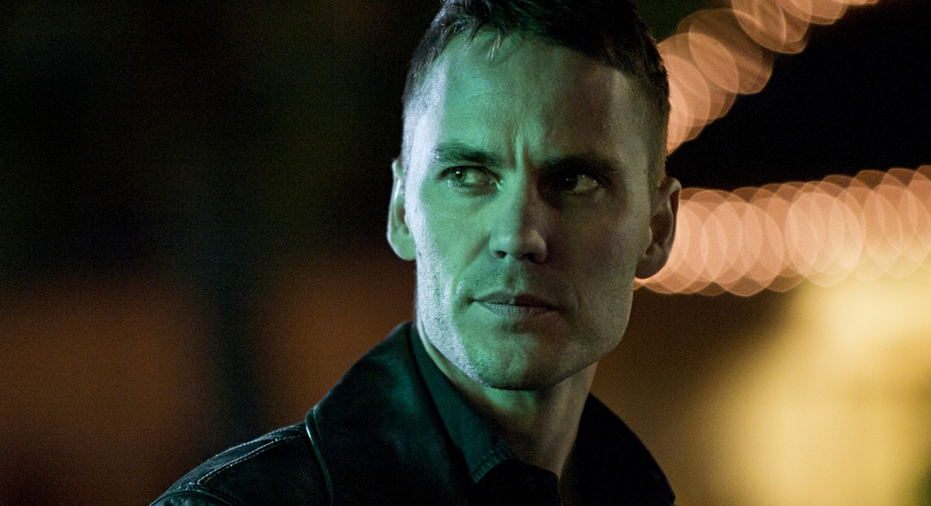 “I was never excited about Pizzolatto’s declaration/boast that the series would subvert the clichés of detective shows. That sounded like a show that would just have a handy excuse whenever it did indulge in its own clichés, being able to accuse critical viewers of not being able to grasp its cleverness.” – Amy Sullivan of The Atlantic. “

‘The Western Book of the Dead’, the first episode of the second season of HBO’s crime series, True Detective, aired this week to an underwhelming reception. “Season 2 of True Detective appears to have abandoned abandon,’ Mary MacNamara of the Los Angeles Times observed, ‘it is careful and controlled in a way that seems highly self-conscious.’ Vinnie Mancuso of the New York Observer quipped, “Is this season just a parody of last season, which already was kind of a parody of itself?’.

“I was doubtful about the casting at first, primarily with Vince Vaughn in a darker role, but the first trailer sold me,” Erin Whitney of The Huffington Post wrote.” Dark, brooding, moody — everything I loved about Season 1, and was excited to find in Season 2. But alas, after watching Sunday’s premiere, I’m sad to say I was incredibly underwhelmed, not to mention pretty confused.” Where this confusion and astonishment is emerging from isn’t immediately apparent. The lacklustre response might have been surprising had all the warning signs pointing to a disappointment not been entirely discernible since production of season two had been announced last year.

For the uninitiated, which is probably nobody reading this article, True Detective is engineered as an anthology. Each season pertains to a unique narrative with a unique set of characters in a unique location. Unlike most television series, which traditionally employ a collective of directors, writers and cinematographers who then work individually on episodes, season one of True Detective was written entirely by one person – showrunner Nic Pizzolatto – directed by one person – Cary Joji Fukunaga (Jane Eyre, Sin Nombre) – and shot by one person – Adam Arkapaw (Animal Kingdom, Snowtown). This arrangement wasn’t a new concept to television – far from it – but it’s a rare enough thing and True Detective is arguably the single most compelling example of singular creative vision throughout an entire season of television.

Nic Pizzolatto is the showrunner of True Detective, which is (not entirely but sort of) a mix of what a director and a producer does on a film (again, don’t quote us on that). Vince Gilligan is the showrunner for Breaking Bad, David Chase was the showrunner for The Sopranos, David Simon was the showrunner for The Wire and David Benioff and D.B. Weiss are the showrunners for Game of Thrones to name but a few minds behind some of the more dominant television series. Before creating True Detective, Pizzolatto had worked as a literature professor at a number of universities and had achieved success with a short story collection that was published as Between Here and the Yellow Sea as well as a full-length novel, Galveston. Pizzolatto was also briefly on the writing staff for AMC’s The Killing, although he became frustrated with the creative direction of the show and left a couple of episode into the second season stating,”I want to be the guiding vision. I don’t do well serving someone else’s vision.” In April, 2012, HBO picked up his concept for True Detective.

Besides Pizzolatto, Fukunaga and Arkapaw, other central figures in the success of season one of True Detectives include actors Woody Harrelson and Matthew McConaughey and composer T-Bone Burnett. None of these contributors, with the obvious exception of Pizzolatto and the maybe not so obvious exception of Burnett, returned to contribute creatively to the second series. The problem is that Fukunaga, Arkapaw, Harrelson and McConaughey were arguably more crucial to the success of the first season than Pizzolatto himself.

If you’re examining the written element of True Detective season one then the real strength lies in Pizzolatto’s engagement with weird fiction, or all that Yellow King and Carcossa stuff. Weird fiction is a specific genre of speculative fiction that blends the supernatural, the mythical and the scientific. Suggesting that the central murder investigation was somehow linked to all those outlandish concepts that were rooted in weird fiction, chiefly purloined from American writer Robert W. Chambers, was one of the most compelling elements of the show.

Regarding narrative, the first season was as or less inspired than your average, humdrum television police procedural. Regarding character, Rust Cohle was fascinating to watch and to listen to, although it’s more likely that the success of Cohle was a result of McConaughey’s performance and the thought behind Pizzolatto’s writing than any strength in character creation on Pizzolatto’s part. Regarding dialogue, Pizzolatto’s comfort zone is McConaughy-delivered existential monologues. Straying too far from that zone and his characters tend to either voice exactly what they’re thinking or laborious exposition-burdened dialogue. “I am not comfortable imposing my will on anyone, and I haven’t been since 1978,” a character in ‘The Western Book of the Dead’ offers. Ok, thanks.

If you’re delving even more into the written element of True Detective season one then it’s hard not to concede that all of the factors that Pizzolatto employed to engaged us were ultimately meaningless. All that Yellow King stuff, all that Carcossa stuff, all that Robert W. Chambers stuff. Even the subplot (a generous word given the outcome of season one) regarding the Tuddle family was all fluff to trick us into thinking we were watching something meaningful and intellectually satisfying. We weren’t. It was stacking narrative pay-off upon narrative pay-off without thought as to whether the show was actually earning those moments. You know all those things that you’ve been interested in? Yeah, they’re inconsequential. Along along it was just this fat guy who sleeps with his sister.

“You’re angry at the entire world, and men in particular, out of a false sense of entitlement for something you’ve never received.”, one of the characters in ‘The Western Book of the Dead’ quips. It’s not hard to imagine this is Pizzolatto’s sly rebuke at fans who were disappointed by the season one finale, of which his frustration is well documented. But surely by introducing these fascinating elements into the narrative built that sense of entitlement up for the audience? The finale negated almost every interesting element that had come before it; elements that Pizzolatto was responsible for. The sense of entitlement regarding the outcome of everything that the show had included from episode one through to seven was surely more than warranted. It was Pizzolatto that suggested greatness in his series in the first place. The finale didn’t need to be everything, it just needed to be something.

Pizzolatto’s material on a written level was a poorly plotted police procedural that was elevated by the work of Robert W. Chambers, among other writers. Fukunaga and Arkapaw’s work was immeasurable in elevating True Detective even further. Their seemingly effortless intuition for direction and cinematography respectively is well catalogued by their body of work. Fukunaga managed to make a compelling film based on Jane Eyre (no slight to the novel, rather film adaptations of Victorian literature are notoriously poor), which is no mean feat. Neither have returned for season two of True Detective. If the fact that True Detective is all style over substance is now established then surely Fukunaga and Pizzolatto are the men responsible, not to mention Burnett and production designer Alex DiGerlando (recruited by Fukunaga) for the show’s success?

This isn’t intended as a vilification of Pizzolatto but rather a lament regarding the absence of the key figures of True Detective season one in this new season. Pizzolatto may have been the biggest strength and the biggest weakness of season one. He had scope of vision, an engrossing central character, a flair for engagement and an ace up his sleeve in his fusion of weird fiction into a police procedural. He lacked the command of his material to generate any significance out of those strengths.

Pizzolatto’s is a grim, grim world. “This is my least favourite life,” the world’s grimmest singer/songwriter sings towards the conclusion of the most recent episode. There was a sense heightened reality to season one, perhaps thanks to all the elements of strange fiction. The grimness served a purpose. In ‘The Western Book of the Dead’ it’s just oppressive and melodramatic. And without Fukunaga, Arkapaw, McConaughy, Harrelson or a ripper opening tune to prop up his lofty ambitions, Pizzolatto might be lost in the sea of narrative cliche, from the gangster trying to go straight to the tortured war veteran.  Look no further for proof than ‘The Western Book of the Dead’. Also, we won’t dwell too much on Pizzolatto’s regard of women because it’s been comprehensively covered in season one recaps but did you notice that four out of the five women that were introduced in ‘The Western Book of the Dead’ were defined as characters by their sex drive?

Side note: the new theme song is shit. Here is the old one for your listening pleasure.