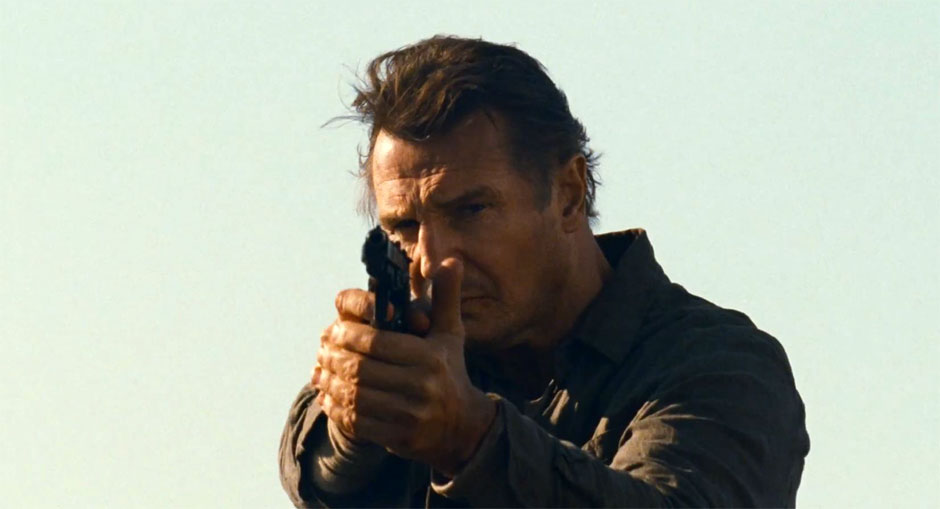 Everyone loves action heroes in all his or hers glory. We’ve seen them all, the muscled idiot, the renegade lone wolf, the intellectual hero and the jungle traversing leading lady. We love them because we trust them, trust them to sweep us out of any sticky situation and save us from the baddies… but would we trust them with our children or with our monotonous day-to-day errands? It’s hard to imagine Clint Eastwood peeling the potatoes, but lucky for us there are a number of stars that have successfully transitioned from the world of action to a more familial scene.

With over 200 films to his name, John Wayne is our greatest iconic western hero. He fits the bill well and set the bar high for action stars to come. One of the mosts memorable visions of John Wayne is as Rooster in True Grit, the ‘greasy vagabond’ who pulls through and saves the day. It may come as surprise however, to hear that Wayne has a number of romantic comedies sitting comfortable under his saddle. Perhaps the most well known is The Quiet Man, where Wayne plays Sean, an American who moves to Ireland and falls in love with a fiery Irish woman. The film was characterised by the romantic shots of the Irish countryside and was seen as a significant departure from Wayne’s normal western themed characters.

Everything about Sean Connery screams action hero, from his confident smirk to the timbre of his voice. I guess we can all agree that he is best known for his portrayal of James Bond, even though Connery reportedly resents the fact. Finding Forrester shows a softer, albeit still rough around the edges, image of our favourite Bond. Connery plays a reclusive writer mentoring an underprivileged young student. It’s a very moving and poignant look into the aging process and the freedom that comes with overcoming racial prejudices and showcases Connery’s abilities as an actor, reminding us that he is much more than just an action hero.

The quintessential hero, this list could not be complete without the bursting muscles of Arnold Schwarzenegger. In 1990 Kindergarten Cop saw Arnold swapping machetes for timetables as he faced his biggest challenge to date – a class of hyperactive six year olds. If you haven’t seen this film already we suggest you rent it immediately. Four years later we saw Arnie in the most hilarious premised Junior, in which the action star turned good guy geneticist is pregnant and poised to give birth to his very own junior. Although critics had mixed reviews, these movies now have a cult following.

Vin Diesel and his disappearing neck gained notoriety as an action hero from The Fast and The Furious franchise, where his character dripped with action hero swagger. He tried his hand at family comedy in the Pacifier, which ultimately fell flat. Something about Vin diesel’s portrayal just doesn’t come off as genuine. We’d much rather see him being a bad ass than wiping them. However, that’s not to say that there aren’t some WWE stars that didn’t get it right. Mickey Rourke is cut from the same cloth as Dwayne Johnson. Mickey’s physique and banged up face slots him into this cliché perfectly, however his role in The Wrestler sets him dramatically apart. His portrayal of a washed up 80’s wrestler star is heart wrenchingly poignant. Be warned, you will cry.

One actor who seamlessly transitions in and out of different genres is Liam Neeson. His powerful spiel in Taken ends with the spine tingling “ I will look for you, I will find you and I will kill you”, which has joined the ranks of memorable action film quotes. However, his role in Love Actually proves that the hard veneer of the action hero can be broken down into something quite lovely. His portrayal of a newly widowed father warms the coldest of hearts. One could almost forget his very special set of skills… almost.

Chloë Moretz breaks the mould of the typical action hero profile. No it’s not her sex, with countless women before her proving that females can take on any villain. It’s her age, kicking serious butt in Kick Ass at only 13-years old. She packs a punch, loads a gun and slices through arms as if she was born to play this part. However, her doe eyes and genuinely good acting gives Moretz a charm that easily translates across genres. For example as her supporting role as the tough but fair sister in 500 Days of Summer, the eccentric friend in Hugo and her emotional new role in the movie If I Stay.