In real life, Paris wins the ‘City of Love’ crown hands down. In film, it’s the City of New York that holds the title both in volume and sheer diversity. The streets of Coney Island offer the super-dark Requiem for a Dream as well as the dual star-driven fluff Two Weeks Notice. A short train-ride into Manhattan midtown has you tripping over several incarnations of the Sex and the City franchise, spin-offs and derivatives, as well as many bona fide vintage classics, such as Pillow Talk, His Girl Friday, Mame and Breakfast at Tiffany’s. There’s hardly a need to put on the Google goggles and trawl the interweb superhighway to confirm that there are too many romantic films set in New York City to list.

The first time I visited New York, I stayed for six weeks. I grew rather fond of reading the Village Voice Personals not because I was searching for luuurve, but for their entertainment value. One entry was submitted by a feisty single Jewish African American lesbian, ‘seeking same’. That, in a nutshell is what I love about New York. You may well be the minority, of a minority but no matter how unique you are, you’ll always find a group to belong to in that fabulous melting pot that never sleeps.

Like all New Yorkers, I’ve decided to focus on a niche. My sort of people are individuals, have a love of culture, and they have soul, this is reflected in my short list. My favourite of all New York romcom’s tend to be of the quirkier variety. They tend also, to involve the city and it’s locations to a point where the Big Granny Smith is also a character in the story.

The intense concentration of the street performer as he drums in the subway is a memorable opening to Peter Weir’s Green Card, a tale of a couple who meet, marry, then fall in love. Perhaps it’s the misanthrope in me, but I love Andy MacDowell’s apartment, her hilarious friend, her grumpy old family lawyer and her cool parents as much as I like Green Card’s love story that unfolds between her and the always charmingly oafish Gerard Depardieu. In one memorable sequence their cab grinds to a halt in a city-wide strike; our heroes have to run through Central Park in order to get to their all-important Immigration Dept. interviews on time. The way they instinctively help each other traverse the massive green divide of Central Park shows how far they’ve come, and have been changed for the better by one another. 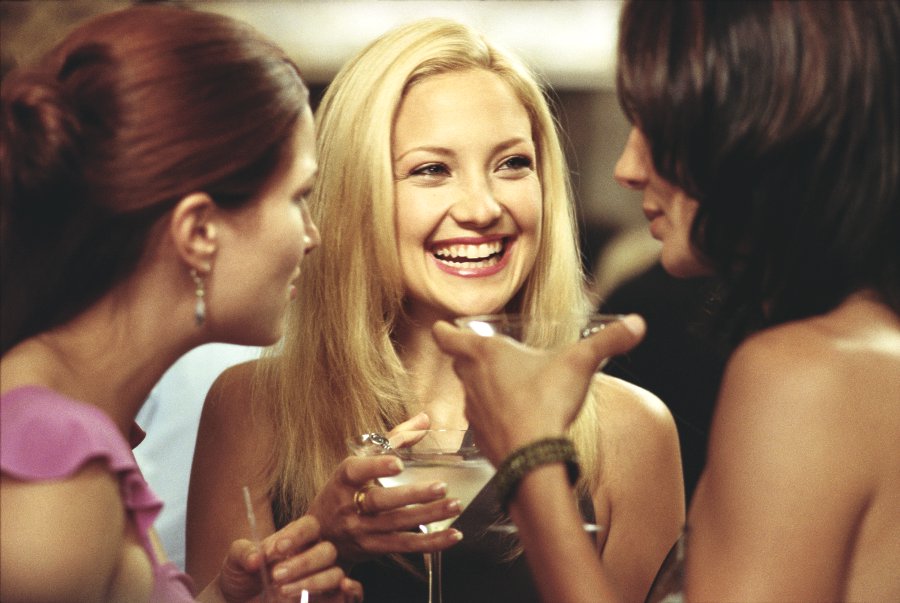 You’ve Got Mail, like Green Card, contains a minor character that’s particular to Manhattan-made movies. The loyal Doorman whose devotion to his sweetheart inspires the jaded big city protagonist to give true love another try. The film also showcases the delightful village-like atmosphere of the Lower East Side. Plus, it’s based on a Hollywood film set in a general store in Hungary, which in turn was based on a stage-play set in a Budapest perfume shop. Can’t get much quirkier than that. The mini essays the two romantic leads compose for with each other is another key element of You’ve Got Mail, and their shared delight in, and of, those seemingly insignificant yet quintessentially New York moment, such as the way the flour clouds in the air as it gets poured into the basement of the local bagel joint, or the hilariously obsessive details people give as they order their morning caffeine jolt from Starbucks.

Films like How to Lose a Guy in 10 Days, Loser and What Women Want made several Best 100 Romcom’s lists, and it’s not hard to see why. They have polished screenplays that hit all the points, they are directed and shot well, and have lead actors who know exactly what their fans want to see. But the films lack a certain soul. Sure, the protagonist learns something meaningful about themselves along the way, but would you want to be them, or end up with them? They’re a little too generic and unreal to really be interesting.

A quirky Manhattan independent romcom from a while back that didn’t disappoint stars Sarah Jessica Parker and features Elle Macpherson and Ben Stiller is If Lucy Fell, a tale of two friends who made a pact in college. Years later, their deadline is up and still, neither is married. Will they each find a romantic partner? Will they both commit suicide by jumping off the Brooklyn Bridge like they promised all those years ago in college?  Or will they realise they’ve been in love with each other all along and finally get it on? It’s a romcom, so no prizes for correctly guessing which option they go for and the various hilarious bad date high-jinks that distract them along the way.

There’s a bronze sculpture in Central Park of Alice and friends at the Mad Hatter’s Tea Party. Sarah Jessica Parker (who plays a shrink, with a father who’s also a shrink) meets her overbearing Dad near the sculpture every now and again, for coffee and a little family time. No doubt the Freudians’ will have a field day analysing that one. As far as I know, If Lucy Fell is the only film to have ever shot in front of that artwork. The story is richer, more unique and engaging for it. And if a romcom should be anything, it should be irresistibly, irrepressibly individual.