A few years ago, I found myself in the extremely awkward position of sitting next to my mother in a Greater Union cinema watching a French film (it’s always the fucking French) about a women who was trying to achieve the ultimate orgasm. Neither of us had known much about the film before sitting down, which is how we ended up in that particular state of affairs, but watching the main character reach her goal in one of the final scenes with mum right next to me is right up there as one of the most uncomfortable experiences of my life. Needless to say there was none of the ‘what did you think?’ banter as we left the building. Sex. It’s good. It’s also an extremely popular staple of the silver screen. But sometimes cinema’s portrayal of doing the dirty can reach 11 on the eccentric scale. Here are ReelGood’s top 7 weirdest sex scenes in film.

And you thought ejaculation sight gags were a thing of the past. It’s unclear what director Zack Snyder was really going for with this scene, but if his main goal was ‘unpleasant, creepy and uncomfortable’ then he absolutely nailed it. This scene in Watchmen almost destroyed everything we love about sex, comic books and Leonard Cohen. 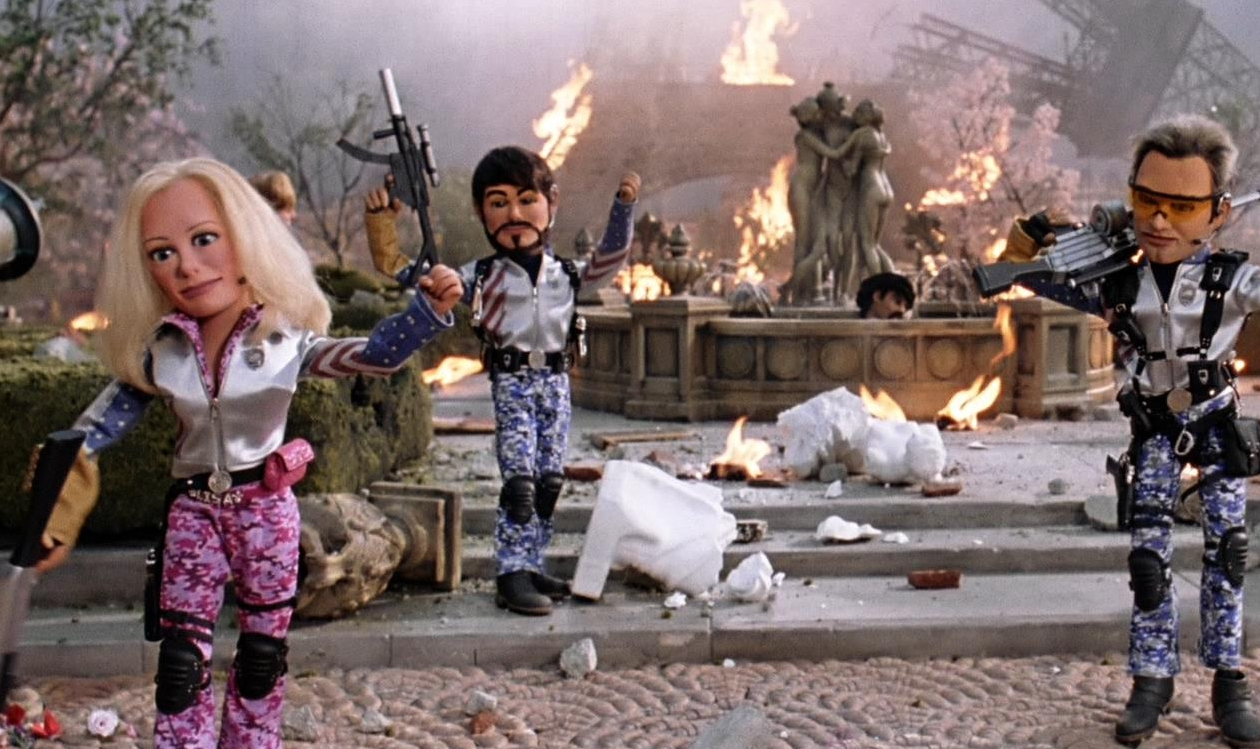 It’s telling that the scene in Team America: World Police in which puppets engage in some of the most extreme sexual positions known to man is probably the most appealing scene on this list (unless you really like wounds. See below).

Are we heading in this direction? Back when Demolition Man was released, a lot of you might have thought that internet dating was a crazy idea. I’m personally rooting (pun intended, after I realised it was a pun) for this form of intercourse as it combines two of the greatest things in the world – sex and wearing helmets.

We all discovered a little bit more about George Lucas after watching Howard the Duck. The film is filled with disconcerting duck sex gags, from duck breasts to Howard’s feathers stiffening up like an erect penis as he’s being seduced by Lea Thompson. I guess we can be thankful we were never subjected to a Jar Jar ass-to-ass scene in The Phantom Menace.

How sexy are wounds? If your answer to that question is ‘yes’ then David Cronenberg’s 1996 Crash is the film for you, my friend. For everybody else, there’s a pretty big chance you’ll accidentally rent this out in mistake for the 2004 Oscar-winning film of the same name. They’re very different movies.