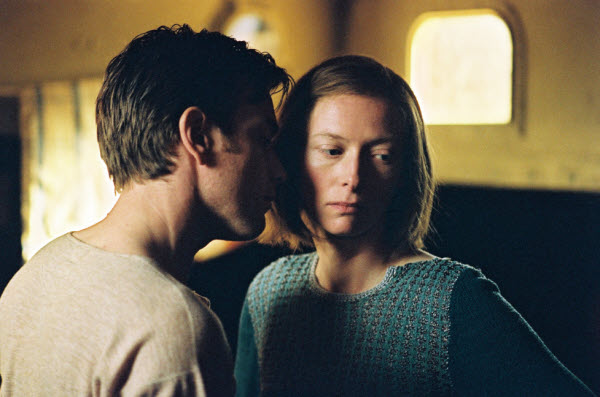 If you’ve seen a crime film, noir or one of the many nocturnal, urban thrillers of the past 50 years, chances are you’re already familiar with the femme fatale. Even if the term isn’t familiar, the kind of character she is will be: sexually assertive, ambitious and amoral – a wolf in sheep’s clothing.

But what about l’homme fatale (the deadly man)?

Now, the last century has been a hotbed of duplicitous, nasty men: psychopaths, egomaniacs, narcissists, compulsive liars and con artists – but some reason the homme fatale has remained a cinematic wallflower. Films which appear frequently in “best of” lists often contain some of the nastiest fictional male characters of all time (Taxi Driver, The Godfather, Silence of the Lambs, A Clockwork Orange to name a few), but what differentiates a man who is merely malevolent from a man who is a homme fatale?

Perhaps what defines these characters is their ability to be all these nasty qualities at once while existing under the radar, their true capacity for evil unknown to most. These are men who rely on social and sexual seduction to keep their true personas under wraps. His success lies in his charm, his looks, his sexual assertiveness and his confidence. Like a femme fatale, his tactics are normally more cerebral than physical – this is someone who plans, prepares and play-acts.

In some ways, the homme fatale is deadlier than his female counterpoint. You won’t see him sauntering down the stairs in slow-motion, emerging out of a smokey haze with a lifted brow that screams, “You know I’m no good”. But let’s examine the evidence! In no particular order, here’s my top 5 homme fatales (SPOILERS AHEAD):

Two hommes for the price of one, Swoon tells the real-life story of Leopold and Loeb, two American law students who, spurred on by their lust for each other and their shared passion for breaking the rules, kill a fourteen year old boy to experience the “thrill of the kill”. And boy, they sure do make an interesting couple. Both are tall, dark and handsome, and spend most of the film lolling about in a bedroom together, smoking, discussing the details of the murder as casually as if they were planning a picnic.

Shot in high-contrast black and white, the film shows how the young men eroticise the act of killing and contrasts it with the real-life mess of murder. And like any femme fatale worth her salt, the two men end up trying to betray each other in a tense montage of their simultaneous interrogation, all the while digging their own graves deeper. With a sumptuous and sombre score and terrific lead performances, this is one underrated gem worth finding.

Perhaps one of the slyest homme fatales on this list, Tom Ripley will use any and all tactics to satisfy his ambitions. A poor twentysomething living in New York sometime in the 1950s, Ripley has the good fortune to fool his way into a trip to Italy, where he subsequently insinuates himself into the lives of a wealthy couple, Dickie (Jude Law) and Marge (Gwyneth Paltrow). After growing sexually attracted to and possessive of Dickie, he murders him and assumes his identity. A talented impressionist and con artist, this film plays like a queered, demented version of Catch Me If You Can (2003) as Tom runs from lie to lie. Matt Damon gives an impressively two-faced performance as Ripley, allowing us to be complicit in his deception. Watching him manipulate men and women with charm, grace and a falsely modest persona is thrilling.

The film is fascinating because it refuses to shy away from the homoerotic relationship between Tom and Dickie (a problematic obsession which threatens Tom’s growing ambition and his newfound social status) and Tom’s subsequent relationship with Peter, a British man who further complicates Tom’s ability to lie indefinitely. Tom Ripley is one of many homme fatales who eventually gets away with his crimes, but the sacrifice he makes in order to do this will break your heart. The final shot of the film is absolutely haunting.

This homme fatale is by far the most complex on this list. The sheer scope of his ambition and his utter lack of remorse is transfixing and baffling. In the dual role (or quadruple role, if you include his stage name and his drag queen moniker) of Ignacio and Juan, Gael Garcia Bernal plays layer on top of layer with a character who never seems to reveal his true self. But it’s not just Bernal’s fantastic work – Pedro Almodóvar keeps the audience in the dark for as long as possible in this stylised, colour-saturated noir.

To reveal the plot would be a crime – and to be honest, if you haven’t seen the film already, a plot description would just be confusing while trying to discuss Ignacio/Juan. Let’s just say, Tom Ripley isn’t the only one who likes to play dress-ups. This homme is also notable for how explicitly he uses his sexuality to get what he wants. In one scene, Ignacio/Juan emerges from a pool in clingy white undies, and deliberately flaunts his ‘goods’ in the aim of securing a film role. Shameless.

On the opposite end of the spectrum, Joe Taylor (Ewan McGregor) is subtle psychopath. You couldn’t even really say that he commits the act of murder – an anomaly on this list. Even though he doesn’t kill anyone with his own two hands, Joe does what any homme fatale would do when confronted – he seduces you or leaves you for dead. He may not have killed anyone directly, but he does choose to let two people die, as well as committing rape.

Whilst working on a barge run by a middle-aged couple, Ella (Tilda Swinton) and Les (Peter Mullan), Joe discovers a body floating in the water – the body of his pregnant ex-girlfriend, Cathie (Emily Mortimer). He doesn’t say anything about their prior relationship or her death, and instead starts up a torrid affair with his superior, Ella. The affair coincides with a police investigation into Cathie’s death, one which Joe observes with an obsessive and morbid curiosity.

Joe’s sexual forwardness is really his only weapon – he hasn’t got wealth or power – and the film chronicles his rather clumsy attempt to absolve himself of past crimes and move to greener pastures. As Joe, Ewan McGregor is curiously likeable and completely reprehensible. He plays a man of little words, who, in the end, lets his silence define him. His most destructive impulses seem motivated by sex, which he uses to wreak havoc. The film is set to a slow-burn, jazzy score, and for a film dripping with sex scenes, it hasn’t got an erotic bone in its body. A triumph of mood, and an engrossing character study, Young Adam asks the question: how does an amoral man live with his sins?

My personal vote for most despicable homme on this list, Lou Ford is the devil in a Stetson. He is the perfect embodiment of a wolf in sheep’s clothing: the town sheriff, someone the townsfolk look to for compassion and guidance, and yet he commits incredibly physical and brutal crimes against those closest to him. And what for? Truly the emptiest and most amoral character on this list, Lou Ford is an enigma that even some flashbacks to his sadomasochistic and abusive past can’t explain.

But there are some clues. In one scene he tries to explain, saying he’s got one foot on each side of the fence, and he knows one day he will split right down the middle. Watching this film is watching that man split, and you might feel yourself splitting too from the utter bluntness of the film’s violence (the film’s most controversial talking point – it’s easy to argue that it detracts from what is otherwise a very engrossing, claustrophobic neo-noir). In a way, it feels very realistic – we have to watch every murder through to its natural conclusion, and we observe with indignation as Ford recovers his composure with alarming quickness after each one.

In some ways, he is the ultimate homme fatale – he uses his physicality and his libido to charm women, his mild-mannered mumbling and tip-of-the-hat gentlemanly pretence to fool his town, but can’t keep the evil inside at bay. He is always plotting ahead, and in the film’s dramatic finale, “wins” the game by taking it all. What a bastard!

(Dis)Honourable Mentions: A Kiss Before Dying (1956) – the precursor to The Talented Mr. Ripley, but not half as good; Stoker (2013) – Matthew Goode giving a subversively sexy performance; Baby Doll (1956) – director Elia Kazan sure knew how to cast sexually manipulative characters (hello Streetcar), and Eli Wallach brings it with the help of a screenplay by Tennessee Williams.