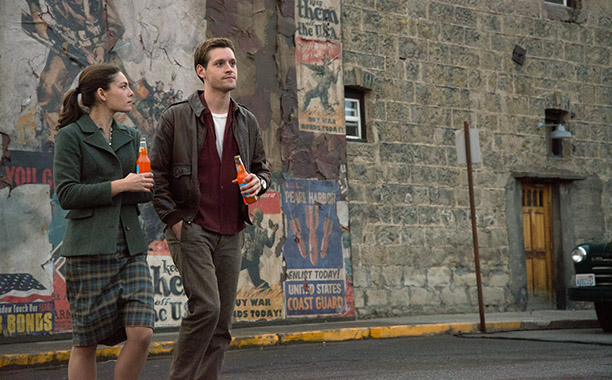 The Man in the High Castle, perhaps the most coherent and assured of Philip K. Dick’s novels, has a simple premise: the Axis won WW2, and America has been divided between the Third Reich and Imperial Japan. It’s a story we’ve heard ad nauseam, but Dick was one of the very first to do it, and nobody’s done it better since. Now Amazon are giving it a crack, with a miniseries adaptation of Dick’s masterpiece. If your first thought is ‘Gee, that would be a hard novel to adapt’, you’re correct. If your second thought is, ‘I bet they blew it’, congratulations, you’re two for two. This show gets the novel badly, radically wrong on the most important points.

Firstly, Dick wasn’t fascinated by the Nazis. He didn’t even regard them as properly human. They were the androids from Do Androids Dream of Electric Sheep?: cruel, self-interested, contemptible. In The Man in the High Castle, he didn’t spend much time at all describing this alternate world under the control of the Reich. He knew that it would be an awful place and trusted the reader to fill in the gaps from the odd detail here and there.

The makers of this show, by contrast, are clearly pretty infatuated with the idea of a Nazi America. The show’s opening credits depict paratroopers falling past Mt. Rushmore to a breathy, erotic rendition of ‘Edelweiss’, and then we’re treated to the works: swastikas everywhere, pictures of Hitler in Times Square, and, of course, some lingering, loving shots of SS officers in stiff uniforms. At one point it literally rains ashes, and a character remarks that the local crematorium incinerates undesirables on a Wednesday–a moment of nauseating black humour. Thus, Dick’s great conceit becomes cheap and foolish. Similarly, Japanese-controlled San Francisco is a Fu Manchu maze of teahouses and noodle shops. 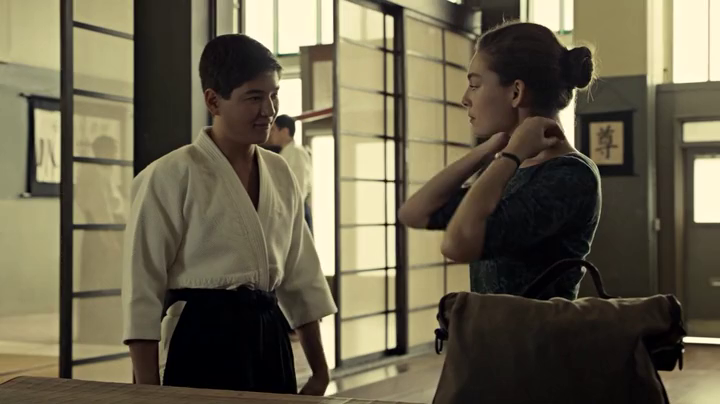 Still, acknowledging all of this, the show could have still turned out well if the makers had got the characters right. But this is where they fail most of all, and their incompetence turns into something more offensive. Take the character of Juliana, a judo instructor and ex-wife of one of the other characters, Frink, a Jew in hiding. In the novel, she’s smart but impulsive, deeply observant, and a borderline schizophrenic. In the series she’s everything you don’t want a female character to be: coy, dull, just a cog for the plot to grind. The novel’s Juliana is interesting enough to feel real, like somebody you might meet and remember. Nobody’s ever met this other Juliana, this pathetic cut-out of a person.

Philip K. Dick cared deeply about people, not just as an idea, but as individuals, which is why the figure of the android (or the Nazi) was so deeply repugnant to him. He didn’t care about spies, or soldiers, or spaceships. There’s a lovely moment in the novel where Juliana, walking home in the Rockies, watches a Nazi rocket passing overhead and reflects happily on the fact that she lives in a place where people can still carry on unnoticed by great powers. Tellingly, the show’s Juliana lives in San Francisco, in the heart of the plot, and within minutes of being introduced she’s running for her life from the Imperial secret police. And the makers have shoehorned in an American resistance, operating out of New York. Nothing of the kind is to be found in the novel. The sad truth is that the makers of this show have far too much love for America as an idea, and far too little love for Americans as ordinary people. They don’t care about people who simply live as best they can, making the most of a bad situation. They don’t care about people who are selfish and weak, like the novel’s Robert Childan, who Dick handles as compassionately as he does every other character. No, Childan’s gone altogether from this show, erased from the plot as cleanly as if the Gestapo had done it themselves.

There’s so much more to complain about here–the tin-eared dialogue, the reduction of the novel’s esoteric and mystical elements to a cheap sideshow–but if I really get going I’m worried I might not be able to stop. Ordinarily, I don’t attach too much significance to something being an adaptation. I try to appreciate things on their own terms, and I don’t care if works deviate from their source materials. But this show is so radically and deliberately opposed to everything The Man in the High Castle represents that I can’t consider the two separately. Philip K. Dick is amongst the most thoughtful, sensitive and humane of authors (in science fiction, certainly, he’s unmatched); to see one of his masterpieces reduced to this anti-human, cloak and dagger foolishness is unbearable. Shame on you, Amazon. I thought you guys cared about books.