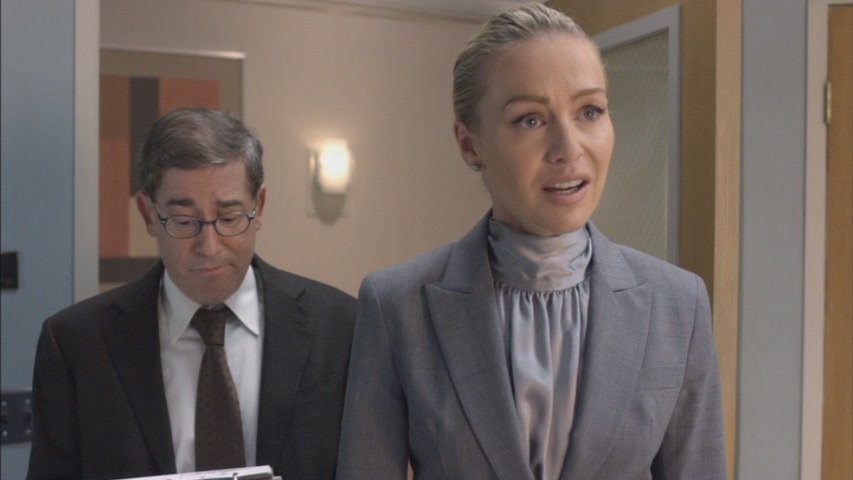 Why You’ve Never Heard of it: It never had an Australian TV release

OK STOP! DON’T OPEN A NEW TAB IN GOOGLE JUST YET. An Internet search of the Marriage Ref will yield nothing but negative reviews from American television critics and will only put you off watching it. But don’t fall into that trap because it is a seriously hilarious show that simply didn’t suit an American audience. The show sees host Tom Papa and an ever-rotating panel of celebrity guests decide the winner of everyday marital disputes.  And when I say celebrity panel, I mean celebrity panel; Jerry Seinfeld (who is also the Producer), Alec Baldwin, Sarah Silverman, Tina Fey, Demi Moore, Jimmy Fallon, Madonna and even Donald Trump makes an appearance for gods’ sake. The Marriage Ref’s biggest critics slam it for allowing celebrities to pay out on every day couples… well… no shit Sherlock! It’s a show called The Marriage Ref and was created by Jerry Seinfeld! What did you expect?  A warm-hearted Dr. Phil style drama. Haha no. Instead, we are left with hats in lizards, old prosthetic legs, pussy jokes galore and a hell of a lot of sass. Lap it up people; you’ll thank me for it!

Funniest Moment: Oddly enough the majority of The Marriage Ref’s humour doesn’t actually come from the couples themselves, but from the celebrity panelists constant arguing! Larry David and Madonna going at it (with Ricky Gervais on the side) is possibly the greatest thing I have ever seen.

Why You’ve Never Heard of it: Unlike me, you probably don’t have an older sibling who has 500GB’s of monthly downloads and enough free time to spend hours browsing the Internet for shows.

If I had more time and space, Better Off Ted would definitely have featured on my last article, A Job Half Done, as it is by far one of the greatest comedy shows that was cancelled way too soon (and yes, yes I did just cross-plug myself). Why was it cancelled you ask? Good question ReelGooder, because the answer is pretty crap to be honest… In this day and age a debut audience of 5.76 million apparently just doesn’t quite cut it on the competitive TV industry front. Despite it’s critical acclaim and a Metacritic score of 84 / 100 (pretty good really), Better Off Ted only lasted 2 seasons, which is such a shame considering how unique and witty the humour is.

Funniest Moment: The introduction of a workplace rule stating, “Employees must not use offensive and inappropriate language,” was always going to lead to 22-minutes of comic gold.

Why You’ve Never Heard of it: You saw the front cover in the video store and were immediately put off by it mistaking it as a horror film. While you are kind of right, the horror scenes are not that scary at all, but the laughs will keep rolling throughout. Also, did I just say video store? LOL, what even are those things?

We like to pay Canada out for almost everything; like their currency and Bryan Adams, but every now and then they produce comic genius such as this. It is very rare that a horror-comedy is done right, but in the case of Tucker & Dale VS Evil it is done with knife-edge precision. Tucker and Dale are friendly hillbillies who are in the middle of renovating their secluded cabin when a bunch of rich city slickers come gallivanting around the forest. By sheer accident, the teenagers manage to off themselves one by one in a manner that makes Tucker and Dale look like deranged serial killers. The laughs don’t stop rolling in as the teenagers’ deaths get more and more absurd!

Funniest Moment: Everything but the credits… They’re pretty normal.

Why You’ve Never Heard of it: More than likely it is well before your time and you probably don’t have parents who insist on showing you classic films.

Clocking in at the same age as Kristen Bell, Flying High is nearly 34 years old and may be a little bit hard to watch at first, but stick with it and I promise you won’t regret it! What the film lacks in plot it makes up for in one-line gags, slapstick and satirical comedy that will seriously leave you gasping for an oxygen mask. So buckle-up your crappy little airline seatbelt (that lets be honest, wouldn’t do shit in case of emergency), and prepare yourself for 100-minutes of beautifully crafted 80‘s comedy.

Funniest Moment: 34?! Damn. Now Bell is not only out of my league, but out of my age bracket as well. Speaking of age though, for a 34-year-old movie I swear Leslie Nielson still looks 102. Anyway, back on track – a young love-struck kid offers his crush some coffee and cream, to which the girl replies, “No thanks, I like my coffee black; like my men.”  A bit creepy coming from the mouth of a twelve-year-old, but hilarious nonetheless.

Why You’ve Never Heard of it: It’s rated R? Maybe that has something to do with it… I honestly have no idea, but everyone I try to talk to about this film has not seen it and it bugs me!

I mean, seriously people, it’s directed by Michael Bay, stars Mark Wahlberg and Dwayne Johnson and is one of the funniest films of 2013 for all the wrong reasons… How has nobody seen it! More than anything, Pain & Gain is just so downright hilarious as it stars buff as f*** bodybuilders acting like complete and utter pansies. Even more so considering what has to be one of the largest actors in the world, Dwayne Johnson, is the biggest softie of them all and has the Courage of a Cowardly Dog. The film is based on real events and follows three body builders as they attempt to extort a wealthy gym owner, but accidentally leave a string of dead bodies in their wake.

Funniest Moment: Dwayne Johnson crying like a sissy when faced with having to kill someone. Seems way too ironic considering he has killed a combined 3000 people in all his other films.