More and more television creators are voicing their preference for short-run high-end television series over feature film, suggesting an HBO-style series allows for a deeper, more meaningful exploration of the characters, themes and issues of the piece. Are we seeing the rise of the long-form movie? Long gone are the days (and nights) of the movie marathon, but will we see the cinema marathon reincarnate in a new form? In five years will we head out to the movie theatres to catch the next series of our favourite television show in one sitting?

The idea of going out to watch TV at first seems oxymoronic, but fans have been heading to pubs for an age to watch sports TV. Cult TV shows have been given the same public displays of affection. Remember Queer Eye for a Straight Guy? During its initial run I lived in an art deco building and every Monday night an hour or so before that show went to air, a fellow resident would crank up her stereo and play the show’s theme song on repeat 4-5 times, at full volume. Then slam the front door, presumably on her way to a nearby pub airing the show. I’ve heard of weekly Xenia and Hercules nights run along the same lines.

Part of what we love about our favourite shows is the bond we share, not just with the characters of the show, but with others who also love it. But if we’re all moving to a viewing paradigm where we digest our cult TV shows wholesale rather than in the little bite-sized chunks that have been cut up for us by the networks, are we going to miss out on those human moments we get connecting with fellow viewers each week as we wait for the next episode? In our rush to have it all now, do we stand to lose more than we gain? 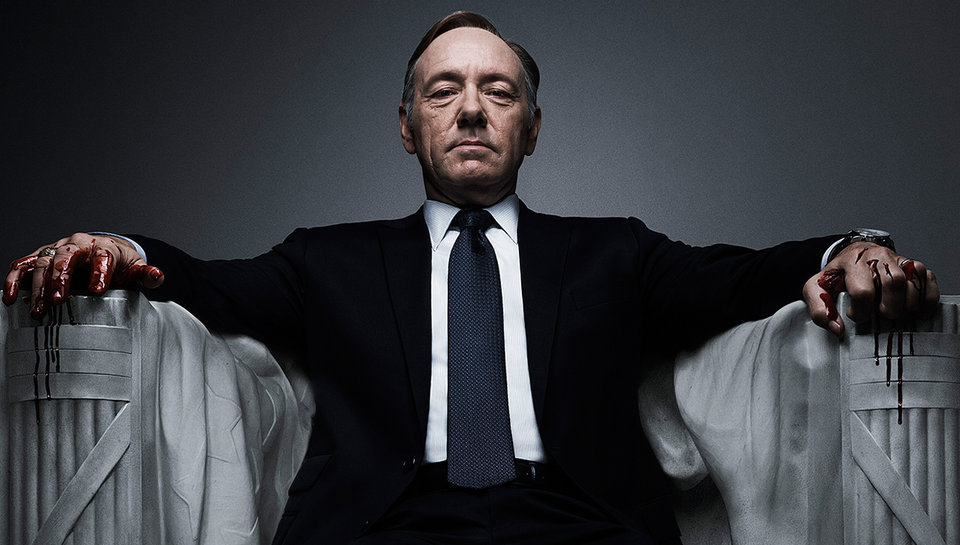 These days, it’s easy to say of people who tweet and take ‘selfies’, that they’re just vain, vacuous and completely self-obsessed. Really, we’re all just trying to find meaning in our life and our experience of the world. We do this through stories. Watching movies and television is an extension of that. It’s only logical that in these infinitely complex times we want stories on screen to reflect our multi-layered lives. In order to do that, it’s natural to move in the realm of the long-form movie, also known as the short-run series.

It also helps that often an entire miniseries can be made for less than a feature film. Netflix recently had massive success with such their production House of Cards. The online-only broadcaster gained 3 million new subscribers, who signed on to stream their first original drama, many viewers watching all 13 episodes back-to-back.

The traditional television networks have also, to an extent, accepted this all-in-one viewing trend; the blurb on NBC’s SMASH Series 1 DVD (Created by Theresa Rebeck. Executive Producer, Steven Spielberg.) invites the audience to lap up all fifteen hour-long episodes in a single sitting. With no annoying re-telling of information each episode, several storylines, dozens of character, fully realised and integrated musical number and over a hundred scenes each episode, and a cast full of Broadway and Hollywood star power, SMASH certainly rewards the constant viewer. 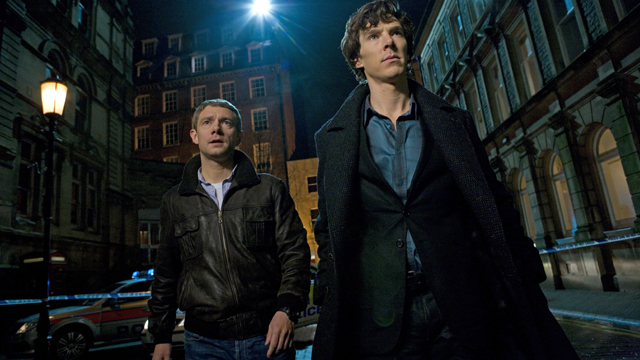 With the various detective series such as Sherlock, Wallander, Zen and Case Sensitive the BBC have also decided that less is more. Instead of commissioning ten 60 minute episodes, they showed great foresight in choosing instead to invested in three 90 minute films, with standalone plot, but which also, when viewed chronologically offer greater depth and inside into the protagonist and other core characters. (The original 60 minute pilot episode for Sherlock is an extra on the Series 1 DVD, if you’re sceptical about just how much more complex and engaging a screen story can be when given more time to unfold, I’d urge you to take a look.)

Those who’ve ever attended a movie marathon, or several sessions in a row at a film festival will know that feel of camaraderie that becomes almost palpable by the third or fourth hour. That feeling that we’re all in this together, if only for a while. It’s more than just the enjoyment of watching a beloved story on the big screen, or discovering a new favourite, it’s a kind of magic, and you have to be there to feel it. Perhaps in the very near future we’ll see cinema releases of first run long-form films and TV dramas. Whether you worship at the shrine of political satire (House of Cards), real world grit (The Wire), backstage musicals (SMASH) or another genre, the greatest and best of these deserve to be shown and experienced on the big screen.