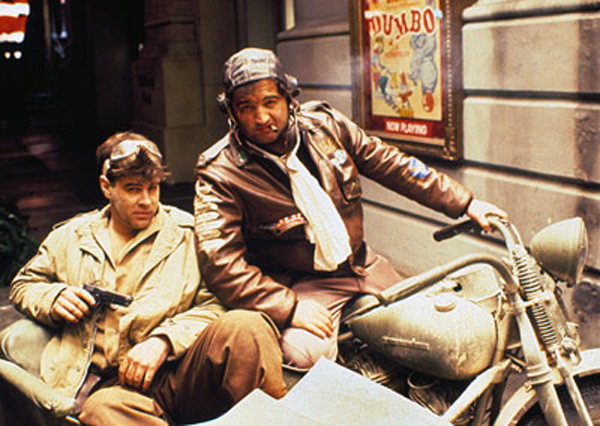 We all have our bad days, don’t we? Even ReelGood has been known to put out a dud every now and then, only to quickly sweep it under the rug never to be seen again. But what if you’re someone as high-profile as Steven Spielberg , you’ve got no broom and there isn’t a rug in sight anyway? These good directors won’t be remembered for the films on this list, but that doesn’t mean we’ve completely forgotten about them.

Most of the time even bad Scorsese is still pretty decent. That wasn’t the case with Scorsese’s labour of love, Gangs of New York, a film which was decades in the making. Gangs is a total mess, but it may hold the distinction of being the only film in history to use the term ‘Fidlem Bens’, which has to count for something.

Spielberg made Jaws and Close Encounters of the Third Kind before 1941. He made Raiders of the Lost Ark and E.T. The Extra Terrestrial after 1941. We’ll forgive him for that one slip, especially since he followed it up with the greatest action adventure film of all time.

From the man who brought you The Godfather Trilogy, The Conversation and Apocalypse Now comes…..Jack. If you’d seen the trailer for Jack back in 1996, you might have been forgiven for thinking this was all some sort of sick joke. Granted, this might be personal but that doesn’t mean that Jack isn’t a terrible, terrible movie.

Proof that not even the Coen Brothers can make Marlon Wayans acceptable, The Ladykillers is a strangely erratic remake of the far superior Alex Guinness 1955 original. Thankfully, the Coen Brothers learnt their lesson quickly – their very next film was No Country For Old Men.

A disorganised, tonally awkward piece of cinema, Django Unchained is Quentin Tarantino’s worst film to date. I’ve already explained myself properly here so I won’t do it again.