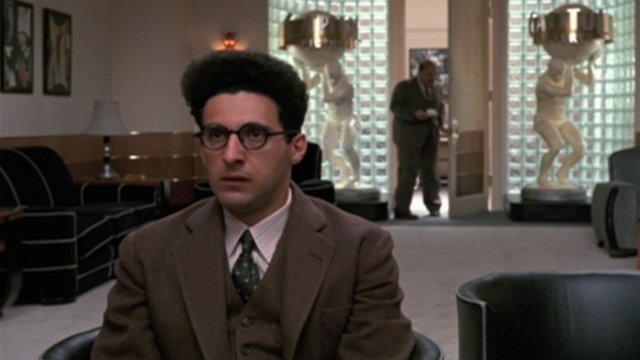 As someone who tries to write, finding inspiration from films may seem counter-intuitive. However, when a juicy, cool movie comes along that translates so intelligently, so unrelentingly, what the writing process can be like, or how writing influences the way we perceive the world, I’m more than happy to treat it as I would a book.

I like films that interrogate the struggle, the humiliation, the surprising hilarity, and the power of writing. That both celebrate and criticise writing culture. That make me feel anxious, ecstatic, and existential. Films that aren’t afraid to employ narrow, almost impenetrable storylines in order to represent specific characters in the writing world.

On this list you won’t find ‘kooky’ crowd pleasers like Stranger Than Fiction. Nor will you find films about excessively good-looking writers like Johnny Depp in Secret Window. Although fantastic movies to watch on a disenchanted Monday night, they aren’t likely to resonate in the same way these films might.

Here are my 5 favourites:

Paul Giamatti is disgustingly good in this film. He plays Miles, an unloved, unpublished novelist who decides to takes his friend Jack (Thomas Hayden-Church) on a weeklong bachelor party to the Californian wine country. Jack, a struggling actor, is like Miles only in his unrealised potential of making it big. Other than that, he is an extraverted philistine with a hilarious addiction to women. Miles, on the other hand, is a deeply inward, neurotic mess who finds pleasure in art, literature and wine.

Throughout the film we forgive Miles for his depression, his anxieties, and his negatively laced mumblings about relationships and writing. Although hard to stomach at times, he’s entirely lovable, due to some incredible acting and a tight script.

Alexander Payne is one of the smartest filmmakers going. Sideways is a comedy, a road journey, and a film that explores the rattling insecurities of creating and the decisions people are forced to make when they are teetering on the edge of crisis. It deserved all the awards it received and forever implanted a personal hesitation towards drinking ‘fucking merlot’.

The Squid and the Whale

With The Squid of the Whale, Noah Baumbach places literary family life under a scrutinising lens. Bernard (Jeff Daniels) and Joan (Laura Linney) give nauseating performances as a recently separated, writing couple. Their constant battles over creative authenticity feed into every aspect of their lives, affecting above all, their impressionable kids, Walt (Jesse Eisenberg) and Frank (Owen Kline).

Baumbach’s eye is fiercely insightful and the film is full of wincingly funny moments. Whether it’s Walt, in imitation of his father, spouting that This Side of Paradise  is “minor Fitzgerald” or Bernard’s sour dismissal of Joan’s boyfriend Ivan as a “a guy who doesn’t care about books and interesting films and things”. Even Frank weighs into the hilarity as an intensely sexual 12-year-old, rubbing himself against library bookshelves and smashing himself silly on whisky.

The Squid and the Whale is a satirical and crushing portrayal of writing as a sometimes hostile art form. A film about articulate people in an inarticulate situation.

When, and if, I ever travel to Brooklyn, I’ll make sure I try to live on an “elegant block in the fillet of the neighbourhood”, as Bernard all-too-casually says.

Adaptation is a meta-awesome, multilayered, weird, chaotic, and wonderful film. No matter how many times I watch it, I can’t seem to get over how good Nick Cage’s performance is. That, doubled with one the most intelligent scripts of modern cinema, makes Adaptation one of the coolest, most inventive films about writing I’ve ever seen.

It’s a difficult film to describe, so I’ll pass on the honours to ReelGood’s John Roebuck, who has already made a solid effort here.

So when it comes to writing, Adaptation speaks on a variety levels. Among other things, the film is about struggling with writers block and personal expression. It’s about having too much creative freedom.  It’s about finding a unique voice in an environment overloaded with mediocrity. It’s about insecurity, desperation, and ultimately, triumph.

The film is funny. Nick Cage’s double performance as both Charlie and Donald is constantly engaging. Their dialogue is hilarious, and Charlie’s freak outs direct the film into some absurd situations. Chris Cooper and Meryl Streep are subtle and dark in their roles, keeping the film deceptively edgy.

However, perhaps the most rewarding aspect of this film is how Kaufman’s self-reflexivity invites the audience into a conversation about how blurry the lines between fiction and reality can be. Something, I think, only the best writing can do.

In Curtis Hanson’s Wonder Boys, Michael Douglas plays Grady Tripp, a tired, perpetually stoned, has-been writer struggling with his 3000 page second novel. During a weekend at the Pittsburgh campus he works at as an English professor, Tripp’s somewhat tragic circumstances are revealed. His wife has just left him, he’s now having an affair with his boss’ wife, his editor (Robert Downey Jr.) is niggling for a look at the new manuscript, and he’s formed an unlikely relationship with a suicidal, deeply intelligent student named James (Tobey McGuire). However, what stops the film from being a desperately sad affair is its derisive wit, literary references, gentle performances, and the real emotion we feel from Tripp’s character. Despite his unravelling external life, Tripp is a truthful person and at his most vulnerable, a teacher.

Like The Squid and the Whale and Sideways, Wonder Boys is perhaps more about the literary existence as opposed to the literary process. An accurate, often comedic look at campus life, writing types, and the internal pressures of living up to expectations.

Michael Douglas fondly channels some of the writing professors I’ve came into contact with at university. Men and women with a humble intelligence who’ve been in the environment for much of their life. I don’t know if their experiences have been as ridiculous or druggy, but the similarities are certainly there.

Adapted from Michael Chabon’s book of the same name, Wonder Boys is a film I could watch over and over again. It makes me love that I love books.

Woody Allen is of course the man when it comes neurotic, self-deprecating, self-validating, talky, deliciously crude humour. Who else would think of calling someone an “aggressive, tight-ass, busy-body cunt”, as he does so with such cool venom in this film.

In Deconstructing Harry, Allen plays yet another alter ego in Harry

Block, a writer who comes under constant attack from his ex-wives, ex-relatives, friends, and acquaintances for inserting them too revealingly into his book. Interestingly, this film is perhaps Allen’s most personal, and in a typically self-conscious manner, his most revealing.

Allen’s irresistible humour thinly disguises the darker elements of this film. How a writer can live within his stories to a sometimes destructive extent. How our creative imagination can hide us from the interests of people around us. How writing can be used to justify, and rightly so at times, anger, distaste, and social criticisms. Yet I like to think that Block, like Allen, has no choice. It’s like the guiltily inspiring realisation Block comes to at the end of the film, that he “can’t function in life, only in art”. Despite being ironic, there is substantial truth in this.

The storyline is rich with comedic gold. There are fantastical sequences taken from Block’s own writing where he has conversations with fictional characters. Along the way there is some hilariously offensive stereotyping, heavy drinking, pill-popping, prostitutes, copious amounts of shouting, filmic references, and above all, Allen’s cutting, yet light-hearted cynicism.