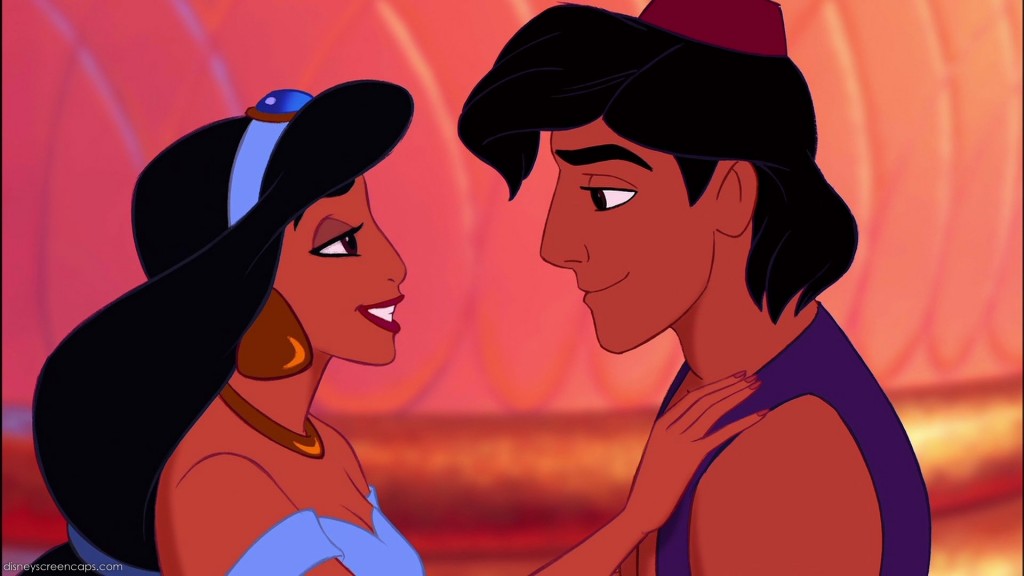 Although being advertised as films for the young and the young at heart, Walt Disney Studios definitely seems to enjoy keeping the older members of their audience (read: people who refuse to let go of childhood, à la Peter Pan and long-suffering mothers forced to sit through Frozen ten times a day every day) entertained with small snippets of content that is not necessarily appropriate for the target audience. Here’s a list of some of the more memorable sexual references from old and new Disney films.

Frozen’s Kristoff definitely comes off as one of Disney’s biggest cynics when it comes to love. He is incredulous when he discovers that Anna got engaged within a day (a few hours, really) of meeting the ‘Prince Charming’ character (a nice deviation from just about every other Disney movie where this seems to be the goal for the Princess), and begins to drill her on what exactly she knows about her fiancée, Hans. What follows is a lovely little back-and-forth that dispels some of Disney’s earlier myths about true love overcoming all, and instils a bit more of reality back into Disney romance, with Kristoff questioning Anna about what she really knows about Hans. He questions her about Hans’ last name, eye colour and best friend’s name before landing on a question that definitely flies over the heads of the avid toddler Frozen-fans. “Foot size?” he questions, to which poor, sweet, previously-established-as-naïve-Anna responds, “foot size doesn’t matter.” Oh Anna, my sweet summer child, you’ve no idea.

This sneaky little reference is definitely not something I picked up on until I hit double digits with how many times I’ve watched Toy Story, subtle as it is. This lovely little gem can be found in our introduction to the mutilated results of Sid’s experimentations with various toy parts. Among these lovingly crafted creations of our resident preteen pyscho are a baby head with spider legs, a duck with a human body and a crane with Barbie legs. In writing, there may seem like there is nothing wrong with this – but when you look at the last of these experimentations, you start to realise what exactly the animators of Toy Story have created: a hooker. ‘Sexy’ (because what else is Barbie about, if not sex appeal?), naked Barbie legs, on a crane with a literal hook as part of the body? Disney, you sly dog.

This one definitely runs more towards the downright creepy part of the spectrum of Disney sex references. In 1940’s Pinocchio, all the bad little boys go to Pleasure Island. Pleasure Island is an island-based theme park run by the sinister character The Coachman where the boys can run wild (including drug and alcohol used) until they are turned into donkeys, having made ‘jackasses’ of themselves. Notable parts of this transformation include the boys losing their ability to speak and ending up on all floors (as a donkey). Once the transformation was complete, the donkey-boys were inspected and those found to be unable to talk were stripped of their clothes and put into crates before being sold. I understand the need to include morals into children’s films, and the original meanings and connotations of the donkey in the original tale (in Italy, where the original story was written, the donkey is a symbol of stupidity and Pleasure Island acts as a cautionary tale against scoffing at education and moral codes) but, as a viewer from outside that context, I can’t help but think that Disney ran a little too far with this one.

There is much contention about this next reference, with Disney resolutely denying the allegations made by some viewers that a certain scene in the film is subliminally promoting teenage promiscuity. The scene in question is the balcony scene between Aladdin and Jasmine, when Jasmine’s tiger Rajah is harassing Aladdin before Jasmine arrives. Some viewers have reported to hear Aladdin softly say, “good teenagers, take off your clothes” as Jasmine walks onto the balcony, although Disney claims that the actual line is “good tiger, take off and go.” Nonetheless, the line was removed from subsequent DVD copies. I definitely am leaning towards Disney’s version of the line, as Disney tends to (historically) lean towards the more subtle sexual references, but I’ll let each of you decide on your own for this one.

This is definitely Disney’s most famous and most overt sexual reference in the history of the company. The home video release of the 1977 film had to be recalled in 1999 because of an “objectionable background image.” The scene this image was found in was approximately forty minutes into the film, with Bianca and Bernard flying through the city. In one of the windows of the buildings they are flying past, a topless woman can be seen. Disney has confirmed that this image was present in the film since 1977, blaming it on non-Disney individuals involved in the post-production process of the film who inserted the image as a ‘joke’. They released a statement and recalled the videos as soon as they became aware of the problem.