We’re huge fans of Wes Anderson and his unique style of filmmaking here at ReelGood. With Anderson’s brand new film, The Grand Budapest Hotel, coming out very soon, we thought there’s no better time to look back at his 10 best characters. 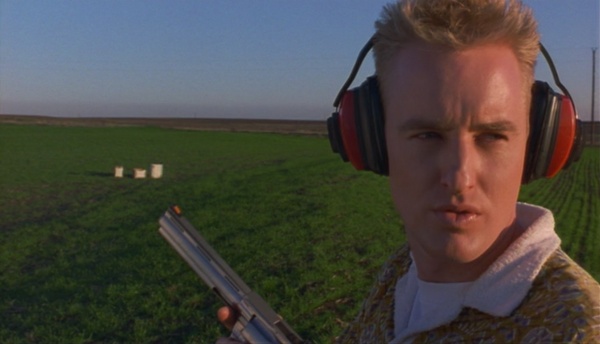 “Here are just a few of the key ingredients: dynamite, pole vaulting, laughing gas, choppers – can you see how incredible this is going to be?”

In Wes Anderson’s 1996 feature debut ‘Bottle Rocket’, three friends attempt to pull off an “elaborate scheme” and crime spree when things get inevitably out of hand. Anderson wrote the film with long time friend Owen Wilson who also stars as Dignan, an immature and hyperactive man-child whose naivety ultimately gets his friends into a huge amount of trouble. Dignan is defiantly one of Anderson’s most optimistic characters, and he takes the term “lovable idiot” to the next level. ‘Bottle Rocket’ is still greatly underrated and went almost unrecognised at the time of its release, but it still holds the credit of being the world’s first taste of Anderson and his “kooky” characters, and Dignan is certainly one of the strangest. 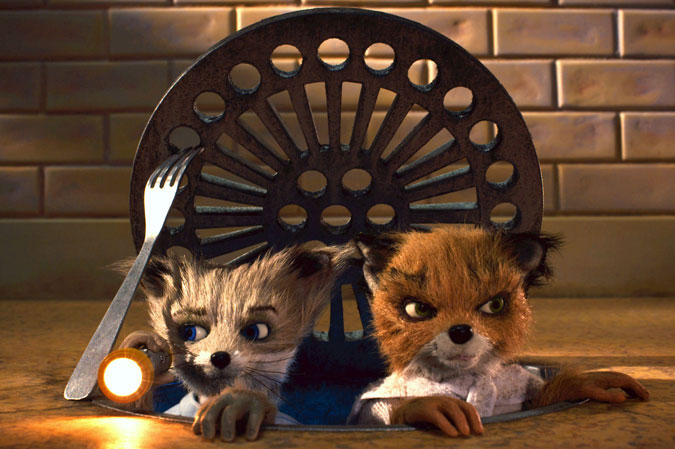 “There’s a lot of attitudes going on around here… don’t let me get one.”

With deadpan sarcasm and angsty neuroses, Ash – the son of Mr. and Mrs. Fox – is one of Anderson’s most relatable and realistic characters. He’s a typical teenage boy full of sulky mood swings and cynical observations. His failure to live up to his parent’s expectations and the jealousy he feels of his perfect cousin Kristofferson result in the declaration that he is just “different” from everyone else in his family. Throughout the film, Ash becomes a figure for the underdog, making him one of the most sympathetic characters in any Anderson film. Wait, did I mention he’s a stop motion fox? 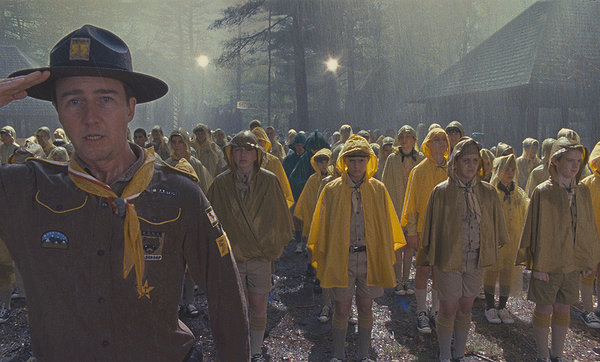 “I’m gonna change my answer in fact. This is my real job: Scoutmaster Troop 55, Math teacher on the side.”

Perhaps Anderson took a risk when he cast Edward Norton – one of the greatest dramatic actors of his generation – as the dopey and comically pathetic Scoutmaster Ward. He treats his scouts like miniature soldiers, uses a tape recorder to document the day’s events and takes his job very, very seriously. But the tragic thing is that he’s not very good at it. Infact, during the film’s duration he manages to loose his entire Khaki Scout troop and gets demoted by the Head Scout leader (a Harvey Keitel in shorts, what a horrible sight). Scoutmaster Ward is representation of all the adults in ‘Moonrise Kingdom’ who don’t seem to have their shit together as well as the kids do. At least when the occasion arises he makes his presence known and ends up proving he can save the day. 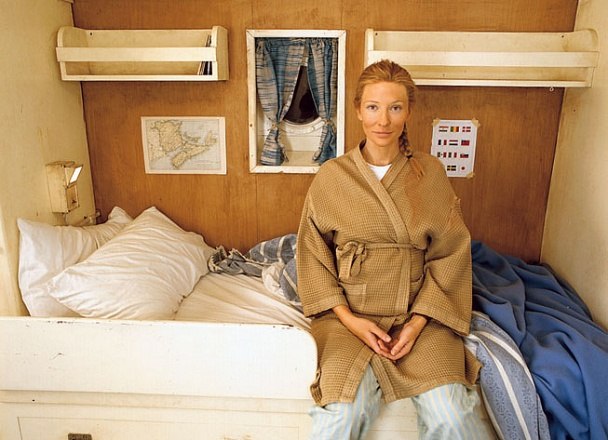 “I need to find a baby for this father.”

In my opinion, one of the coolest characters Anderson has ever created is Cate Blanchett’s pregnant English journalist, Jane Winslett-Richardson, from ‘The Life Aquatic’. She’s covering a story on the great oceanic adventurer, Steve Zissou (Bill Murray) whom she has admired for years. Except of course, when she does end up meeting him, he’s an arrogant old man who’s recently discovered he has an adult son called Ned (Owen Wilson). Jane ends up falling for the sensitive Ned, which makes Steve incredibly jealous. And the lesson learnt here is to never meet your idols. Blanchett is beyond perfect for the role; Jane is witty, smart, strong-minded and really an all round kick-ass woman. Coincidently, she was also pregnant herself at the time of filming. 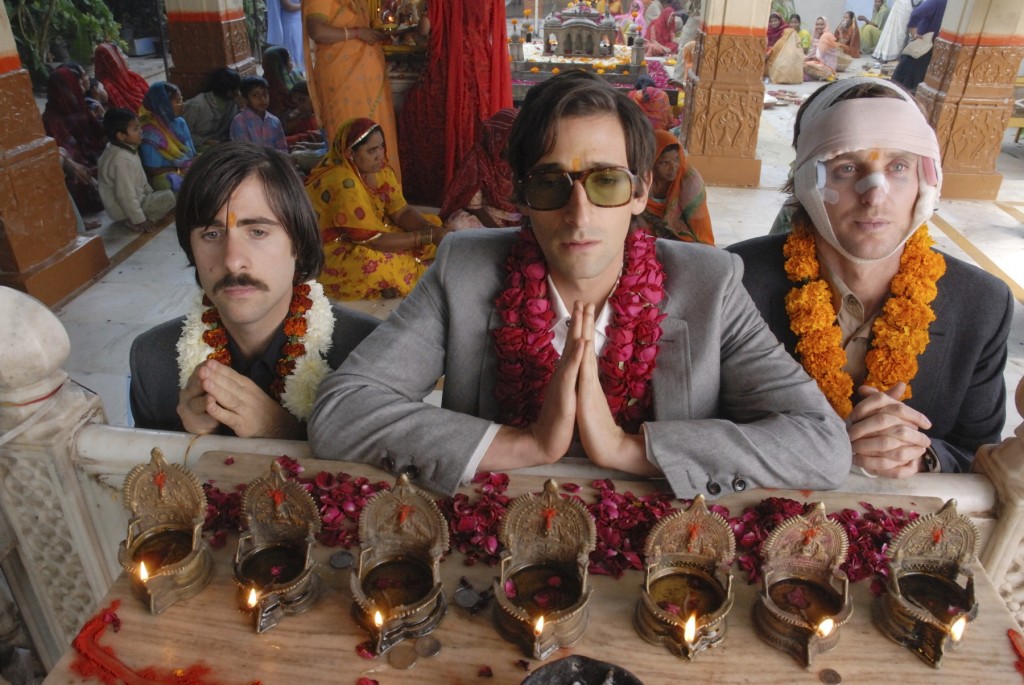 “I wonder if the three of us would’ve been friends in real life. Not as brothers, but as people.”

In 2007’s ‘The Darjeeling Limited’, three brothers set off on a spiritual journey through India after their father’s sudden death. It may seem unbalanced to include all three Whitman brothers on this list, but really, how am I supposed to single one of them out? Each brother offers something different to the film: Francis is the dishearten eldest whose depressive state has prompted him to plan this spiritual journey to re-unite with his brothers; Peter is facing as existential crisis because he is about to become a father; and Jack is a struggling writer going through an extreme break-up. Their journey is weighed down with constant fighting, bickering and death threats, but ultimately they learn something about themselves and each other in the least clichéd way possible.

Without a doubt, Herman Blume holds the title of the most tragic character in any of Wes Anderson’s films. The character is also credited as the first instance Bill Murray took on a role not purely for comical reasons. Rather, it enabled us to see a more dramatic and nuanced performance from the legendary actor. Without Herman Blume, Murray probably would have never done ‘Lost in Translation’ and wouldn’t that have been a great shame? The scene in ‘Rushmore’ where he’s throwing golf balls into the pool and jumps off the diving board wanting to drown himself is beyond incredible. Blume’s spirit is that of an extremely fragile man who has alienated himself from the world he’s created as a successful businessman and family figure and opted for something more romanticised and pathetic. 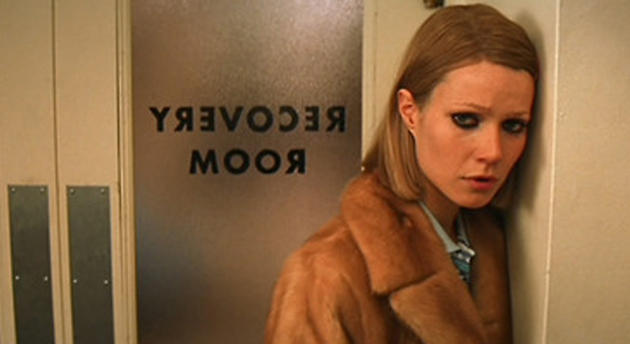 “I think we’re just gonna to have to be secretly in love with each other and leave it at that, Richie.”

The false assumption that Margot Tenenbaum is the ultimate example of a Manic Pixie Dream Girl has followed the character ever since ‘The Royal Tenenbaums’ was released in 2001. She is by no means a flimsy plot ploy whose sole purpose is to fulfil the lives of the men around her. Margot has her own problems to deal with. Her writer’s block has caused a state of unrelenting depression, where she locks herself in the bathroom for seven hours a day. Furthermore, her loveless marriage is preventing her from pursuing the real love of her life, her adoptive brother Richie. Even with all this going on around her, Margot still remains one of the most sane members of her dysfunctional family and a amazing fashion icon, rocking fur coats like nobody’s business. 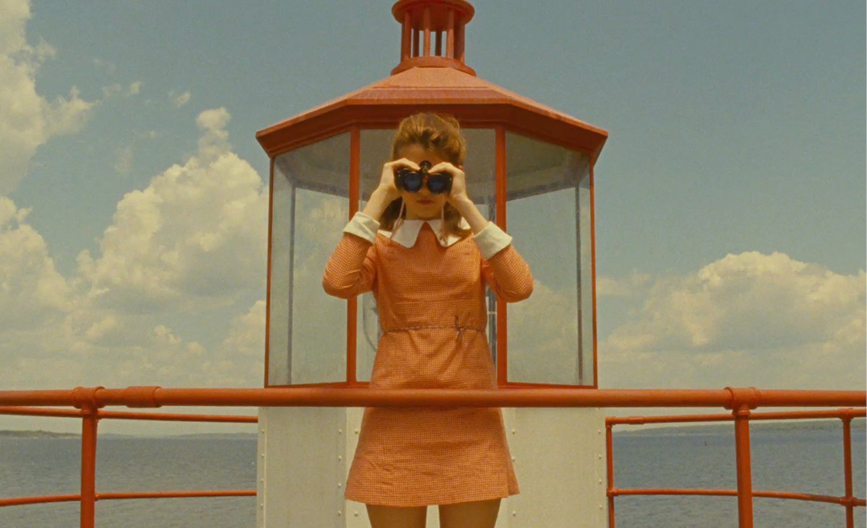 “I’d be careful if I were you. One of these days, somebody’s gonna get pushed too far. And who knows what they’re capable of?”

12-year-old Suzy Bishop is Anderson’s greatest female lead; she’s smart, complicated and has a wardrobe to die for. Misunderstood by her two miserable lawyer parents (Bill Murray and Frances McDormand), three little brothers and almost everyone her age, she finds comfort in a pen pal relationship with the equally alienated Sam. He’s an orphan and a Khaki scout who convinces Suzy to run away with him. ‘Moonrise Kingdom’ is one of the best coming of age films of recent times, and the love story between Suzy and Sam isn’t just adorable, but very realistic and natural. 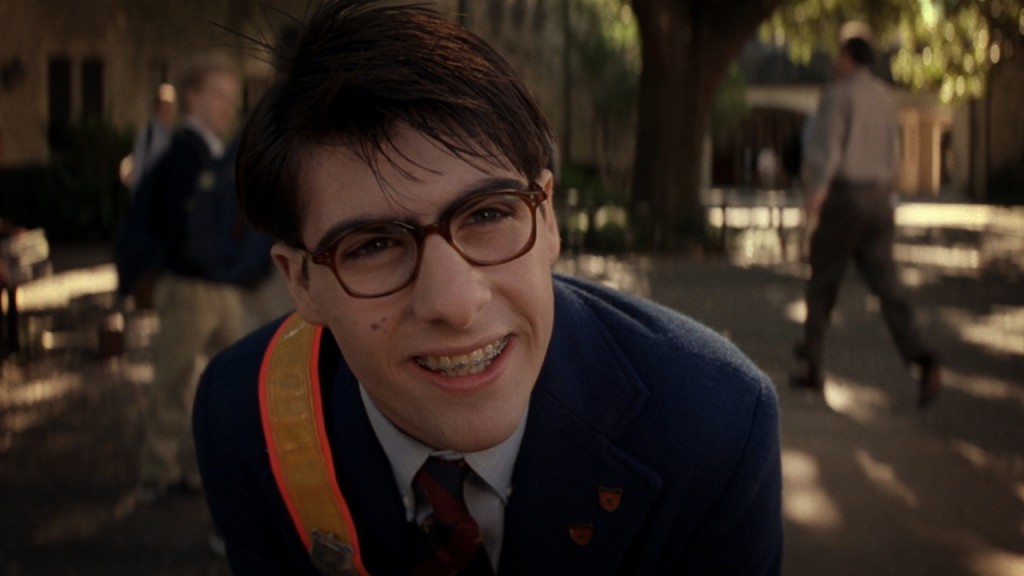 “I saved Latin. What did you ever do?”

Almost any highschool in the world has someone like Max Fischer. That kid who’s always got the answer and is the smartest kid in the class. But Max only poses to be these things. As a false overachiever at his posh private school, he’s actually flunking out because of his overzealous school spirit. The school Principal even says, “he’s the one of worst students we’ve got”, before Anderson jumps into a montage of all the clubs and societies Max belongs to. His attempts to keep up with appearances, claiming his father is a doctor not a barber, show a tragic mindset that he doesn’t feel good enough. As Wes Anderson’s most personal character and with Jason Schwartzman’s iconic portrayal, Max Fischer will be forever immortalised as that preppy kid who wrote a hit play and saved Latin. 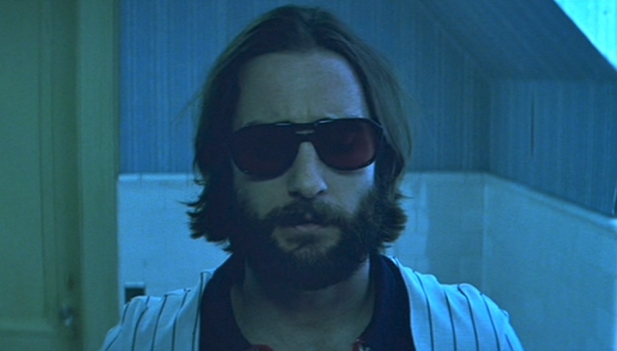 “I’m going to kill myself tomorrow.”

Our introduction to Richie Tenenbaum, begins with him on board an ocean liner sending a telegraph to his best friend, Eli Cash. The radio operator reads it back to him: “Dear Eli, I’m in the middle of the ocean. I haven’t left my room in four days. I’ve never been more lonely in my life, and I think I’m in love with Margot.” A former tennis prodigy who lost everything in a nervous breakdown during a match, Richie hasn’t seen his dysfunctional family in years when he returns to find his estranged father claiming to be dying of cancer. What’s more, he secretly yearns over his adopted sister Margot, who admits to being in love with him too. Richie is truly a tragic and lonely figure, even by Anderson’s standards. The incredible scene where he shaves off his beard and attempts to kill himself to Elliott Smith’s ‘Needle in the Hay’ is the most heartbreaking moment in any film I’ve ever seen.