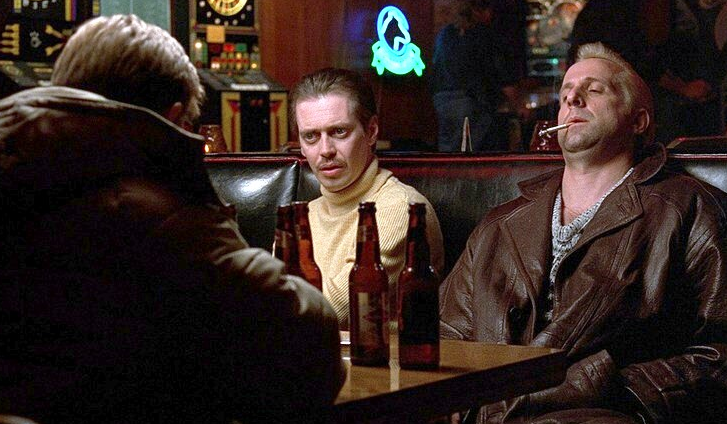 If Jon Krakauer’s suggestion that “the very basic core of a man’s living spirit is his passion for adventure” is true, then ‘Treasure Hunting’ might be considered an out-of-the-body experience, an injection of life-like adrenaline that delivers thrills, perhaps danger, without excluding (most of the times) an optimistic feeling – some sort of a wish – that things will work out happily in the end. The discovery of a treasure does not exclusively turn around a merely monetary/economic/tangible interest; it can also be seen as a metaphor of the willingness of trying to put/achieve/explore/conquer “the joy of living to the fullest extent in which real meaning is found”. Whether it is about restoring a family fortune or saving the world from the forces of darkness or trying to find an answer to the “biggest and unresolved/unrevealed mysteries in life”.

The following 5 movies let us enter and experience a sort of “universal stage of action”, an endlessly fascinating escapism into lives other than our own, in a scenario in which the treasure is very much within reach even though “that is perhaps what we seek throughout life, that and nothing more, the greatest possible sorrow so as to become fully ourselves before dying”.

“THIS IS A TRUE STORY. The events depicted in this film took place in Minnesota in 1987. At the request of the survivors, the names have been changed. Out of respect for the dead, the rest has been told exactly as it occurred”. Ladies and Gentleman, Joel and Ethan Coen are pleased to welcome you to the fictional world of Fargo.

Joel and Ethan Coen take the viewers in a trip through the weakness, the corruption and the infidelity of  day-to-day mankind. It is in the incapability of dealing with the unexpected, it is in the search of mercy in the never-ending look for redemption of the characters that the movie elaborates and shares with the audience an important moral lesson, some sort of an “odd will”: reality is a human comedy. It might be an uncharted territory crawling in ordinariness, but it is a path we all should walk down. It is the real “treasure” we all got the responsibility to preserve, because “There’s more to life than a little money.. Don’t you know that?”.

The Pursuit Of Happiness represents for the Italian director Gabriele Muccino a double-sized challenge: it is his first “American movie” and, also, it is an analysis, an attempt from a foreigner of describing that myth known worldwide as the American Dream. The Pursuit Of Happiness, in fact, it is a biographical drama movie – inspired by the true story of the multi-millionaire Chris Gardner – that orbits around a set of ideals in which freedom includes the opportunity for prosperity and success, achieved through hard work, in a society with few barriers and no social class/circumstances of birth distinctions.

The Pursuit Of Happiness is an inspirational and often emotionally heart-wrenching story. It is a tale about love, family, hope and faith. It is in the thirst for justice of the protagonist, it is in the combination of fictional and non-fictional elements that the movie creates in the audience a sense of discomfort and discouragement along with the will of “don’t give up”. It is in the strength and in the perseverance our everyday-hero fights against all odds that The Pursuit Of Happiness finds and shows which is the key to make a dream come true (or at least try to), because “the path to our destination is not always a straight one. We go down the wrong road, we get lost, we turn back. Maybe it doesn’t matter which road we embark on. Maybe what matters is that we embark”.

“The sea’s only gifts are harsh blows, and occasionally the chance to feel strong. Now I don’t know much about the sea, but I do know that that’s the way it is here. And I also know how important it is in life not necessarily to be strong but to feel strong. To measure yourself at least once. To find yourself at least once in the most ancient of human conditions. Facing the blind death stone alone, with nothing to help you but your hands and your own head”. Dear viewer, are you a brave-seeker enough to follow the American director/actor Sean Penn in a (more than just) spiritual journey into the wild?

“Rather than love, than money, than fame, give me truth.” Into The Wild is a movie about the desire for freedom that feels like the fulfilment of it. It is a romantic, individualistic, spellbinding parable of a heroic loner who denies himself of all of the comfort and pleasures of the civilised world except subsistence.

Sean Penn brings the audience into a shocking, fascinating, melancholic experience of a man who’s freed from homes. Supertramp re-evaluates the meaning of the existence using the solitude as a channel of revealing what you are made of and uncovering the truth of who you really are. And the way to achieve this is all in a “trip that was to be an odyssey in the fullest sense of the word, an epic journey that would change everything”.

“To travel is very useful, it makes the imagination work, the rest is just delusion and pain. Our journey is entirely imaginary, which is its strength”.

The Great Beauty is a wildly inventive and thrilling ode to sensibility, where Sacred and Profane, Real and Imaginary crash into each other at any single moment, giving life to a hurricane of images, allusions and conclusions that is inevitable define as “Fellini-esque”. Paolo Sorrentino’s movie is a baroque, eclectic, carnivalesque, absurd, dreamy portrait of a man’s solitude; it is a reflection about how much the past weights and influences the present and the future. Nevertheless The Great Beauty is a sad picture of the delusional, corrupted, weak, obsessed and superficial society we are living in. A place where “it’s all settled beneath the chitter chatter and the noise, silence and sentiment, emotion and fear. The haggard, inconstant flashes of beauty. And then the wretched squalor and miserable humanity. All buried under the cover of the embarrassment of being in the world, blah, blah, blah… Beyond there is what lies beyond.. After all.. it’s just a trick. Yes, it’s just a trick”.

Directed by the American filmmaker David Zellner, the story behind Kumiko, The Treasure Hunter is based on the urban legend surrounding the death of Takako Konishi in 2001: the “tale” reported in the media was that the woman died after trying to find the hidden treasure depicted in the Coen brothers’ movie Fargo. The truth is, though, that Takako Konishi actually committed suicide.

David Zellner drives us inside a dream: if it is true that Kumiko suffers from depression, it is also real that, through her eyes, we can experience the feelings and the emotions of “living in a movie”. Kumiko, The Treasure Hunter is a delicate and sophisticated story about the courage of subverting the strict life rules we all have to deal with to search for a “happy ending”. The story portrait is inspirational and devastating at the same time. It is a celebration of the escapist power of personal fantasies brought up to their dangerous extreme: “And where, I ask you, can a man escape to, when he hasn’t enough madness left inside him? The truth is an endless death agony. The truth is death. You have to choose: death or lies”.