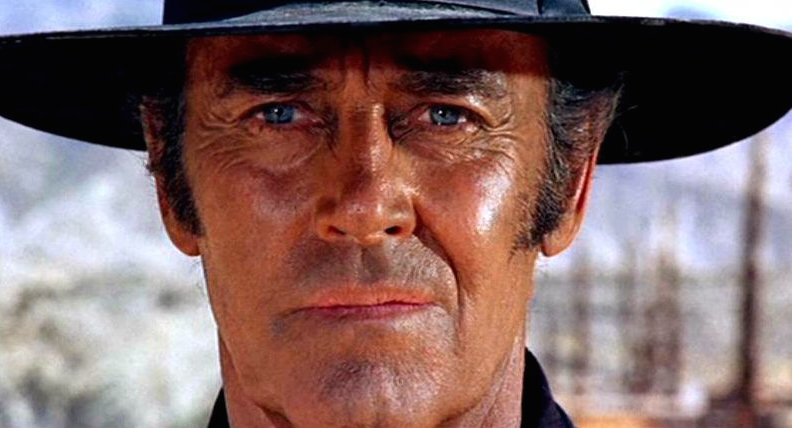 Typecasting can be a valuable tool when it comes to establishing who to like, or not like, in a film. However, here are ten actors who have shaken off audience expectations and surprised us by playing against type.

In Michael Mann’s moody, Los Angeles-set thriller, Cruise stars opposite Jamie Foxx as ruthless contract killer, Vincent. Cruise is mysterious, charismatic, and ultimately perfect in the role, which is a departure from his previously heroic performances – perhaps most notably as Ethan Hunt in the Mission Impossible franchise.

Typically recognised as the nice guy, MacMurray’s performance in noir classic Double Indemnity is particularly effective. As insurance salesman Walter Neff, he becomes complicit in the murder of his lover’s husband, which is immediately more entertaining given his usual forays in more lighthearted fare.

Damon’s early film trajectory included roles as the young hero type in Francis Ford Coppola’s The Rainmaker and Good Will Hunting, for which he and Ben Affleck earned an Oscar for writing, but his role as Tom Ripley in Anthony Minghella’s film saw him in unfamiliar territory. Damon was able to utilise his well-founded charm and charisma, and turned it on its head as the murderous young Ripley.

In the film adaptation of Stephen King’s book of the same name, Bates is frighteningly good as Annie Wilkes, an obsessed fan of James Caan’s author, Paul Sheldon. In a retrospective consideration of her career, Bates is also recognised for her roles in Fried Green Tomatoes and About Schmidt, but like the pain of a broken ankle, she is unforgettable in this film.

Seen recently as James Bond’s latest antagonist Silva in Skyfall, Bardem’s most memorable foray into villainy was in the Coen Brothers’ Oscar-winning film. With his shiny locks fashioned into a 1980s bowl cut, Bardem as Anton Chigurh was a stark contrast to the romantic-type roles seen in films made in his home country of Spain. Based on both of these performances, Bardem is on his way to becoming the definitive villain.

Rightfully praised for his comedic prowess, Carrey surprised and delighted audiences with his performance as Joel Barish opposite Kate Winslet in Michel Gondry’s film. With his penchant for hilarity, Carrey invites us to take him seriously and in doing so, delivers one of his most memorable performances.

In a pattern that could be likened to Carrey’s, Sandler was a prolific comedic actor before his role in Paul Thomas Anderson’s romantic comedy. Sandler summons his sensitive side to portray Barry Egan, whose journey of self-discovery ultimately rewards him with love.

After brilliantly portraying gangster patriarch Tony Soprano in David Chase’s series The Sopranos, Gandolfini was equally as wonderful as Albert in Enough Said. In a film that centres on the romantic relationship between Albert and Eva (Julia Louis-Dreyfus), Gandolfini was likeable, emotional, and above all, enabled audiences to leave their preconceptions at the door and immerse themselves into the character.

If any director could turn good guy Fonda into a gun-wielding criminal, it’s Sergio Leone. Originally reluctant to accept the role, Fonda’s presence stunned audiences, much to Leone’s delight. With his piercing blue eyes and leading man good looks, Fonda irrevocably added another layer to his on-screen persona that was perfect for Leone’s western.

DiCaprio’s roles in Titanic and Romeo + Juliet made him a reluctant romantic lead, a title which he has been consciously trying to shrug off ever since. He has been successful in portraying complex and intelligent men in films like Gangs of New York and Catch Me If You Can, but his role as Calvin Candie in Tarantino’s ‘Southern’ explored his wicked side – with delightful results.