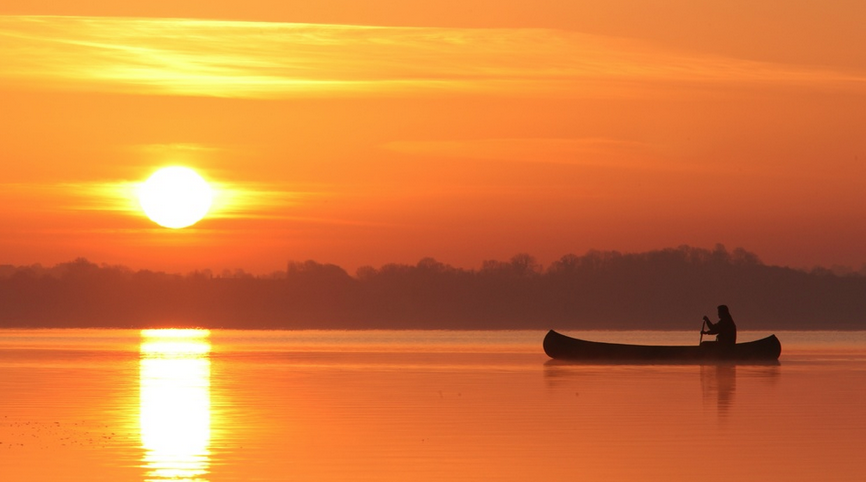 Sit back and relax and let Colin Stafford-Johnson guide you along the River Shannon in this meditative and stunning documentary. Aboard his canoe, Colin spends a year exploring the greatest river in Ireland, seeking out the wildlife and wild places of a liquid highway steeped in stories and folklore. On this poetic journey Colin finds wonder in the small things and the lives of the animals that haunted him as a boy growing up on this green island.

Departing at the end of Summer and concluding at the start of Spring, prepare to be amazed at the wonders that take place in this eclectic ecosystem. Winner of the “Best of Festival” “Best Editing” and “Best Wildlife Habitat” awards at the 2013 Jackson Hole Wildlife Film Festival, this film is a rewarding journey to a faraway river from the comfort of a theatre chair.

Adopting a gentler approach than a lot of the more brutal and outwardly political nature documentaries that we’ve seen over the past decade or so, John Murray’s On A River In Ireland is simple in the best sense of the word. Murray spent the better part of a year on the River Shannon, the longest river in the British Isles, with wildlife cinematographer and presenter Colin Stafford-Johnson, capturing the river at its most beautiful and captivating. It’s meditative stuff, and there’s a nice sense of nature appreciation rather than cultural damnation. Not that the latter isn’t vital to our survival.

The impact of mankind is touched upon in Murray’s film but it’s the unaffected, timeless quality of the River Shannon that’s paramount in On A River In Ireland. The river, and its many inhabitants, are captured in some absolutely remarkable footage. Stafford-Johnson comments that sometimes the best way to appreciate fauna is in slow motion. A Kingfisher dives into the water to hunt and we’re privy to every fascinating detail.

Stafford-Johnson may not have the ability to convey natural authority the way a titan of the industry such as David Attenborough has, but his congenially relaxed aura is perhaps better suited to the serene Shannon. At his best, his sense of wonder perfectly compliments the beautiful images. At his most mundane he comes across slightly too poetic with not enough interesting to relay.

On A River In Ireland encourages admiration in the ecosystem surround the River Shannon. There’s the same sense of tranquility that people seek when they’re actually venturing out into the wildness.

Check out the EFFA website for more details on how to check out On A River In Ireland.