Al Cossar is part of the 4 person Programming Team at the Melbourne International Film Festival, or MIFF as it’s otherwise known, who kindly agreed to meet me and answer a few questions on what it’s like to program films for such a hugely respected festival. To give it some context, the festival screens approximately 300 feature films, from 63 countries, in 45 different languages, shown across 17 days. It’s pretty full on.

We meet in a coffee shop around the corner from the MIFF Head Office, and basically had a chat about what he does, how he made it to work in the film industry, and what motivates him. Al originates from New Zealand, but has honed his skills across the globe, reaching Portland in America before settling in Melbourne and finding himself heavily involved in all things cinematic. He’s been at MIFF for 3 years now and is clearly very passionate about the role MIFF plays in bringing fascinating films to the local lovers of film.

One of the first things that struck me as a volunteer at the festival was how inclusive it felt. It wasn’t trying to be a high brow festival, where only film buffs and experts go. Whilst it does cater for that audience, it also lends itself to the normal, average, everyday film lover, who just wants to see something a little bit different to what your local cinema might show. Al explains this further:

“MIFF can be all things to all people, someone can go and have a completely different experience at the festival than the next person, based on their tastes in films, their appetite for discovery and adventure, and if they’re interested in different geographical regions. We try to get a thorough balance of geographic diversity,  and languages, the auteurs, or films that are going to have a lot of popular interest, and those which are more adventurous, more esoteric, more experimental, that represent more discovery, you want to have a program that’s designed so it reaches out, brings people into it who might not be familiar with the festival, it gives people a point of access, and once they’re in there, they’re encouraged to discover, and push themselves a bit, see things they wouldn’t normally see, things that are a bit more challenging for them, you want everything to work in combination with each other”.

Knowing that the festival is aiming to bring people in, to challenge their own film viewing, I ask whether programming is different now, in the internet age, with the issue of downloading and piracy. He agrees that in some ways, they have to take this into consideration:

“we want to create an experience and community for a group of people who are watching a film together in the context of a festival, we want to do things that don’t replicate sitting on a couch”.

However, they did also experiment with new ways of using technology, including the program strand called ‘Telescope’, bringing together 12 films from within the EU, and making them available to stream online for a period of 24 hours following their first onsite screening at the festival. I’ve long believed that the ‘Arts World’ has to stop fighting the internet, as it’s here to stay, and simply embrace it, and whilst MIFF is very much about the real life Cinema Experience, they’re clearly aware that streaming and watching online is becoming a part of the Film Viewing Experience. 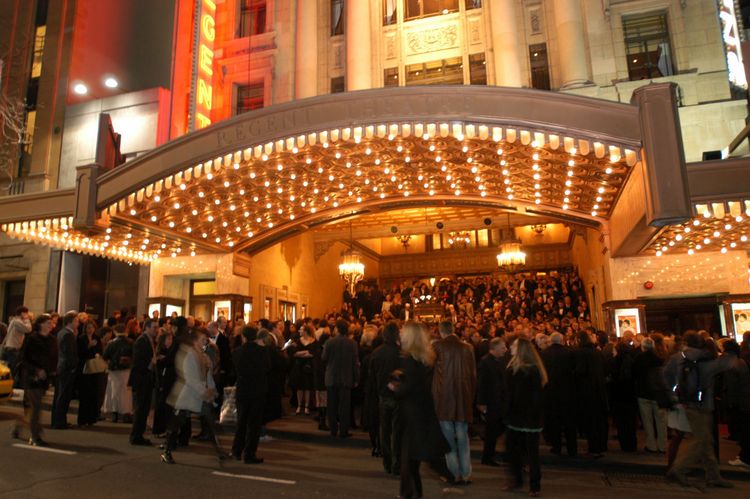 I move on to ask Al more about his personal motivations, and what it is about programming that he finds the most pleasing, and also the most demanding and challenging.

“I think the most pleasing part is just enjoying a film with an audience, it’s absolutely wonderful to see people respond in a room together and as one. One of my favourite sessions of the festival was the screening of Hong Kil Dong, the North Korean 80’s retro kung fu epic, and it was a Friday night film, it was a sold out crowd, and people went kinda crazy for it,  it was so much fun, an amazing experience to see that kind of collective response. Also, it’s when you see the success of film makers, you see film makers come out to Australia, and the way the public engage with them. There are things that are very special and unique to the festival, Tim Winton’s The Turning was one this year, to have 17 of the 18 directors here, those things stand apart, are very special, and singular and unique and not to be repeated. There’s also the sense of discovery, we watch such a  huge volume of films that when there’s something that is rare, that you haven’t seen before, that sparks your interest in a completely new way, there’s that spark of discovery and wanting to share it. The most challenging part, I guess it goes the other way too, it’s just that huge volume of things we need to watch. The whole festival is a marathon, you know, from May through to August, everything’s a bit of a blur, you kind of emerge at the end of it a bit shellshocked.”

With that in mind, and the thought that Al has seen hundreds, no, THOUSANDS of films, I then decide to drop a cruel question. I don’t believe in asking ‘what is your favourite film?’, because there’s no true answer, it can depend on so many factors, so I disguise the question in a different way:

“You’re on a desert island, miraculously there is electricity, a television, and a DVD player, what 5 DVD’s would you have on your shelf, if they’re the only 5 you can choose from to watch over and over again?”.

Al’s not too pleased with the proposition, and he stares up at the sky with a wry smile, and I apologise for asking it. He decides it’s best if he limits it to films he’s seen in the last 10 years, otherwise “we could be sat here all day!”.

After a few moments thought:

“Memories of Murder by Bong Joon-Ho, loved that film, George Washington by David Gordan Green I loved, War Photographer by Christian Frei, a documentary that had a huge impact on me, same with Stevie by Steve James, one of my favourite documentaries, and….um….and….(*60 seconds of looking into the sky again*)…I’ll have to come back to you on the last one!”

Pretty pleased that I’ve got four films that I haven’t seen to add to my ‘to see’ list, I move on to finish our chat by asking if there’s anything he’s particularly looking forward to over the coming year of new films:

“I’m very keen to see The Unknown Known, which is the new Erol Morris film about Donald Rumsfeld, I think it will be fascinating, there’s the new Ti West horror called The Sacrament, there’s a Turkish film that looks fascinating called Thou Gild’st The Even, and Woody Allen is acting in a film by John Turturro called Fading Gigolo, I think that’ll be great”.

This article gives just a gist of a conversation that ebbed and flowed around the theme of films and programming. On a personal level it was just great to talk to someone with such a great passion for cinema, who clearly adores his job because he loves bringing great films to the public’s attention. That he gets to visit maybe 4 or 5 Film Festivals a year, sit on numerous panels discussing film, and see many films months before the rest of us, is a bonus. And it’s a nice bonus.

I’m left with enough food for thought for films I need to catch up on, let alone films that probably won’t see a General Release for another year or two. It was a great insight into the life of a programmer, one that seems pretty full on, needing a vast knowledge of past films, and a quick eye for what might be successful in the future. Al is clearly incredibly passionate about films, and the job he has. I’m extremely grateful for his time, as he heads back to the MIFF office to finish his closing reports before stepping on a plane to the Toronto Film Festival. I, meanwhile, head back to Collingwood to put together this very article, and maybe watch a film or two on my laptop.