JIFF is on it’s way! 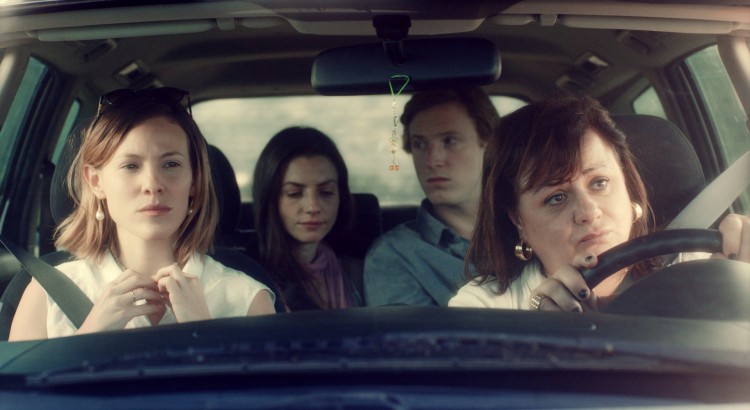 “No matter where you go, you cannot escape yourself.

Anywhere Else, from first-time Israeli director Ester Amrami, was in competition at the Berlinale in 2014. Noa has moved to Berlin to indulge her wanderlust and do a post-graduate degree in untranslatable words. After a period of reinventing herself away from her home in Israel, revelling in her independence from her loving, yet claustrophobic family, things in Berlin start to sour. Her research is stalled and there is strain in her relationship with her German boyfriend, Jörg. Noa escapes back home for a holiday. But when Jörg surprises her there, her Israeli and German worlds collide, with tense, often hilarious consequences. This is a clever family dramedy covering the tricky period of young adulthood and the transition between new worlds and cultural translation.”

The exploration of untranslatable words through the protagonist’s thesis in Ester Amrami’s Anywhere Else is a provoking one, in the most fascinating of senses. The film is punctuated by  interviewees, who Noa (Neta Riskin) films for her studies, discussing the elusive linguistic challenges of terms like the Portuguese ‘saudade’ and the Arabic ‘toqborni.’ Cultural loss in translation is nothing new to cinema, although Amrami has a pleasantly understated appreciation of the concept, letting the action speak for itself and the implications manifest themselves naturally.

At the outset of the film, each untranslatable word seems to have a direct thematic correlation to Noa’s present state of mind, but as the action plays out the connections become regrettably more and more tenuous and Amrami increasingly unable to preserve the interesting concept in any significant form. The message behind the film becomes murky – is conversion in people just as difficult as translation of words? Uncertainty is not necessarily a problem, but the film may have benefit from more coherent consideration.

Riskin’s performance as Noa is powerful, the actress certainly unafraid to portray the character is sometimes unpleasant and flawed. Golo Euler as Joörg, Noa’s German boyfriend, is less impressive, conveying about as much personality as a water cracker. There’s little to no chemistry between the two, which is in stark contrast to the electricity that flies amongst Noa’s family. Hana Laslo as Noa’s mother is particularly memorable, simultaneously interfering and bombastically appealing.

Anywhere Else manages to occupy a cordial space between comedy and drama, alternatively laugh-out-loud funny and touching with relative ease. The tendency for this breed of film is to edge into over-sentimentality, whcih Amrami manage to avoid with apparent ease. Anywhere Else is a film with compelling characters and an idea of something that it wants to say. That it never figures out just how to say it doesn’t diminish from the overall amiable nature of Amrami’s film.