Another day, another MILLION DOLLARS! That was what a ten-year old advertisement for some game show or another that screened on television in Melbourne, Australia used to yell out to its viewers. At the ReelGood Podcast, our version of that is ‘Another few weeks or so (or pretty much whenever), another EPISODE OF THE REELGOOD PODCAST!’ There is no connection between the old game show and The ReelGood Podcast, except that the knowledge of both is held within the brain of the peasant who writes these words, your humble servant, Hernando Cathedral (Lord of all Horses). 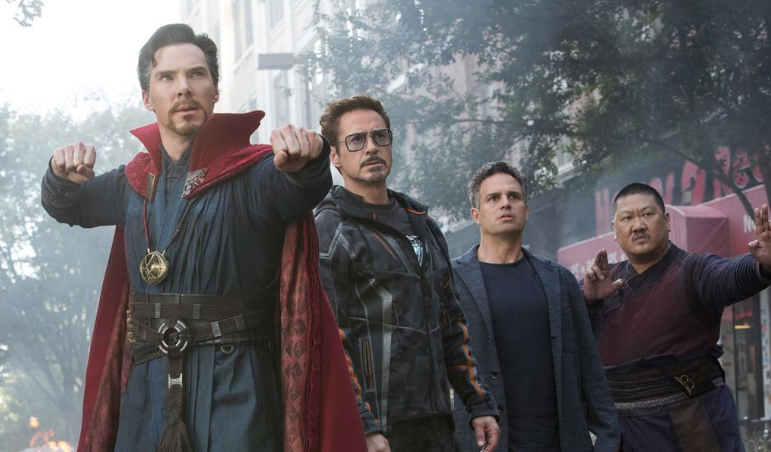 “Iron Man, Thor, the Hulk and the rest of the Avengers unite to battle their most powerful enemy yet — the evil Thanos. On a mission to collect all six Infinity Stones, Thanos plans to use the artifacts to inflict his twisted will on reality. The fate of the planet and existence itself has never been more uncertain as everything the Avengers have fought for has led up to this moment.”

It’s important to remember that this will be the last episode with Blake for quite a while, because he is journeying through the heart of Europe for a few months, leaving his friends back in Melbourne to fend for themselves/die a lonely death/celebrate his absence/get a 3-piece feed from Kentucky Fried Chicken. Fare the well, Blakey, we barely knew ye. While you’re waiting for Blake to return, there are plenty of other things to do on the internet, like YouTube or chickenonaraft.com. Get surfin!