It’s 2017 nowadays and the fella over at The ReelGood Podcast have decided to reflect the changing times by not alterning the format of their podcast at all. That’s right. It’s the same old shit despite it all happening in a different year.

It’s good to be back. Derek ran of the land of the free and the home of the brave over the holiday season and came home to entertain us with  a story about the toll on a highway in Los Angeles (not included in the podcast, it was told prerecording). Joz had broken a vow of no drinking over the month of January just the night before, so his brain hurt. Blakey’s brain hurt from drinking as well, despite their being no broken vow of abstinence. 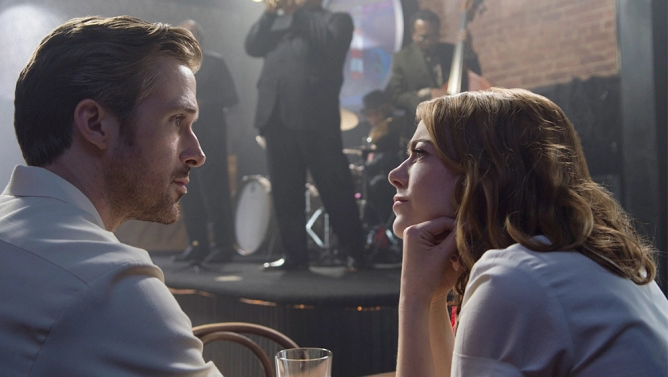 “Written and directed by Academy Award® nominee Damien Chazelle, LA LA LAND tells the story of Mia [Emma Stone], an aspiring actress, and Sebastian [Ryan Gosling], a dedicated jazz musician, who are struggling to make ends meet in a city known for crushing hopes and breaking hearts. Set in modern day Los Angeles, this original musical about everyday life explores the joy and pain of pursuing your dreams.”

With Chazelle’s hit flick being a very good contender for nearly ten thousand Academy Awards, the TRP lads thought that there was no better time to talk La La Land, Chazelle, Jazz and the ‘Cuban Pete’ scene in The Mask.