Derek’s ten year wedding anniversary dragged him out of the country and onto a tropical beach where he and his wife, Clea, sipped Piña Coladas and enjoyed three-dollar massages twenty-four hours a day, seven days a week. Probably. But like all men who live somewhere and go back to that place, Derek eventually came home, more enthusiastic for podcasting than ever. “How about we do Unsane?” he suggested to the team. The team said yes. 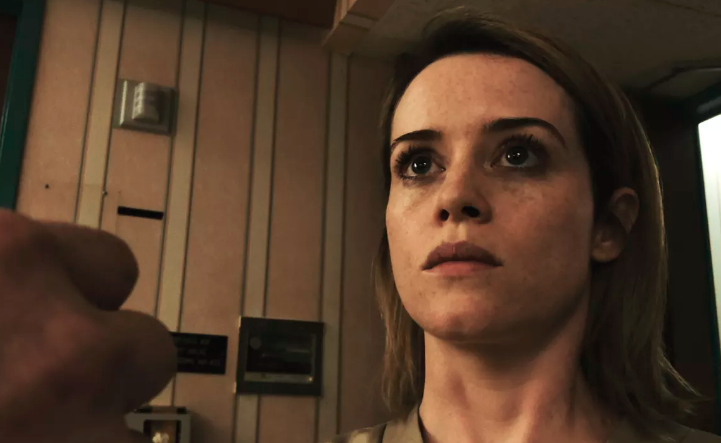 “Sawyer Valentini relocates from Boston to Pennsylvania to escape from the man who’s been stalking her for the last two years. While consulting with a therapist, Valentini unwittingly signs in for a voluntary 24-hour commitment to the Highland Creek Behavioral Center. Her stay at the facility soon gets extended when doctors and nurses begin to question her sanity. Sawyer now believes that one of the staffers is her stalker — and she’ll do whatever it takes to stay alive and fight her way out.”

It doesn’t seem like all that long ago that Steven Soderbergh’s Logan Lucky was limping through its theatrical run and that’s because it really wasn’t all that long ago. That’s how ‘The Berg’ (not to be confused with the other ‘The Berg’, also called Steven) operates. He moves quick, films quick, probably eats and drinks quick, plays Scrabble quick etc. ‘The Berg’ is what they call in ‘The Biz’ and experimenter. It’s a shame his recent films aren’t quite as interesting as the experiments that occupy them. But that’s life isn’t it? One middling film/interested experiment after the other. Makes you think. Bye.