Apocalypse Now is one of the most self-indulgent vanity projects in the history of overinflated egos. It was irresponsible, egregiously expensive, virtually unwanted, and so stressful it induced one guy to have a heart attack. But hey, you can’t get in the way of a filmmaker and his boner. And what’s more, Coppola got damn lucky. The film was a huge success and elevated him from the state of bankruptcy that the film itself initially put him in.

Now I’m gonna go out on a shaky limb here, but I’m betting that had the film flopped, Coppola probably would’ve been wishing he’d just made The Godfather III instead. Hell, even Jack, as he meditates on the ever-diminishing amber inside his bottle of Mr. Walker’s restorative, sitting plump on the vibrating bed of a Holiday Inn. Perhaps his daughter would’ve had the Miley Cyrus-like onus of propelling the family name back into relevance, with her pastel-tinged examinations of upper upper-class listlessness. But we don’t even have to speculate on this glum alternate history, because Apocalypse Now made a lot of money. 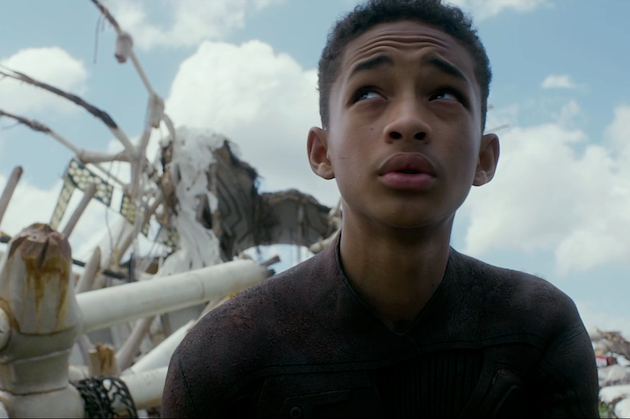 Simply put, the purpose of cinema is twofold: making money and fulfilling egos. The two embrace each other in a harmonic symbiosis that has led to films both good and bad. So when the initial reviews for the new Will Smith picture, After Earth, were unleashed like so many black-eyed hellhounds, I was puzzled by the amount of criticism aimed at the motivations behind the film.

Yes, it’s a vanity project designed to compound Will Smith’s ever-worsening priapism by making his son Jaden a superstar in the vain of his own sire. Yes, it seeks only to squeeze a little more cash out of the moviegoing public, further testing their thinning patience before they recede into their homes to web stream their entertainment like normal people.

But so what? Remove the Smith family as a variable and you have the blueprint for every major studio picture released since Star Wars. I, for one, am sick of these attacks on the utterly non-existent integrity and bankrupt decency of the Smith family and simply refuse to stand for it any longer. Can we please instead just focus on what a loathsome piece of shit this movie is?

After Earth is, for all intents and purposes, a science-fiction film. Not sci-fi in the Star Trek-Isaac Asimov sense of the word, but rather in the sense that that commercial for canned spaghetti where the guy in the silver jumpsuit has to shoot lasers at interstellar meatballs before sitting down for a freshly-microwaved bowl served to him by a robot wearing an apron is sci-fi. 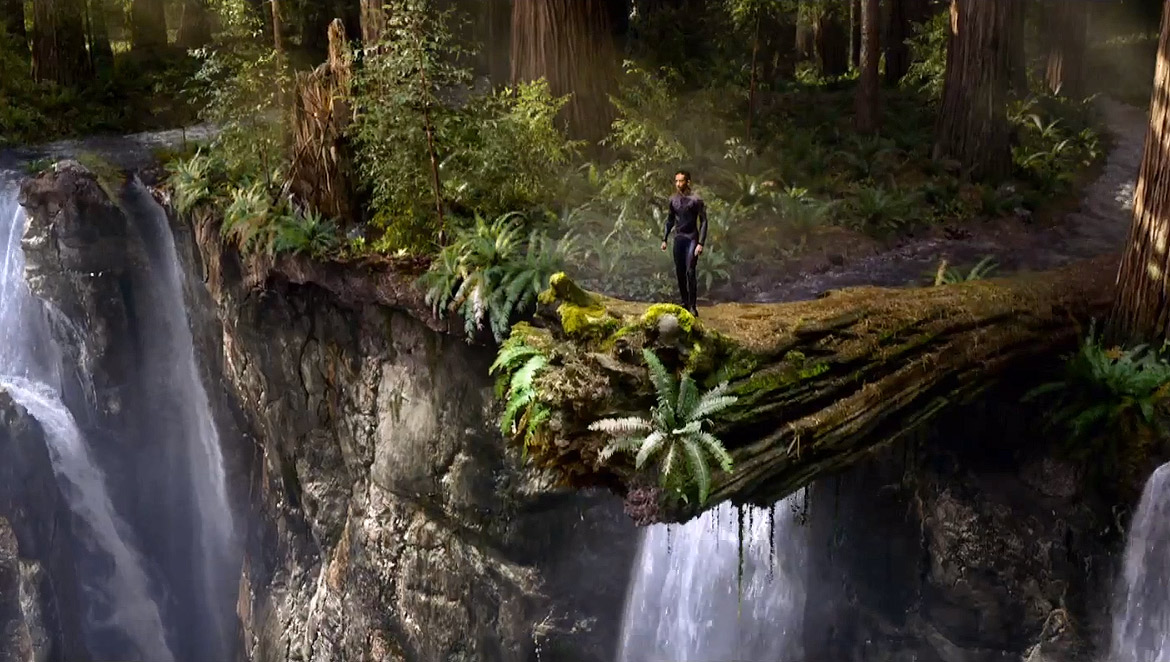 It tells the inexplicably long-winded tale of war hero Cypher Rage (Will Smith) and his son Kitai (Jaden Smith), who live on the planet Nova Prime, humanity’s new home after destroying Earth 1000 years earlier. Kitai struggles to make a connection with his stoic father and bears a considerable chip on his shoulder as a result of this, and as a result of guilt over his sister’s death. When his mother (Sophie Okonedo) suggests Cypher take the boy on his last mission before retirement, disaster strikes and the two end up on the now-desolate wasteland of Earth. With Cypher’s legs broken, it is up to Kitai to retrieve a backup rescue beacon so they can signal Nova Prime and be saved. Along the way Kitai is imperilled by dangerous, highly evolved creatures and alien beasts.

It’s a bummer that John Singleton never recreated the sheer quality and power of his directorial debut Boyz n the Hood, but credit must be given for more or less sticking to his strengths with his subsequent pictures despite never again captaining them with such might. M. Night Shyamalan on the other hand seems intent on not only pursuing what he’s proven to be terrible at, but actively escalating the scale of such failures. Besides being a visual klutz, Shyamalan takes on the already sodden script with all the subtlety of a carjacking.

The characters speak in a strange and embarrassing patchwork of generic American, generic African, Bostonian and British accents. It’s just one of the elements in After Earth, besides the impotent dialogue, that work to suffocate the normally likeable and famously charismatic senior Smith, as well as magnifying the ill-acting of Smith Jr.

Watching Jaden struggle is certainly cringe-inducing, but less for his poor acting chops and more for the amount of work and energy evident on the screen. Jaden Smith’s acting is like a young child sweatily exerting himself as he tries to lift his father’s 100lbs. barbell. No matter how hard he pulls, he ain’t getting it off the ground.

Disregarding completely all the noise about shameless vanity projects and whether or not the film possesses ties to Scientology, After Earth is at its core, simply a bad, bad film. And it’s a bad film in terms of base logistics: a dull, clichéd plot, saccharine dialogue, ridiculous sentimentality, cheesy cinematography, weak performances and a predictable narrative without a hint of respect for the audience’s time, money or intelligence.

It’s already been compared ad nauseum to the excretal Battlefield Earth (a genuine Scientology film) but I have to disagree. Whereas Battlefield Earth was a punishingly bad film and will forever retain status as a punchline, After Earth will be largely forgotten for the lifeless, unentertaining mess that it is.

It has more or less fulfilled its financial raison d’etre, but it’s doubtful that it will make a superstar of the eager but unable Jaden Smith. For dignity’s sake, let’s hope that both he and his father give those ambitions a rest.