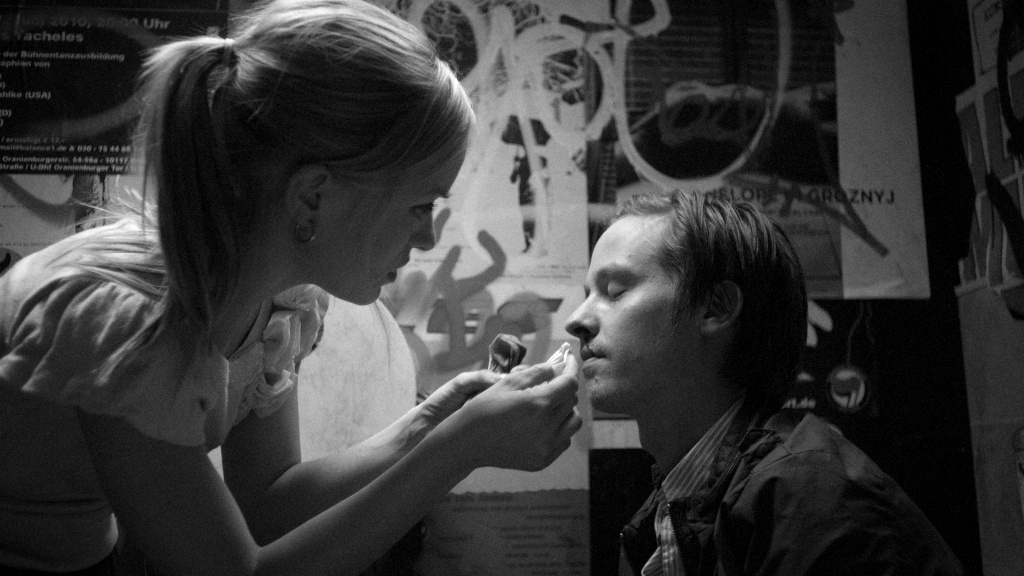 Germany isn’t exactly an esteemed source when it comes to comedy, which makes Jan-Ole Gerster’s Oh Boy a mild but undistinguished surprise. The influence of Woody Allen, early Richard Linklater and the recent mumblecore movement are evident, Gerster essentially fusing the three and transporting them to a black and white Berlin. It’s never clear why Oh Boy is presented without colour, but it’s more than likely that there is no particular reason. Like the rest of the film, this stylistic choice is without purpose, neither here nor there as Oh Boy drifts along pleasantly.

The film follows Niko Fischer (Tom Schilling), during a meandering day in his life. Niko has dropped out of university, is unemployed and lives off his father’s generous allowance. He breaks up with his girlfriend at the beginning of the day before being rejected by a snarky psychiatrist for his license renewal application. He drives around with friend Matze, who introduces him to an old acting friend. He meets up at a golf club with his father, who has only just discovered that his son has dropped out of law school, and responds by ending Niko’s allowance. Oh Boy’s attention is fleeting, but each individual encounter is rewarding enough in its own right.

Not much is suggested and less is resolved, but there’s an amiable tone to Gerster’s film that prevents it from ever drowning in its own insignificance. There are some moments of particular strength and also weakness. A running gag involving Niko’s inability to acquire himself a cup of coffee (the film in Germany is called A Coffee In Berlin) feels like the writing of a lesser student film. The finale, in which an elderly drunk recounts his experiences during Kristallnacht, appears to add a degree of poignancy, but to what?

Schilling as Fischer is a necessary presence, able to convey disinterest and compassion equally. There’s an ambiguous like-ability to Fischer. Like the film itself, Fischer’s motivation and character remain unclear, but also like the film he’s not without compelling characteristics. Other characters come in and out of Oh Boy with various degrees of impact. There’s a congenial laziness to Gerster’s film, which advocates Berlin in much the same way Allen enthuses over New York. You may get absolutely nothing out of Oh Boy, but that doesn’t necessarily mean it’s a waste of time.