Foreign films carry a certain intellectual weight regardless of their content. Despite having met countless stupid people wearing glasses, when asked to physically describe an intelligent person — a nerd, a scientist, a mathematician — a person will inevitably include glasses in their description. Most likely they will describe bottle-cap bifocals with thick, black rims, since the weight and size of the glasses is irrevocably correlated with just how intelligent the individual wearer is. I guess the assumption is that the person developed myopia from the copious amount of reading and research they had undertaken?

Regardless, this inexplicable link between glasses and a genius-level IQ translates rather well to the world of cinema in the form of what I’ll call “Foreign Film Syndrome.” For the less scientifically apt of us, FFS is the instant baggage of intellectuality that gets tacked-on to any film that doesn’t come out of the Western world. It’s particularly prevalent any time French cinema is mentioned.

There’s an inherent hoity-toityness in French films—the idea that they’re all composed of deeply existential monologues spoken by pale men seconds from suicide, shot in black and white in reverse chronology. And of course this completely disregards the fact that the French film industry is responsible for some of the most reprehensible and mentally barren pieces of shit ever committed to celluloid. 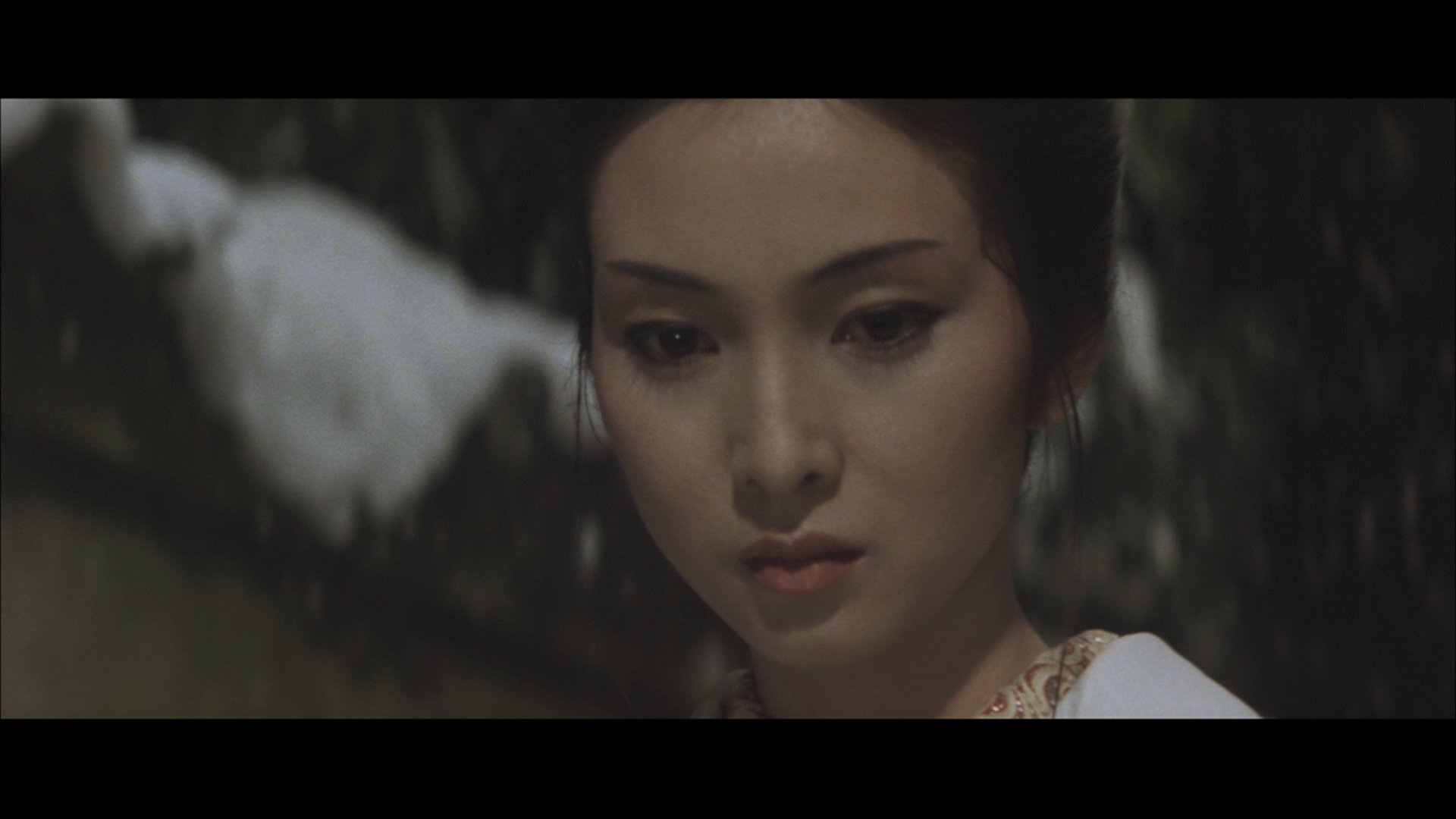 I’ve spent some time documenting the hidden depths of traditionally dumb movies. It probably stems from the many wrongful accusations that have been hurled at your humble writer over the years. An adolescent devotion to punk rock and lifting weights meant that I was branded an anti-intellectual neanderthal by many. An English teacher once reacted to my wanting to read Oedipus Rex with a reaction similar to if I’d told her I still use a honey bucket to shit. So I suppose I’m resentful of the notion that certain films should be disregarded and others embraced for possessing some implied depth simply as a result of arbitrary aesthetics.

Audiences need to resign themselves to the universal stupidness of films from all around the world. Much of the stupidness is very much influenced by Western idiocy for sure, but inside these films beats the heart of homegrown lowbrowness. And the best part: it’s all okay. Films are not intrinsically smart or dumb based on their country of origin. They’re smart or dumb based on just how neurotic you can get with your analysis. This is what separates the film geeks from the people who just want don’t want to have to talk to their spouse for an hour and a half.

It’s to Quentin Tarantino‘s credit that his film geekdom is a spiral staircase coiling so deep into his psyche he is able to extract the cerebral gems possessed by films that, to the layman, are simply violent or hyper-sexualised banality. Thus he was able to make what is one of the finest and most well-made exploitation films ever made into two very reasoned and precise mediations on love, betrayal, revenge and mortality.

The film in question, Lady Snowblood, was directed by Toshiya Fujita. Fujita had found his fame directing pink films for a Japanese production company called Nikkatsu. His first noteworthy project was an instalment in the famous Alleycat Rock series of youth films. These were films about Japanese youths involved in biker gangs, rock & roll and other types of unsavoury activity.

During a hiatus from Nikkatsu, Fujita turned his attention to adaptations of a manga comic known as Lady Snowblood. The comic had been serialised in the adult magazine Weekly Playboy and Fujita was given the task of adapting the gory tale for the big screen. The story goes that while you can take the director out of exploitation cinema, you can’t take the exploitation cinema out of him. 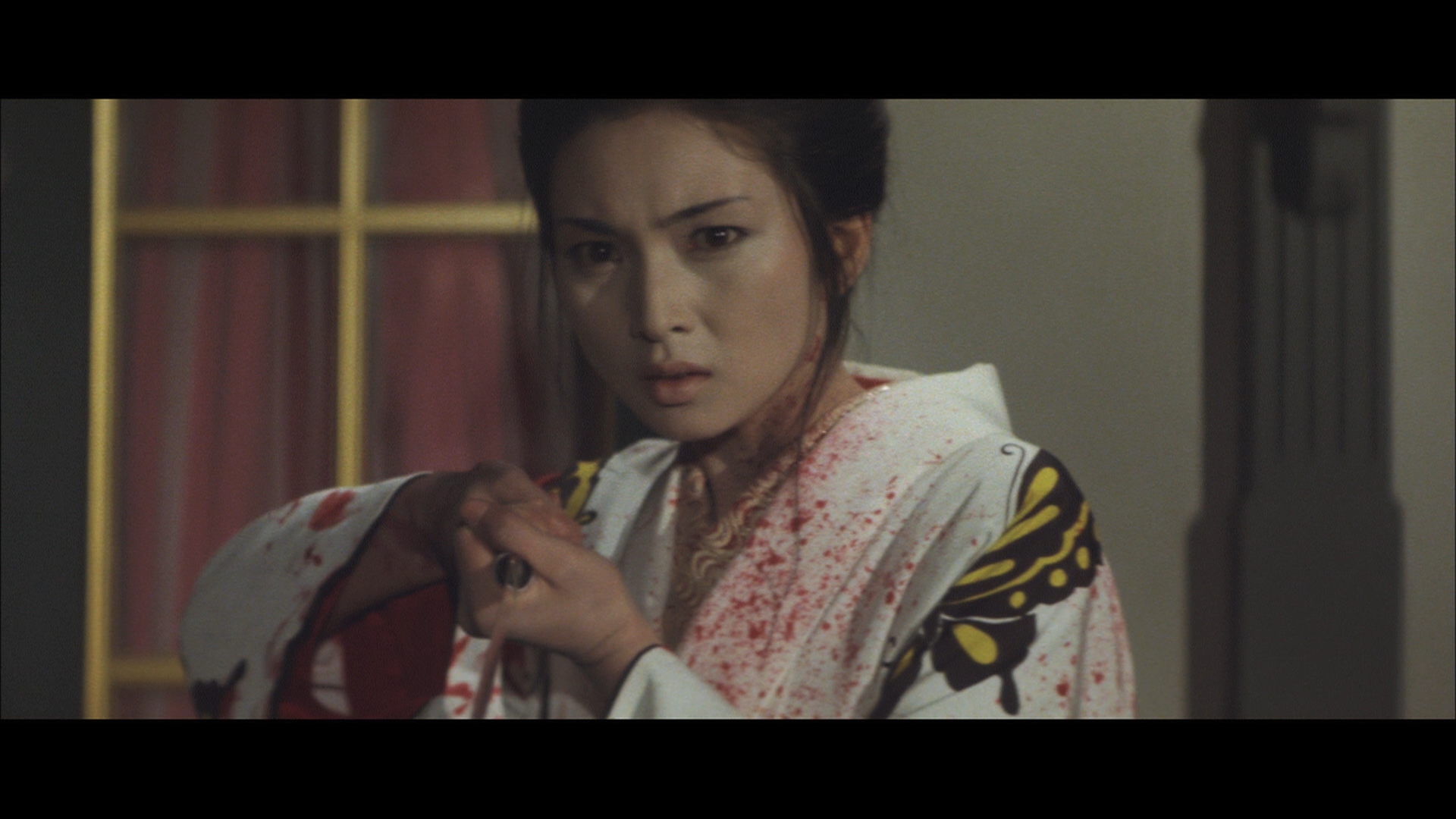 Meiko Kaji, who’d previously starred in Fujita’s Alleycat Rock film, stars as the titular Lady Snowblood, Yuki Kashima. Yuki is a woman born for the sole purpose of vengeance—birthed in a prison to a mother who’d had her family taken from her by a ruthless gang. Yuki grows up to be a delicate beauty and a masterful swordsman, hunting down the men who murdered her mother’s family one by one. Her mission becomes complicated when she meets a young girl whose father is on Yuki’s hit-list.

The sequel, Lady Snowblood 2: Love Song of Vengeance, concerns Yuki’s entanglement in a nefarious government plot. Tasked with the assassination of a dissident, Yuki goes undercover to get near her target. When the target, Ransui, reveals that he knows Yuki’s true identity and her ultimate purpose, Yuki is given a new task and forced to decide with whom her allegiance lies

Fujita’s two films are not high-calibre social commentary or tales of existential crises. They don’t cry out like the work of Kurosawa or meditate like Ozu. The films are much like a live-action anime though possessing fight scenes that, while requisitely bloody, do not grab the eye like the combat in great anime. Instead Lady Snowblood, like all great exploitation cinema, is anchored by a strong protagonist whose character attributes justify the film’s very existence. Kaji plays Yuki with stone-faced composure and grace, misdirection for the dark fury that courses behind her steely eyes.

The first film is the superior of the two but the sequel does serve as a respite of sorts. It’s far more plot-driven and as a result, the impact on the viewer is less acute and completes Yuki’s story aptly. Between the two films Fujita crafts an understated but violent tale of the nature of justice and empowerment through brutality.