A mineworker tries to go against his corrupt bosses; a receptionist in a sauna faces abuse while she waits for her boyfriend to make a decision; a young man tries to find work with a future; a man finds power and release in the use of a gun. A Touch of Sin follows four separate stories, four characters who never meet, but brush by each other in passing. This is latest film from acclaimed director Jia Zhang-ke, though for me it was my introduction to the director’s work.

A Touch of Sin was the winner of the Best Screenplay at Cannes, where it was also nominated for the Palme d’Or. It definitely has some pretty big critical heavyweight backing behind it, and the line alone to the screening on July 31st let me know how highly this film was anticipated. It is a fairly uncompromising commentary on aspects of Chinese society that leave people, like our characters, at breaking point.

The director and his wife (one of the films actresses) Zhao Tao were in attendance at my screening. Before the film, Zhang-ke told the audience that he felt these were stories, based on true events, which had to be brought to screen. The concept and message is more than clear. These are people driven by circumstance to acts of violence and self-destruction. Each story plays out to an inevitable conclusion (except perhaps for the character of Zhou San in the second story. He is something more of an enigma). It’s a very bleak portrait, but in trying to paint this portrait, the director has unfortunately at times presented the audience with some uneven, occasionally luck-luster narratives. 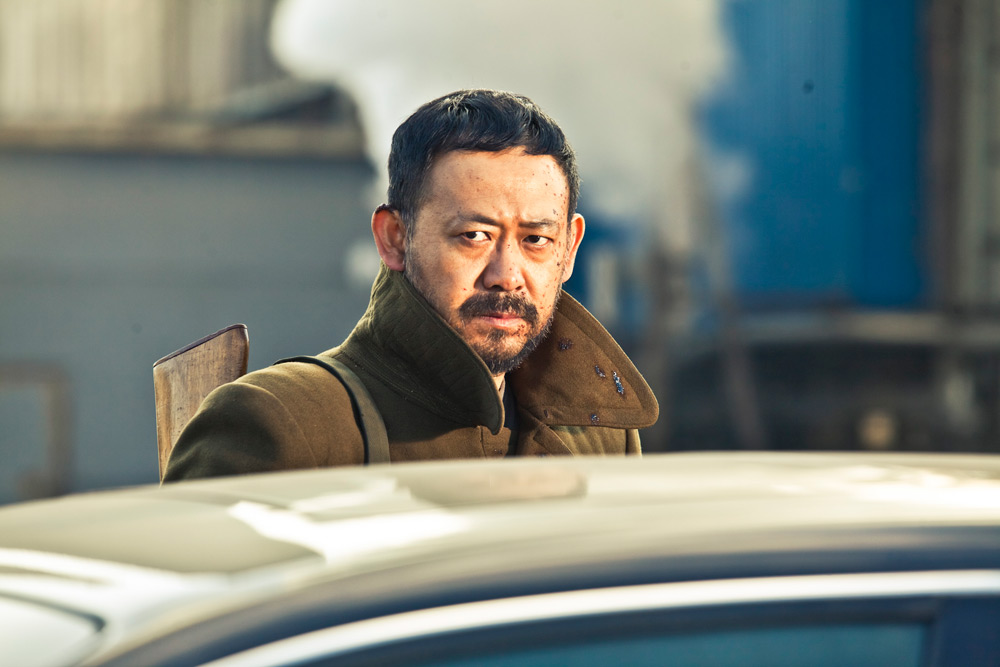 Some of the narratives are stronger than others. The last story, about a young man, Xiao Hui (Lanshan Luo), who leaves his job at a factory to try and find a better life was quite engaging. He finds work at a strange, themed brothel, where he falls in love with one of the young prostitutes. Luo perfectly captured a sense of heartbreaking desperation, and put in an impressive performance for one of the films youngest actors, and his feature debut. I was also very impressed with Zhao Tao in the films third story as Xiao Yu. Stuck in a receptionist job she doesn’t enjoy, she gives her boyfriend an ultimatum – divorce his wife, or they’ll have to end their relationship. She knows it’s going nowhere. When she is assaulted by a drunken client at the sauna she works at, she finally snaps, and its here the film obviously takes inspiration from the martial arts genre (the director has spoken of how he felt inspired by some martial arts films). Xiao Yu snaps in one of the most brutal scenes in the film and seeks nothing but revenge.

As I said above though, not all the stories told here are so memorable. Dahai (Wu Jiang), a disgruntled miner who feels cheated, is sometimes a pitiable character, and at others comes across as crazy and unintentionally funny. I wasn’t sure whether I was meant to sympathise with him or not. Zhou San (Baoqiang Wang), the protagonist of the second tale, is so completely unreadable; the reasons for his actions never really make sense. He likes the feeling of power guns give him, so he robs people for money – I’m sure psychopaths like this exist, but it’s all too unclear here.

The violence in the film, while it is vicious, loses its impact after a little while. It sometimes resurges (like in story three) but after a while we come to expect it and the effect is lost. The cinematography is appropriately grey and gritty, but only really feels inspired in a few scenes.

A Touch of Sin is well constructed, mostly well acted, and as a social commentary highly intriguing, but it’s impossible to say that as a cinematic experience it’s an enjoyable film. The narrative structure, while ambitious, is too uneven. It occasionally hits some high points, but sadly lacks in intensity.