Sometimes, you just need a film that will cheer you up. Frances Ha (from Noah Baumbach) is that film, and more.

Co-written by the star Greta Gerwig, Frances Ha follows a 27-year-old dancer living in New York. She’s an apprentice in the dance company she’s with; she can barely afford rent; her best friend Sophie (Mickey Summer) is dating a guy who says things like ‘I gotta take a leak.’ Frances isn’t really sure what direction her life is heading, but she ploughs on through life regardless, always appreciating the bright and joyful moments.

So many people are going to be declaring their affinity with Frances – her indecisiveness, the lack of direction she feels, struggling to get by money-wise. But what sets a film like Frances Ha apart is that Frances doesn’t sit around in her pajamas with a bucket of ice-cream (apparently people eat buckets of ice-cream), crying while watching romantic comedies and listening to sad 80s pop ballads. Frances faces problems, makes decisions (sometimes good, sometimes bad), and generally goes about life with a sense of optimism. 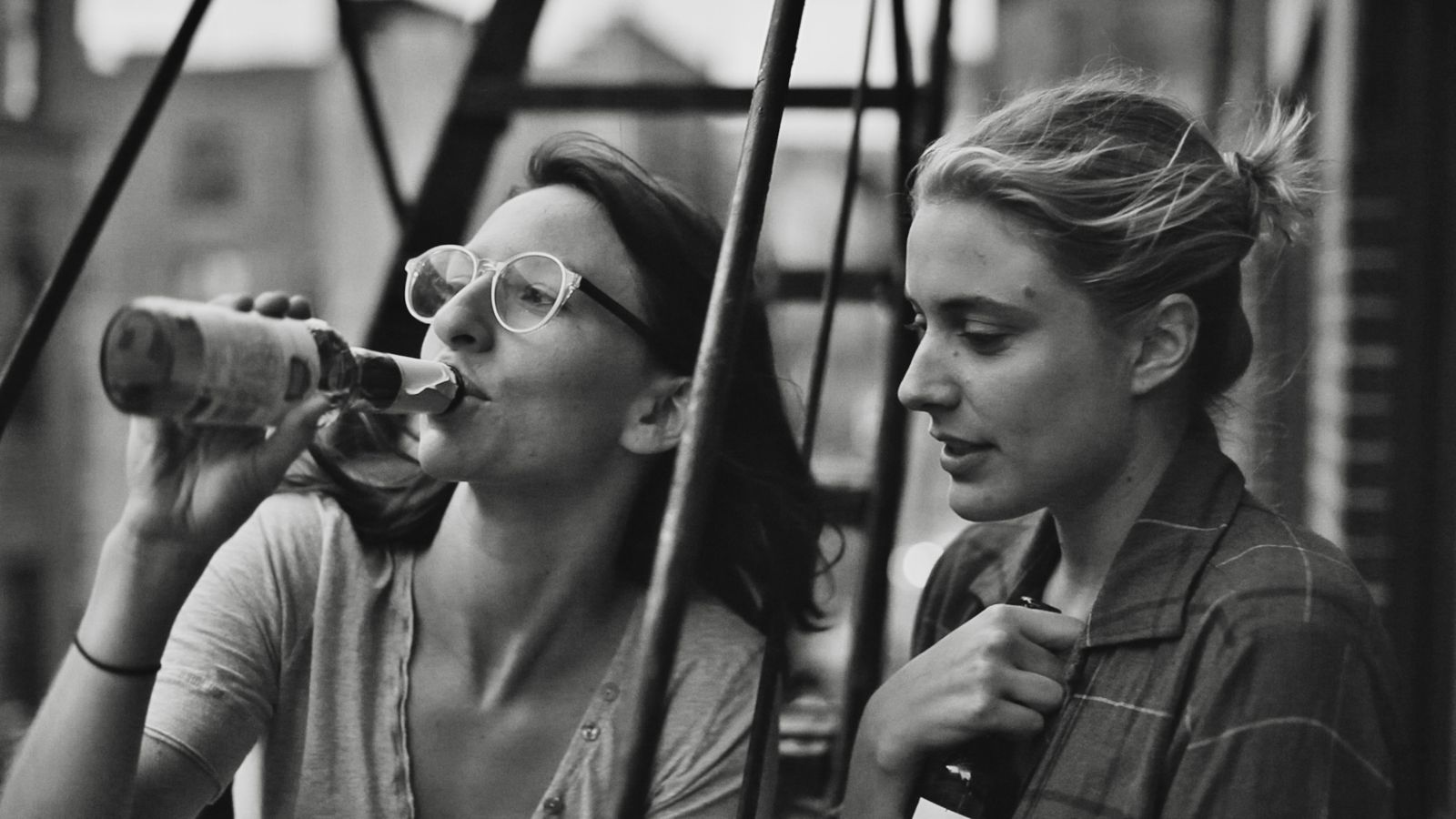 It has been a very long time since I’ve seen a character as endearing and loveable as Gerwig’s Frances. She’s the type of person you wish you had in your life in some form or another. Either that or you want to be her, problems and all. We owe a lot to Gerwig, not only for helping to write such a well-defined character, but also for bringing her to life in such a delightful, warm, charming, huggable way. Yes, huggable.

So, we have a very ‘real’ character facing ‘real’ problems, whilst managing to avoid failing into the dreaded realm of the cliché. What else has the film got going for it? Well, the supporting cast are all fantastic too, especially Mickey Summer as Frances’ best friend Sophie. As well as being another well-written character, Sophie serves to remind us that just because other people seem to have a handle on their life, they probably feel just as out of control as you, and you don’t even realise it.

To top it all off, we as an audience are blessed with intelligent, funny dialogue, a great soundtrack (one that makes you feel like dancing), and the film is lusciously shot in black and white, which amongst other things, heightens the feel of the New York setting. I’m also pretty partial to a film that likes to tweak the boring old cause and effect style narrative. I mean, Frances Ha still does follow that formula, but in a much more subtle, far less overblown style. Frances’ story is told in ‘chapters’ based on which apartment she is living in at the time, and it’s a refreshing change up.

I could go on about the writing, performances, music, cinematography, but the best thing I can do to convince you to see this film (and you really, really have to) is to tell you how I felt on leaving the cinema. I’d been having a pretty bad day – nothing too serious, just lots of things adding up to a big, stormy rain cloud hanging over my head. Frances Ha was everything I needed. It’s a rare gem of a film that cheers you and let’s you feel that everything can and will be okay. The best thing is, it’s not ‘fate’ that intervenes and helps Frances out; she helps herself.  It will leave you glowing.