Nina is the directorial debut from Elisa Fuksas, and is a film that captures the atmosphere of a relaxed and lazy summers day to perfection. But while it is prettily shot and well acted, Nina is a film that sadly falls short of the mark.

Nina (Diane Fleri) stays behind in an almost deserted Rome during the hot summer months while most of her citizens have left for a holiday. She dog-sits, teaches singing, exercises, and studies Chinese in preparation for an exam – she intends to go live in China come September. Nina floats through summer idly, befriending an odd cast of characters including a bored ten-year-old boy, a wedding cake maker who wants to sing, and a charming cellist.

Fuksas is the daughter of two renowned Italian architects and it shows in her filmmaking style. Shots are composed to highlight the beauty and uniqueness of Rome’s contemporary and classical structures. Every frame of this film looks gorgeous, and the use of colours puts you in immediate mind of summer – golds, blues, yellows and whites, even at times recalling that particular haze you get on a blindingly bright day. I also enjoyed the use of classical music – an odd combination with such a film, but one that works, and further reflects Nina’s profession as a classical musician/singing teacher. 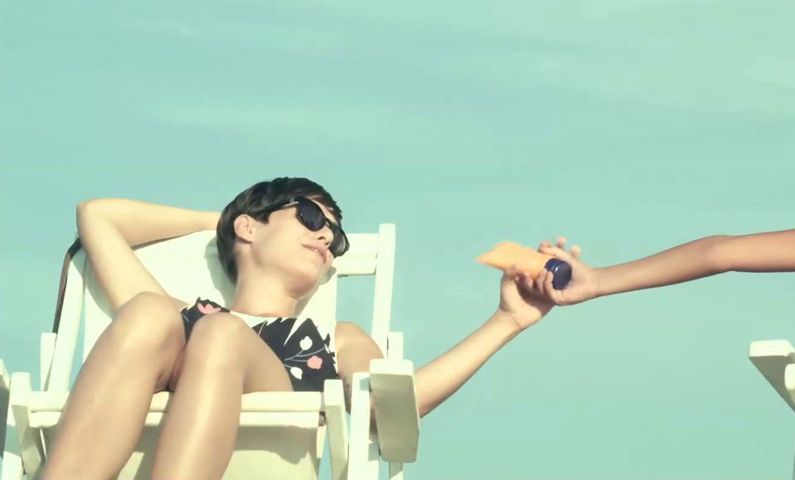 Diane Fleri is an appealing lead, and is definitely charming in the title role. Nina is a character who, while she seems carefree, carries a great deal of anxiety with her – her way of drifting through life, keeping herself busy by not really doing much of anything, is a way of avoiding thinking about her future, or making personal decisions that she doesn’t want to think about. I particularly enjoyed Nina’s interactions with Ettore (Luigi Catani), the young boy who is her neighbour.

Nina should have been something I loved, but sadly, it never achieved the effect it was going for. I get it, and I get Nina as a character (I can even relate a little), but this film provoked no strong emotion within me. It’s pretty to look at, but it all felt far too pointless. The story took far too long to get going, we were half way through before we even got a hint of Nina’s inner thoughts and fears, and by the end I still felt like we barely scratched the surface.

Nina is by no means a terrible film, but it needed a far stronger voice to say what it wanted to say – maybe it even needed to figure out what it actually was that it wanted to get across in the first place. My attention wandered almost as much as Nina did.