A new talent on the anime scene. 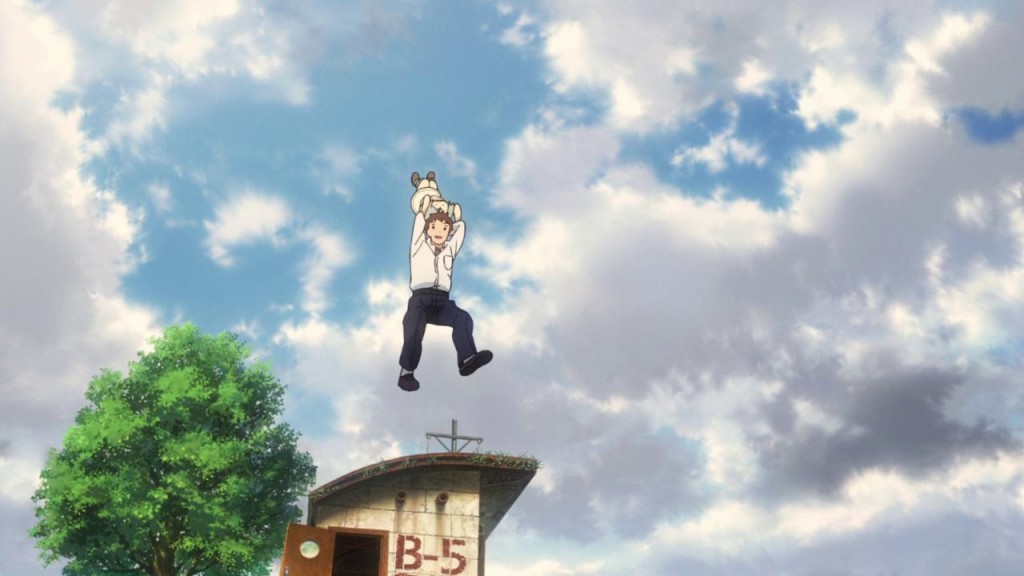 Screened as part of the Next Gen program at MIFF, Patema Inverted is a brilliantly inventive and visually dazzling feature film from the promising new talent on the anime scene, Yasuhiro Yoshiura.

Patema is a young princess of a community who live in an underground, industrial civilization. Her father, the Chief, died many years ago and now her guardians spend half their time trying to keep her from exploring the empty recesses of the complex. Patema, rebellious and curious, dreams of another world.  One day, she is attacked by a bat-like creature, and falls into a deep chasm. She isn’t falling down however…she is falling up! Patema falls up into the sky, only to be caught by Age, a young boy who lives on the surface. The two soon realise that gravity works on Patema and her people in the opposite direction. Age is the only thing keeping her tied to the earth. But Age’s society is far from an ideal utopia, and the two must work together to uncover the truth about their two worlds. 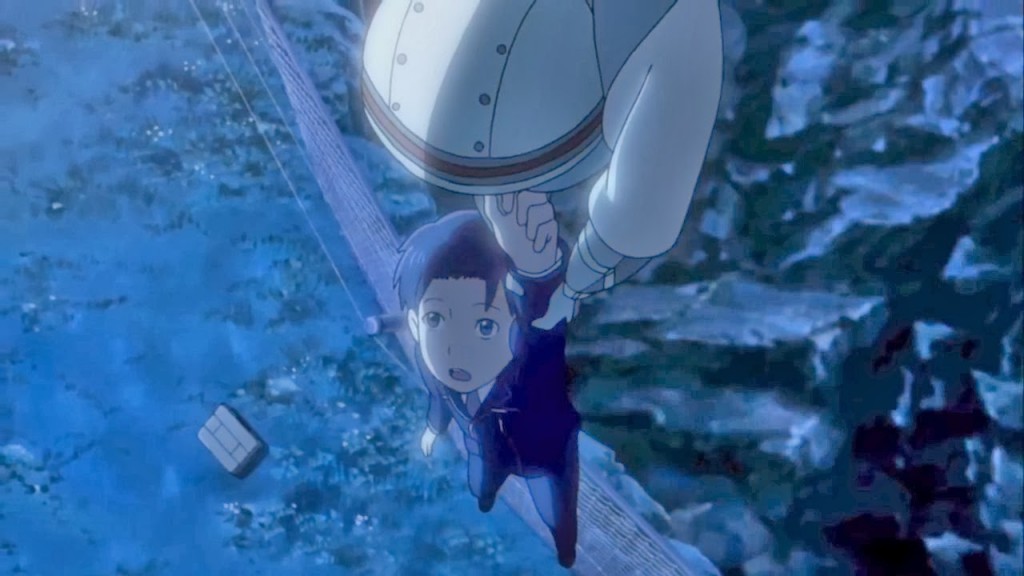 Patema Inverted has sometimes been referred to as a tale of star-crossed love, and there are elements of that to the story, but it is by no means the main focus. Patema and Age cling to each other, not only out of necessity to keep Patema from falling up, but out of a mutual fear and need to protect each other. There is an underlying darkness to the story that keeps you on edge. ‘Sinners fall into the sky’ according to the leader of Age’s society, and the Inverted must be hunted down. The two societies see the world from entirely different perspectives – literally! It’s not hard to see the allegory in this story, but it never feels forced or heavy handed. The growing friendship and understanding between Patema and Age is quite beautiful in this context. Patema’s and Age’s spirit gives us something we really want to cheer for.

Visually, the film is absolutely stunning – the sci-fi and fantasy influences are clear in the art. The sky appears to go on forever, and the backgrounds are incredibly detailed. As I mentioned, the film plays with perspective and point of view – the effect can occasionally be a little dizzying and disorienting, so if you have a morbid fear of heights, maybe wait until you can see this from the comfort of your own home! However, this was truly meant as a big screen experience, and it’s one that I won’t forget for a while. Yoshiura has crafted a richly detailed, memorable experience. I look forward to his future work, and can’t wait to acquaint myself with his past creations.