"Strickland has compiled his film in a manner that suggests there is more to it than haunted dresses, but there may not be."

"His union of humour and weird horror oscillates relentlessly between being engaging and having a disconnecting effect. "

Peter Strickland’s In Fabric makes us laugh while at the same time also edging us toward a determined uneasiness. That is no insignificant accomplishment though whether that accomplishment is enough to recommend the film, which is comprised almost entirely of idiosyncrasies, is another matter. On the surface we may perceive In Fabric as being about a haunted dress that destroys the lives of its wearers as it passes from owner to owner. Strickland has compiled his film in a manner that suggests there is more to it than haunted dresses, but there may not be.

The dress is initially found by Sheila (Marianne Jean-Baptiste) a well-meaning and modest divorcee who works at a bank and has a contentious relationship with her young adult son, Vince (Jaygann Ayeh). Sheila comes across the dress in a department store that reflects reality enough to seem familiar and is fantastical enough to be impossible. 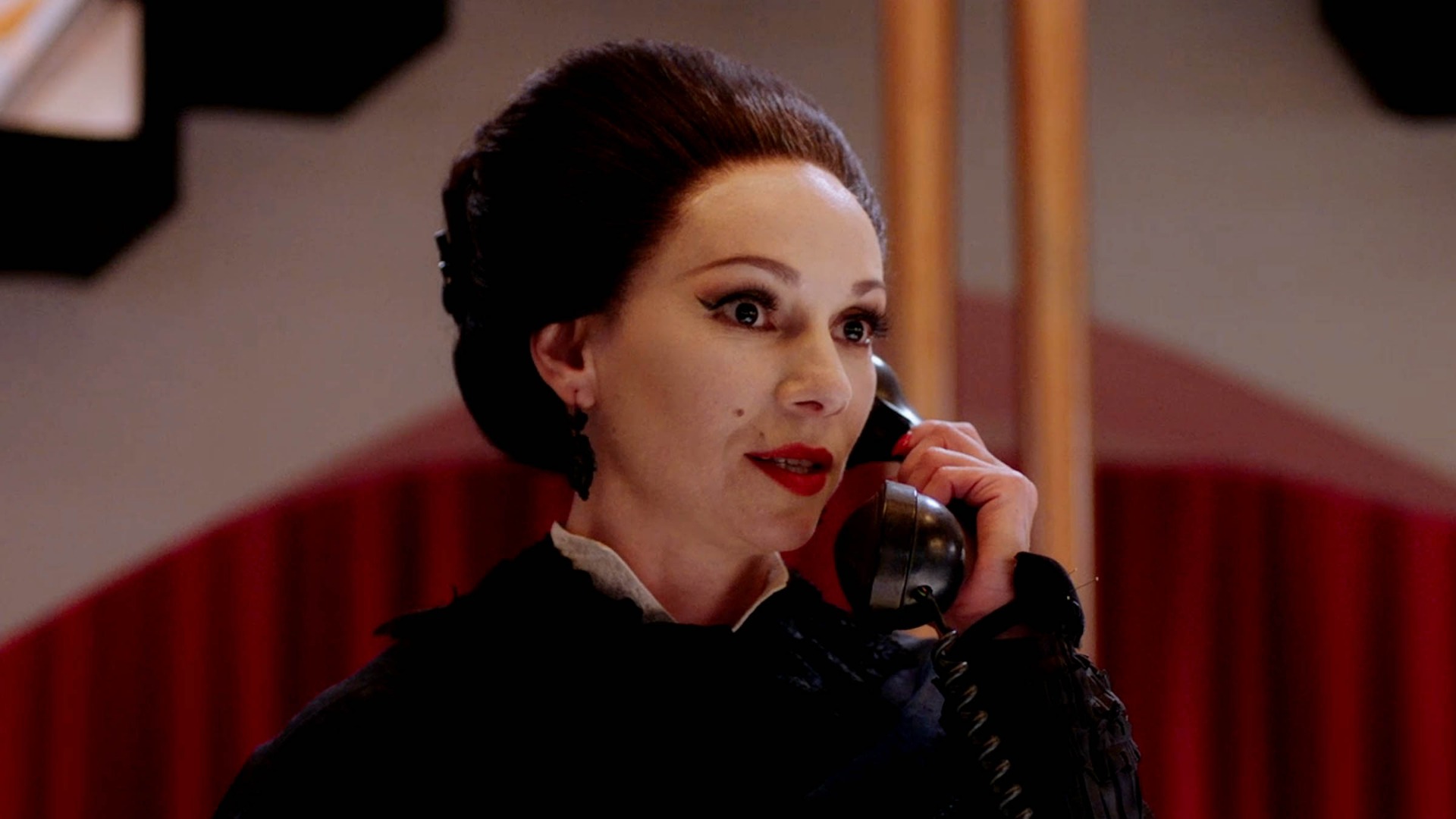 The dress is for a date, not because Sheila is the sort of woman who would impulse buy a dress for a date but because her only other dress is physically damaged. These are two inconsequential details in a film full of inconsequentiality. Some art, like beauty, is in the eye of the beholder. Your appreciation of In Fabric may depend on your interest in these inconsequentialities.

Strickland introduced the film at the screening that I attended and told the audience that In Fabric is a result of his memories of department stores as a child. We are all aware of how malleable memory is, especially the memory of children. The world of In Fabric is a natural albeit hallucinatory result of how fancy, time and not-knowing can alter our memories. It’s not too much of a stretch to understand how Strickland arrived at the character if Mrs. Luckmoore (Fatma Mohamed) after he spent a childhood wondering who on earth the shop attendants were, and what they did when the shops were closed.

Strickland’s own answer to that question is, as I have mentioned, both funny and unsettling. His union of humour and weird horror oscillates relentlessly between being engaging and having a disconnecting effect. In Fabric is a difficult film because of its oddness. Strickland’s previous film, The Duke of Burgundy, was not without its eccentricities but they served a coherent whole. It was rewarding to engage with the possibilities that Strickland presented in his imagery because the film provided a sense of  purpose that invoked a discussion with the audience. In Fabric in contrast is a kaleidoscope of a concept. The art is undeniable but largely impossible to master 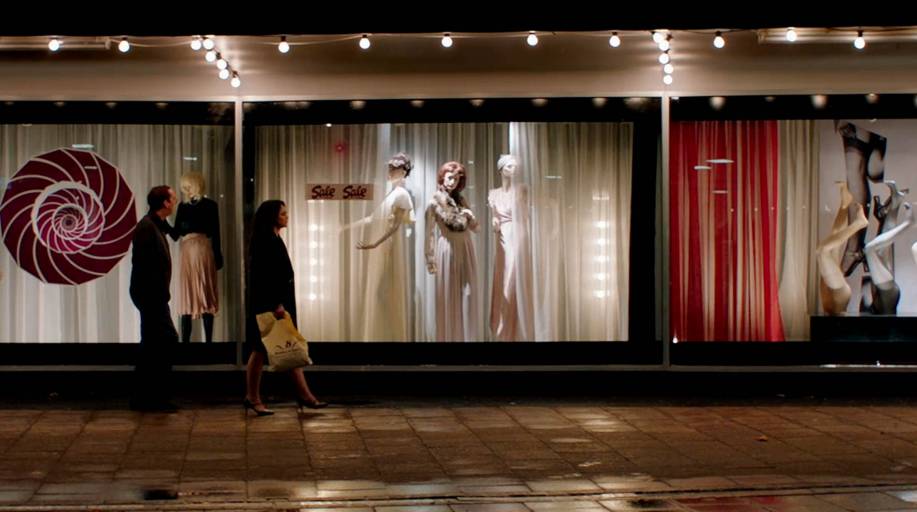 In Fabric loses us in Strickland’s desire to invoke purposeful weirdness and wins us back with fleeting moments of promise in which a degree of purpose seems possible. Some films can exist and succeed solely on weirdness but In Fabric isn’t one of them. Strickland doesn’t give you enough reason to care about the narrative because he doesn’t care himself. The strength of its atmosphere and imagery isn’t enough to sustain a film that runs at almost two hours. It lacks the subtlety of Strickland’s previous work, which inspired scrutiny in regard to subtext. Whether In Fabric has something on its mind is unclear but I would venture that it doesn’t.

In Fabric is comprised of detached tangents that might have been better affiliated with one another to allow us to appreciate the film as something more than weirdness for weirdness sake. It is a work with a fascinating aesthetic and some enjoyably erratic humour but the lasting impression is that not even Strickland knew what he was doing and so why should we?