"Don’t worry, writer-director Anders Thomas Jensen has indeed baked the laughter in there, and it doesn’t take that long to uncover it."

"Riders of Justice is refreshing for how it takes familiar revenge thriller ingredients and throws them into a blender."

You’ve got to hand it to the Danish – they know how to make a movie funny when almost everything about it is violent and tragic. You might call it a cultural heritage that dates back to Hamlet, if the traits we know of Shakespeare’s most famous protagonist were not the invention of a British playwright. Just as the prince of Denmark seems almost jovial in despair and laughs at bitter ironies, so does Danish cinema. The most recent example is the MIFF feature Riders of Justice, which stars an actor who has travelled far beyond the films of his homeland. 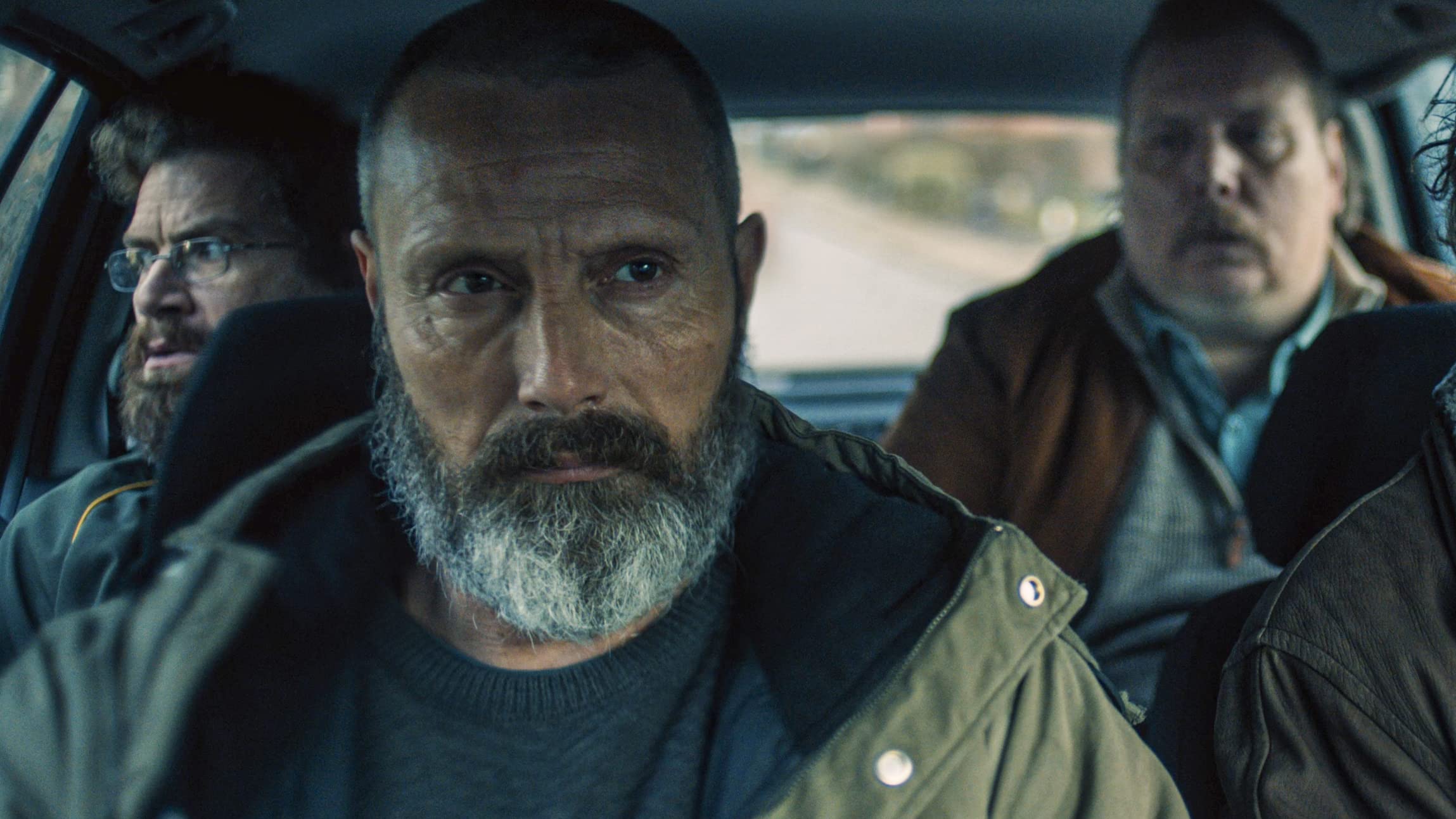 Mads Mikkelsen is Markus, a career military officer who is called home from a foreign front when his wife is killed in a train accident. His daughter Mathilde (Andrea Heick Gadeberg) was spared because she was standing, as was Otto (Nikolaj Lie Kaas), a stranger who gave up his seat to Mathilde’s mother in an ill-fated act of chivalry. When Otto learns that a witness against a biker gang was also killed in the crash, just weeks before he was set to testify, he starts to wonder if “accident” was the wrong word for it. Otto designs algorithms that use data to compute statistical likelihoods, and he finds the conditions of this crash to be particularly unlikely – especially since a suspicious man disembarked the train just one stop before it occurred.

Roping in his two tech buddies who specialise in hacking into private servers – Lennart (Lars Brygmann) and Emmanthaler (Nicolas Bro) – he starts to amass evidence of the involvement of the biker gang. He also approaches Markus, partly out of guilt for inadvertently placing his wife in harm’s way, and partly out of a desire for Markus to know the truth that the police have ignored: that his wife and many other innocents on that train may have been murdered. Markus probably should be tending to the post-traumatic state of his daughter, with whom he has a strained relationship, but he’s a violent man by nature. If there’s revenge to be had, Markus is all in.

It’s not what you would characterise as an hilarious set-up, and 20 minutes in, a viewer might be questioning MIFF’s depiction of the film as a “Scandi revenge comedy.” Scandi? Tick. Revenge? Tick. Comedy? When do I start laughing?

Don’t worry, writer-director Anders Thomas Jensen has indeed baked the laughter in there, and it doesn’t take that long to uncover it. Mikkelsen’s gruff, all-action approach to problem solving does prompt spontaneous sniggers, so straight-faced is it, and so lacking in any sort of social niceties. But his odd couple pairing with the three tech geeks is the film’s most winning decision in the humour department. Brygmann and Bro are particularly effective as the comic relief, Brygmann’s Lennart a brilliant oddball whom one character likens to Brian May of Queen, and Bro an over-sized obsessive who is always yelling at people to step away from the wires of his computer setup because he’s worried about the resolution on his monitors. 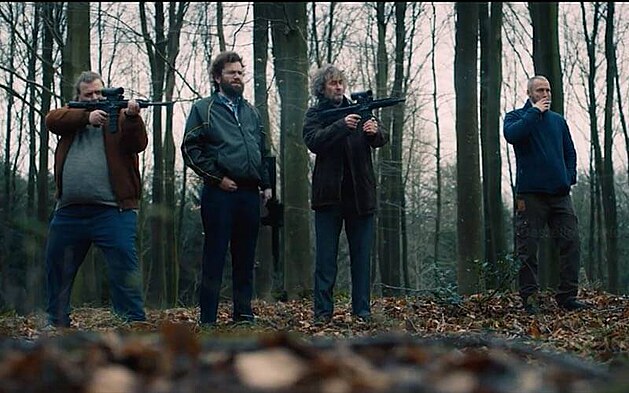 Neither are these nerds cowards, though. They don’t look the part at all – and Otto’s even got an arm that no longer works from a previous accident – but they rise to the occasion when the opportunity to deliver justice presents itself. The trio have a way of breathing life into Markus and Mathilde’s dysfunctional family unit, which grows with the addition of Mathilde’s boyfriend and a male Ukrainian sex worker they rescue from the gang leader’s brother.

Riders of Justice is refreshing for how it takes familiar revenge thriller ingredients and throws them into a blender. What comes out the other side is by turns dark, desperate, profound and sometimes just plain silly. But silly in all the best ways. Because of Jensen’s magical mastery of tones, he can consider the emptiness and destructiveness of revenge in one moment, and make the most of the comic possibilities of a French horn in the next. 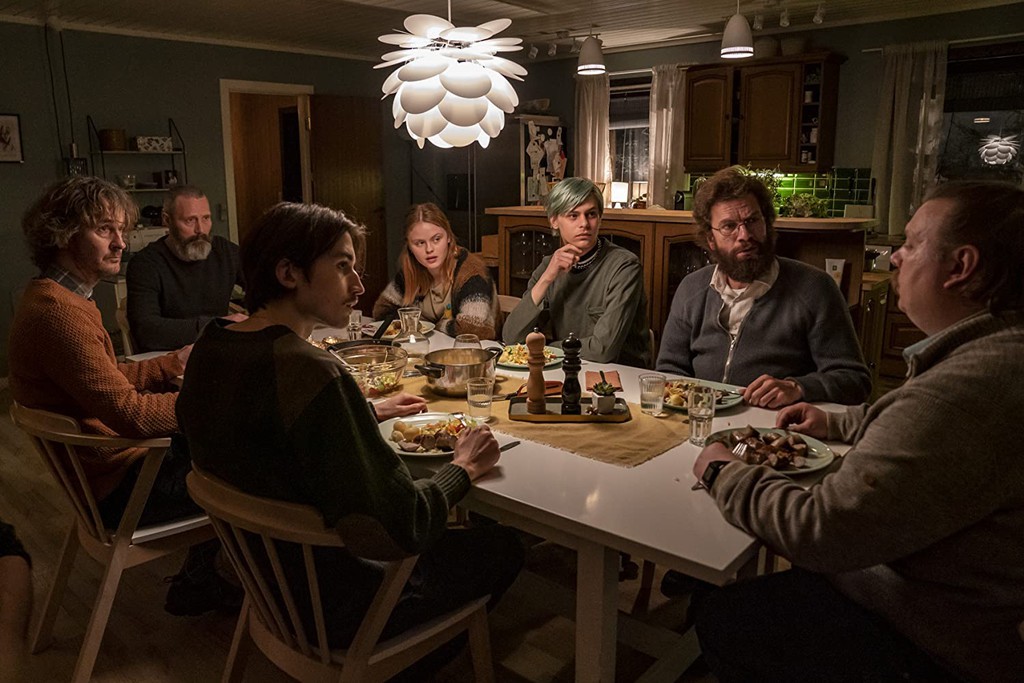 Strangely, given that his presence in the movie would be one of its greatest selling points, Mikkelsen himself may not be used to maximum effectiveness here. Because he tends to be distant and monosyllabic, the epitome of a certain sort of masculine ideal that was once prized in action movies, he doesn’t showcase every part of the versatility that has made him so sought after in Hollywood, or so compelling in Another Round earlier this year. However, Mikkelsen allowing this to be more of an ensemble film servers Riders of Justice well, especially since it allows Kaas to shine as its deceptive emotional centre. 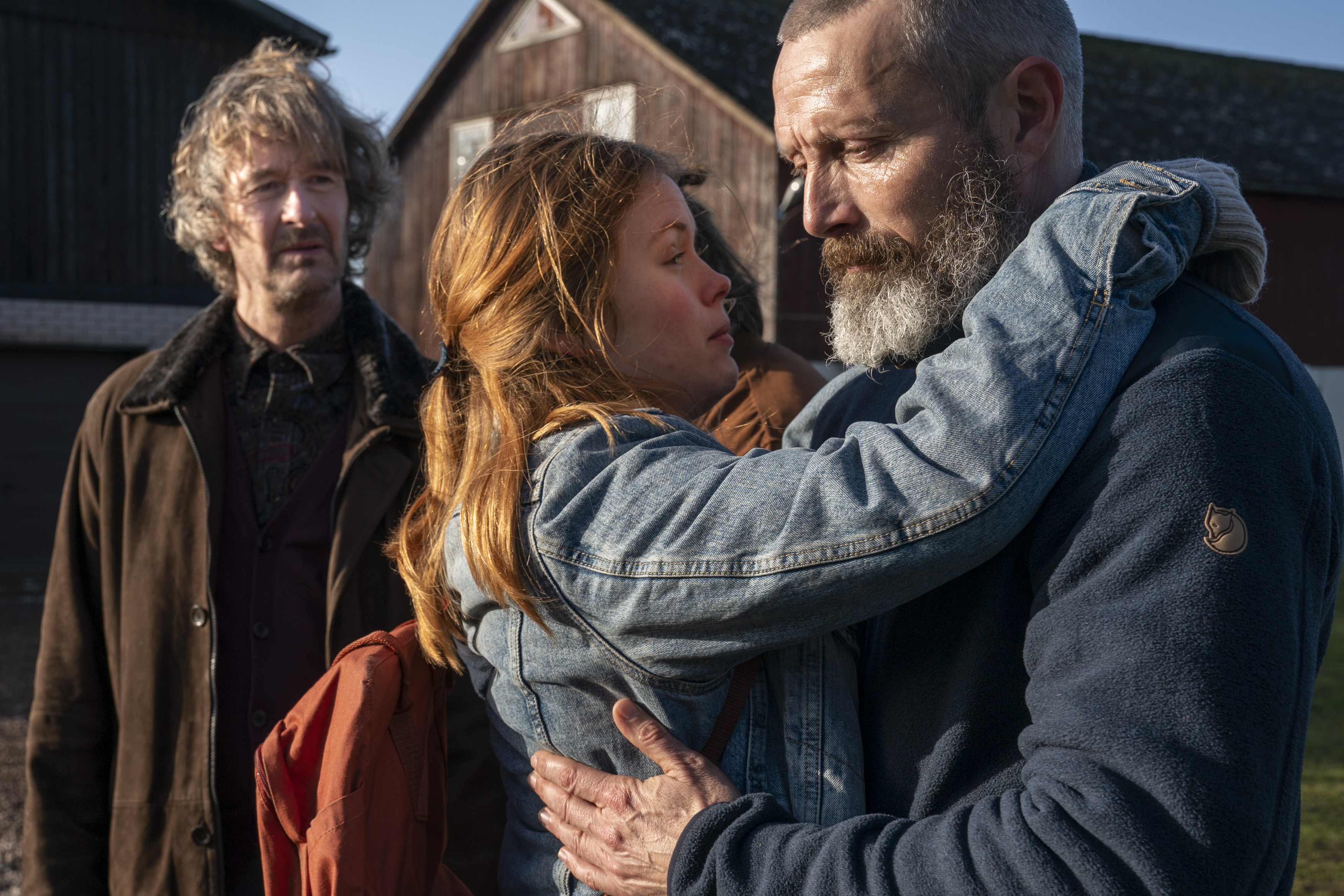 The last feature Jensen directed – Men & Chicken, which also starred Mikkelsen – was a truly oddball affair that played at MIFF in 2016. While that was another tricky combination of tones, this one resonates better by fuelling Jensen’s sensibilities through a more mainstream genre, which he can gleefully upend. Riders of Justice has both its bickering tech geeks and its pounds of flesh, and both make for a pretty pleasing night at the movies.

Riders of Justice is available for streaming rental through MIFF streaming until 22 August.