"Burgess and Leunig hurl each moment at us with coexisting ferocity and delicacy, each scrap contributing to the foggy memory of a complete childhood."

"If the pursuit of truth is paramount in documentary filmmaking then The Leunig Fragments has accomplished it with gusto."

There are two virtuosic sequences in Kasimir Burgess’ new documentary The Leunig Fragments, which is ostensibly a representation of cartoonist Michael Leunig. The first is a kaleidoscope of Leunig’s childhood memories. He remembers a friend being bitten by a snake, he remembers locking eyes with a girl across the schoolyard, he remembers a boy crying into his lunch box because the boy’s father had just died. Burgess and Leunig hurl each moment at us with coexisting ferocity and delicacy, each scrap contributing to the foggy memory of a complete childhood.

The second sequence comes much later in the film and is somewhat more tranquil. Leunig visits one of his primary school teachers, Joan, now an old woman fading toward death. Through previous recollections we already have the understanding that the teacher is a figure of considerable import to the cartoonist. Leunig and the teacher gaze at one another while a voiceover from Leunig muses over what death might mean to her, and to him.

These sequences are archetypal of the strengths of Burgess’ film. The Leunig Fragments is not only the correct title for a film about Michael Leunig, a cartoonist who has offered us his perspective in fragments over many decades. It is also the correct title for this film about Michael Leunig, which conveys a sense of a life and of a man through morsels of information, memory, image and reflection. It raises more questions than it answers, if indeed it answers any at all.

If the pursuit of truth is paramount in documentary filmmaking then The Leunig Fragments has accomplished it with gusto. Truth is not to be confused with fact, which is something that the film seldom provides. Issues that you may expect to be explored, such as Leunig’s anti-vaccination stance, are not ignored but also not important in what Burgess is accomplishing. Truth is evident, though it is often abstract. Some of the most pertinent truths in life are the ones we may never grasp.

The montage of childhood and the visit to the teacher are sequences compiled with artistic flourish. They convey the poetry of Leunig’s life with an ethereal understanding. Burgess’ own creative sensibilities are present but they reinforce Leunig’s persona rather than suffocating it. Cinema is weave of literature, sound and image and when it is done as well as it is here it can provide a sense of cathartic satisfaction that no other art form can.

“There are two conflicting themes in every artist,” Leunig suggests at one point, “the desire to communicate and the desire to not be found. I think that’s me.” There will probably never be a documentary that wholly conveys what sort of person Michael Leunig is, for all sorts of reasons but not least the cartoonists’ own seeming resistance. I don’t think I really care exactly what sort of person Michael Leunig is. But The Leunig Fragments latches on to that desire to communicate and occasionally penetrates the desire not to be found and offers something more interesting than a literal document of Leunig’s character. 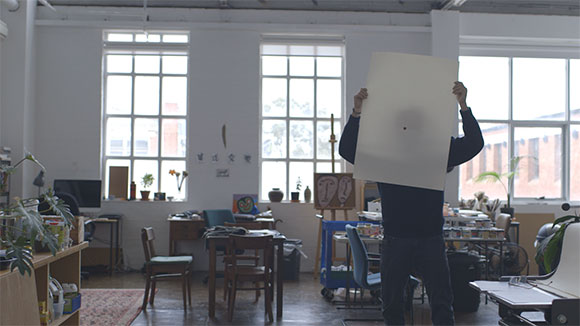 Kasimir Burgess previously made the 2014 drama Fell, a film that I will never stop recommending to anyone who will listen to my recommendations. The Leunig Fragments reinforces Burgess as a serious filmmaking talent that ought to be fostered. The film is not a story of Leunig’s life nor in fact much of a portrait of Leunig as a man. As the title suggests, the film conveys fragments of Leunig, just as Leunig’s body of work has over the past few decades. It is airy, it is poetry.