I don’t see many movies set in the Northern Laotian mountains. But after seeing The Rocket – a new Australian film set in non-other than said mountains – I am starting to reconsider!

The Rocket tells the story of Ahlo, a seemingly cursed young Laotian villager, whose fate shifts from bad to worse as he and his family search for a new home after his village is compulsorily acquired by the government. Joined by two colourful new friends – Kia, a young girl who has lost most of her family to malaria, and her alcoholic, James Brown impersonating uncle – they venture cross-country to compete in the highly respected (and fairly dangerous) Annual Rocket Festival.

The film strongly resembles every great Ben Stiller flick. Ok, sit back down, hear me out! Much like the characters played by Mr. Stiller, Ahlo appears to be cursed; whether this “curse” has been divinely decreed or is merely a series of unfortunate events, our protagonist can’t seem to cut a break. Despite his efforts, his presence and decisions bring harm and hardship to those he loves, irrespective of his honourable intentions. Did someone say Meet The Parents and/or Fockers? I thought so.

At the centre of this tale is the question of “what determines our fate?” Are we destined to succeed (or fail) from birth, or do we possess the power to change our lives? Is our path pre-ordained, or does each day bring with it new hope? Whilst this film is not quite a “comedy” of errors, and has moments that are genuinely tragic, it is the exploration of this existential question that challenges and ultimately enlightens its audience. Ahlo’s determination to prove his worth is both heartbreaking and inspiring, and culminates in a third act that lifts the film to new heights (pun intended). 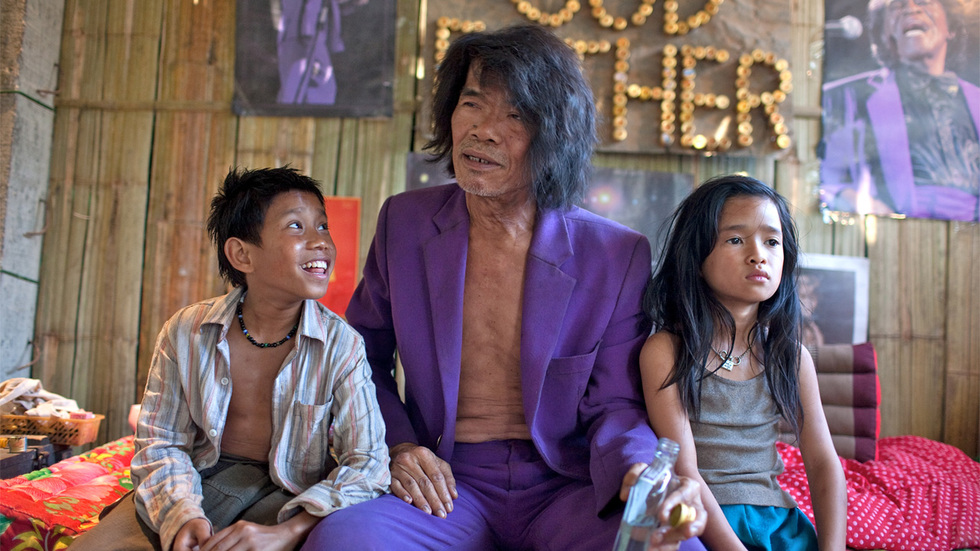 Through the simply adorable performances of the young Kia (Loungnam Kaosainam) and head-strong Ahlo (Sitthiphon Disamoe), first time feature-film director, Kim Mordaunt, takes us on a journey through the spectacularly captured Laotian countryside and draws us ever closer to his answer to the film’s key theme. The script feels both overly simplistic and over-indulgent at times, particularly in respect to the children’s dialogue, but the sincerity of their performances keeps us engaged and on-side throughout.

As audience members, we inherently cheer-on the hero of the story (unless we’re pure evil). Whether it’s because we’ve seen too many movies or simply due to human nature, we channel the words of D-Ream and hold on to the hope that “things can only get better.” In dealing with its questions of hope and destiny, The Rocket insists on taking us on this journey, whether we agree to it or not; from the engrossing opening sequence to the film’s climax, we observe Ahlo’s sheer will to succeed and it becomes difficult to dismiss the hope and optimism with which he is filled. Like all great coming-of-age stories (and Ben Stiller movies), we begin to believe in our hero but must wait patiently to observe whether he is destined for (or indeed, capable of) redemption.

I’d have to say that The Rocket is the best film set in the Northern Laotian Mountains that I’ve seen, and definitely better than Mystery Men. Bring on Laotian’s Eleven.