Simply put, Valentine Road encapsulates our current cultural and political climate unlike anything that has come along in years. The documentary deals with issues of school bullying, gun control, LGBT rights and victims who are blamed for bringing crimes on themselves. These issues have been been thrust to the forefront of our cultural landscape by recent tragedies such as the Sandy Hook shootings and the assault of Jabbar Cambell by the NYPD. With these issues permeating the zeitgeist, you will not see a more timely film than Valentine Road this year.

The film documents the aftermath of the 2008 shooting of Larry King, a 15 year-old openly gay student living in Oxnard, California. Classmate Brandon McInerney, using his grandfather’s gun and ammunition, shot Larry twice in the back of the head during class. Valentine Road, named after the cemetary road on which Larry now lays, is an attempt to forge a context for McInerney’s actions. Director Marta Cunningham interviews family members, teachers, classmates, prosecutors, defendants and, in what provides for some of the most shocking moments of the film, jury members.

The film eschews blunt investigative techniques and confrontational interviews in favour of an almost meditative and presentational style of documentary-making. Every participant is as a figure in a mural, displayed bare and unadulterated for the viewer to formulate his or her own opinion. Cunningham treats her subject matter with precise care and a great amount of empathy, never condemning or utilising irony to push some latent agenda.

You will find yourself saddened by the sheer tragedy of the event and by the lives the two boys were forced into, both coming from broken homes, the products of their parents drug-use and in McInerney’s case, white supremacist ideology. You will be sickened by staunch apologists who bear “Save Brandon” tattoos and and angered by jurors who insist that McInerney was “solving a problem” and that King had brought the crime on himself. But ultimately, you will find yourself wishing that circumstances for the two boys had simply been different. 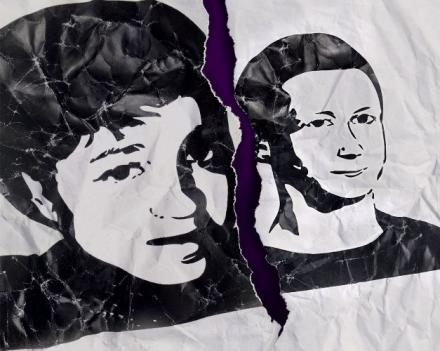