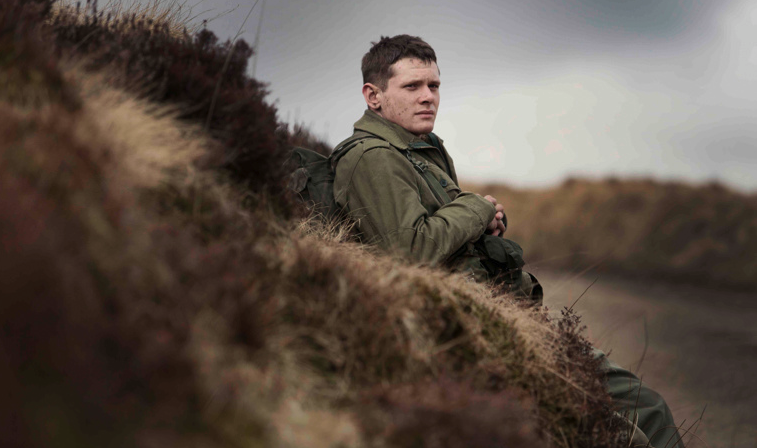 At the centre of Yann Demange’s ’71 film is Gary Hook (Jack O’Connell), a young British soldier is deployed to Belfast on an emergency basis at the height of Northern Ireland’s ethno-nationalist conflict (known commonly as ‘The Troubles’). He says goodbye to his younger brother with the reassuring, albeit naïve, parting words, “I’ll be fine.” Nobody who ever said those words was ever fine.

During a house search that quickly escalates into a riot on the streets of Belfast the film begins to gain momentum. The riot intensifies, the crowd growing wild and aggressive. At the insistence of their overwhelmed Commanding Officer Lt. Armitage (Sam Reid), the unit abandons Hook and fellow soldier, Thommo (Jack Lowden), both of whom are viciously beaten by a mob of deranged Irish Republicans. Thommo is killed and Hook barely escapes with his own life.

From there on, ’71 becomes a game of cat and mouse between Hook and the relentless Republican gunmen that are after him. With impeccable pacing, the audience is guided through the bleak, miserable streets of Belfast that serve as the perfect backdrop to explore the gritty, ugly truth about war. As more is revealed about the various senior officers in the military, it becomes apparent to both Hook and the viewer that a dead or missing soldier is little more than collateral damage. 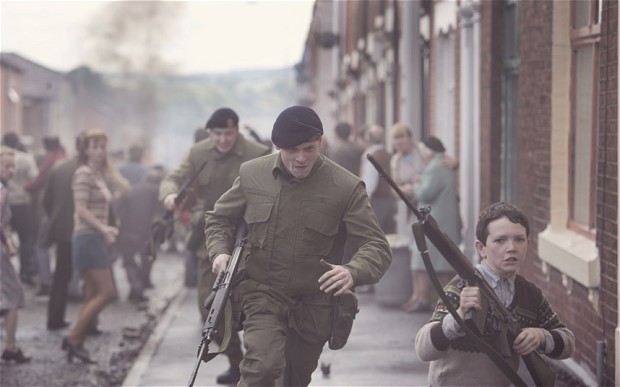 Yann Demange and screenwriter Gregory Burke are ruthless in their depiction of death and internal corruption. But even in the midst of such senseless brutality, ’71 has moments of compassion that materialise in the oddest of places. At a point where Hook’s only option is to kill or be killed, he seizes the opportunity to stab his attacker. As the man bleeds out in front of him, Hook is near tears and covers his hand with his own in a silent, touching gesture of apology. Unlike the gunmen hunting him down, who kill without flinching, Hook is still a young, green soldier and treats death with the weight it deserves. Jack O’Connell carries this film, and his performance in is nothing short of fantastic, especially in scenes such as these that are stripped of dialogue.

In addition to O’Connell, the film showcases exceptional acting from its entire supporting cast. Richard Dormer is a superb fit for Eamon, a former army doctor who kindly rescues a wounded Hook and smuggles him into his home. Charlie Murphy is his daughter, Brigid – the only major female role in the film. Both shine in a particularly violent scene that sees Eamon sew up Hook’s wound with what looks like a home-kit needle and thread, while Brigid holds him down as he thrashes wildly on her bed. Barry Keoghan plays the almost mute, Sean, the youngest member of the Republican mob. With a baby face and frighteningly neutral expression, Keoghan has the appearance of a would-be serial killer. However, his humanity comes from his youthful desire to be mentored, a tragic character flaw that Keoghan captures perfectly.

’71 is one of those rare thrillers that is a combination of excellent directing and acting, elicits genuine shock and keeps the viewer in a tense state of anticipation.