As we were leaving the advanced screening of Jon Krasinski’s A Quiet Place, the friend whom I had invited along compared significant elements of Krasinski’s film to Tim Burton’s Mars Attacks! The comparison was not favourable, not because of any failings on the part of Mars Attacks! (though those exist), but rather because Burton’s film is intentionally silly and Krasinski’s is quite the opposite.

By the end of A Quiet Place, the ridiculousness resembled Mars Attacks! in everything but the filmmakers’ attitude. One touch that I found particularly funny was the number of times either Krasinksi, who stars, or his on-screen and real life wife Emily Blunt, put their fingers to their lips to silence their children. As the film might play somewhat as an allegory for parenting, the action is recognisable, but within the context of the narrative, it is distracting. 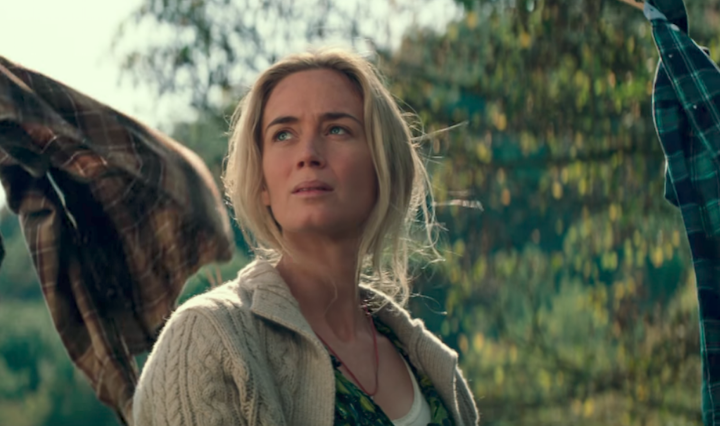 Why? The film follows a family living in a world that has been devastated by monsters who attack anything they hear. As the tagline on the poster reads, ‘If they hear you…they hunt you.’ Simple enough, and yet, we are informed that most of the film takes place over four hundred days since the creatures first began attacking humans.

The entire lifestyle of the family over those four hundred days has been designed around the prevention of sound. Why would the children need reminding to be quiet when the monsters are nearby? Literally every action they take throughout every day is a reminder. It’s a small gripe, but it’s only one of many. 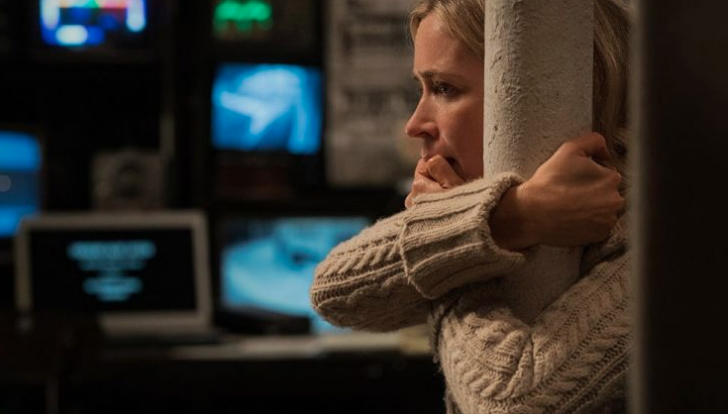 I haven’t seen Mars Attacks! in many years. The three films that came to my mind while watching A Quiet Place were Signs, Don’t Breathe and It Comes At Night, the last of which was one of the best films of last year. For a while, A Quiet Place enjoys a healthy camaraderie with the films that may have inspired it. The first half, which is almost entirely devoted to the establishment of the family and their lifestyle, is much better than the second half.

In a partially warped version of Hitchcock’s bomb under the table concept, in which suspense is established by audience awareness of a threat that hasn’t yet materialised, this is the half that enjoys the most tension. Once the creature arrives, or the “bomb goes off”, Krasinski throws increasingly dubious scenarios at his characters, adding complexity to a film that thrives on simplicity.

These scenarios falter particularly because the rules surrounding the manner in which the monsters operate appear to be malleable depending on how Krasinski wants each scenario to play out. Andrés Muschietti’s IT was guilty of similarly ambiguous guidelines when it came to Pennywise. The consequence is slackened tension.

Few films have drawn attention to sound the way Krasinski’s does. The absence of it gives weight to its presence. Great horror films have the capacity to render the mundane terrifying. The sound of board game dice being rolled is not inherently scary. In the context of A Quiet Place, it is alarming because of what that sound might entail. 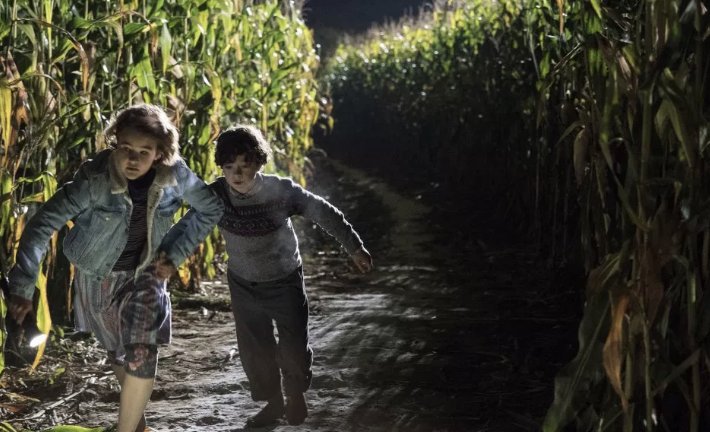 A Quiet Place is a movie that is at its best when it manipulates its elements modestly, and falters when it overplays its hand. There’s that old horror trope in which a character steps on a twig, accidentally alerting the bad guy or the monster to their presence. A Quiet Place is a feature length version of that gag.

Krasinski subtracts one of the most significant elements of film, dialogue, from much of his film. That he manages to convey as much as he does without it is impressive. The special appeal of A Quiet Place is primarily that gimmick, but for a time it also functions as a very watchable film. As the film becomes less watchable, and succumbs to maddening gaps in logic, it becomes clear that the gimmick is as only as strong as its film.