"If this sounds like a lot, we haven’t yet gotten to the lightsaber."

"When you throw this sort of cast and resources at a film – the visual effects really look good – you either get something that goes down easy on a Friday night or an epic disaster. The Adam Project is the former, but that doesn’t mean you can’t pick at it plenty, particularly from the standpoint of its own rules. "

Ryan Reynolds has developed a bad habit of appearing in films that strongly resemble other films. His most recent two films before Netflix’s new The Adam Project were good examples of this – or, bad examples, I suppose. Free Guy very much wanted to be The Lego Movie, in an MMORPG world rather than a brick world, and Red Notice very much wanted to be Raiders of the Lost Ark, albeit with thieves rather than archeologists. The Adam Project is like a mixture of Star Wars and Back to the Future, with both films getting name-checked here. Yes he has a lightsaber, and yes he time travels. 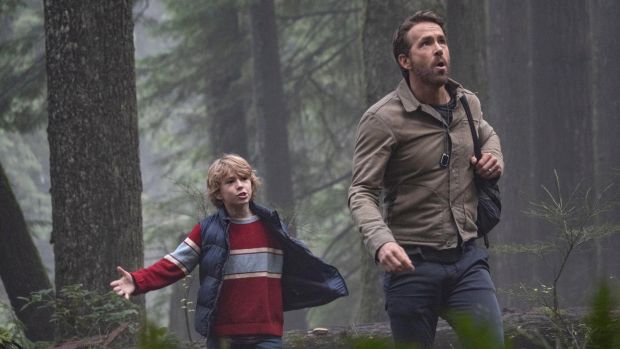 This unlikely combination of influences, though, points up why The Adam Project is more fun than those other two films, if only just. Director Shawn Levy’s second straight collaboration with Reynolds after Free Guy – and he’s already been announced as the director of Reynolds’ Deadpool 3 – spends its time in an uneven middle ground between Reynolds’ trademark wisecracking and a heavy dose of sentiment related to dead wives and fathers. Both elements work enough to minimise the effects of their contradictory nature, though it does lead to oddly timed emotional crescendos in the script.

Reynolds plays Adam Reed, a 2050 fighter pilot who has just stolen a fighter that will allow him to travel back in time to the year 2018. He misses that mark due to the gunshot wound he received during the theft, which leaves him just enough off his calculations that the wormhole pulsing out ahead of his ship lands him four years later in 2022. Despite the oodles of potential space-time conundrums that might result, the wounded Adam holes up in the garage of his own family home, where, you guessed it, he meets the 12-year-old version of himself (Walker Scobell). Neither instantly turns to dust, as the older Adam explains it away with vague concepts about a person’s fixed moment in time, and memories reconciling themselves when they return to that moment.

With this can of worms already opened, the duo sets out to recover those who have been lost to them. For the young Adam, it’s his father (Mark Ruffalo), who died in a car accident 18 months earlier, and who just so happens to be the scientist who determined time travel was possible. For the older Adam, it’s his wife (Zoe Saldana), who traveled back in time and is presumed dead. Young Adam is also laying a pretty heavy dose of older Adam’s snark on his widowed mother (Jennifer Garner), while Adam is also being pursued through time by his father’s former partner, Maya (Catherine Keener), who also appears in a de-aged twenty teens version of herself, and who has time-traveling robot soldiers to do her evil bidding, as well as one of the flesh and blood variety (Alex Mallari Jr).

If this sounds like a lot, we haven’t yet gotten to the lightsaber. Older Adam has this device that works very much like the double-bladed saber used by Darth Maul in The Phantom Menace, and as an indication of the sort of this movie is, young Adam clocks it as such even before it is unveiled in its full double-bladed glory. Older Adam uses this to fight off the time-traveling robots. 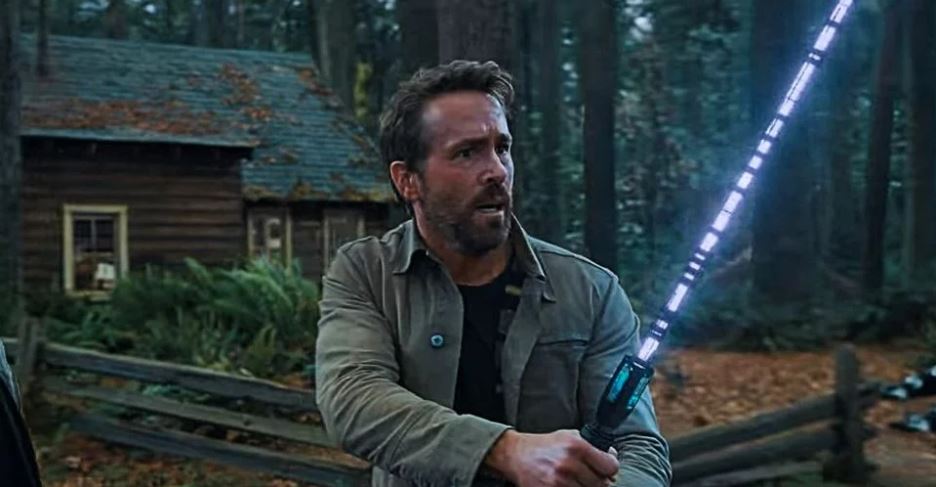 It’s hard to tell whether the galvinising absurdity of The Adam Project was a premeditated goal or the accidental byproduct of blending together so many unrelated popular ideas. Whatever the case may be, it sort of works. Part of that is the enviable cast, which includes big names at every turn, some of whom don’t get the time they deserve. (Zoe Saldana, we hardly knew ye.) The cast shows a commitment to the material as earnest subject matter, beyond the wisecracking, particularly Ruffalo, who basically has no choice but to bring his A game. The one exception is Keener, whose computer de-aged incarnation shows more of a pulse than the normally aged one (and looks weirdly like her, but not like her).

When you throw this sort of cast and resources at a film – the visual effects really look good – you either get something that goes down easy on a Friday night or an epic disaster. The Adam Project is the former, but that doesn’t mean you can’t pick at it plenty, particularly from the standpoint of its own rules. There’s a reason you don’t see a lot of time travel movies where an older version of a character pals around with a younger version, Looper notwithstanding. Most screenwriters will hold themselves to certain standards of explaining the causation conundrums in a time travel movie, and having two versions of the same character causes too many of them. This quartet of screenwriters just doesn’t worry about that, which is good because it keeps the film moving through its various action set pieces, but leaves something to be desired in the film’s core internal logic. 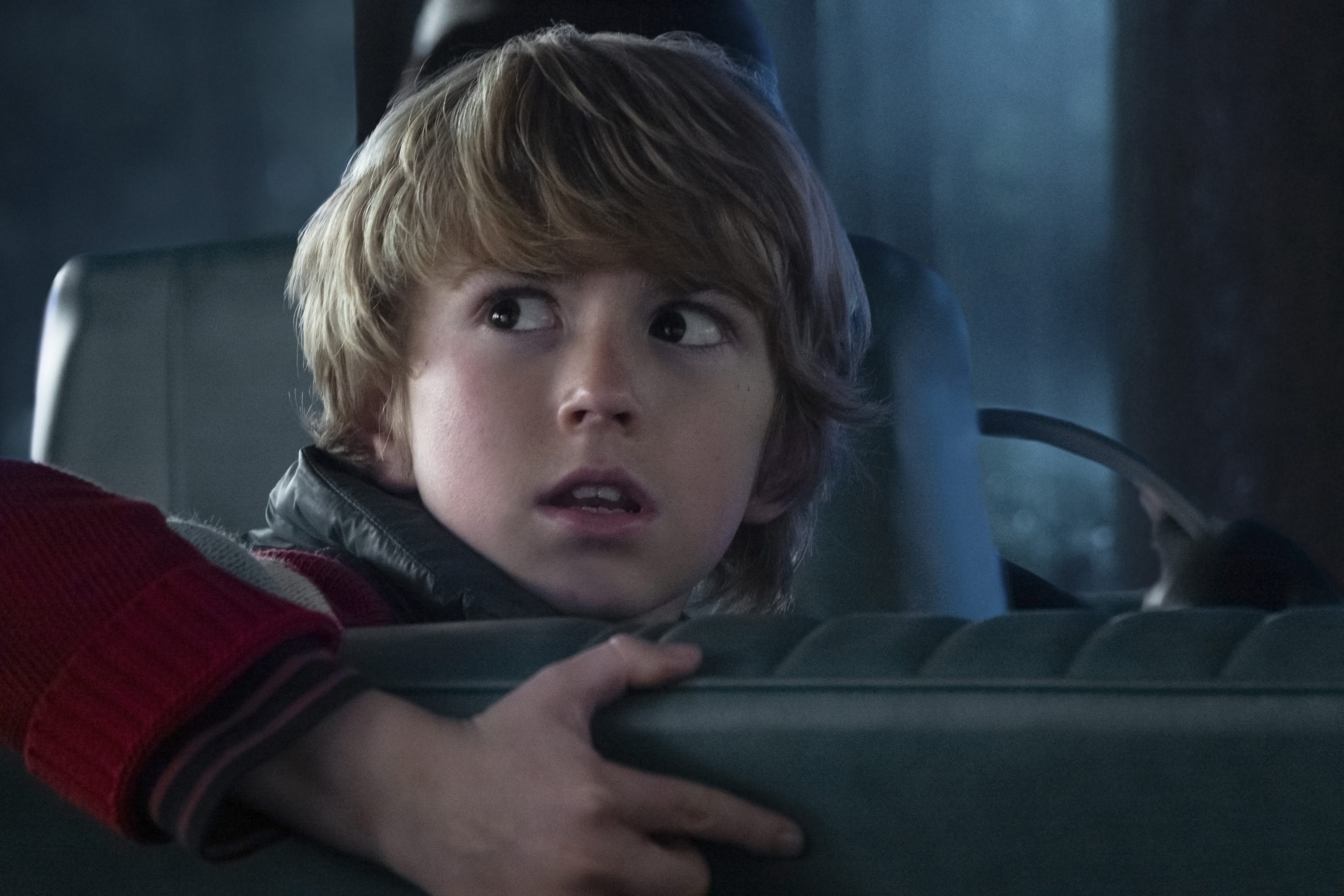 And then there’s the sentiment. It’s heaped on, but is effective enough that it doesn’t sufficate the rest of what’s going on. While it does often feel like a baton is rapidly changing hands between tones, you find yourself going along with those changes easily enough. The bits about reconnecting with loved ones who are gone, particularly the stuff about two brothers (who happen to be the same person) seeking out their lost father, is reminiscent of the central quest in Pixar’s Onward. So yeah, this film has a lot of influences, but fortuntately they are good ones. 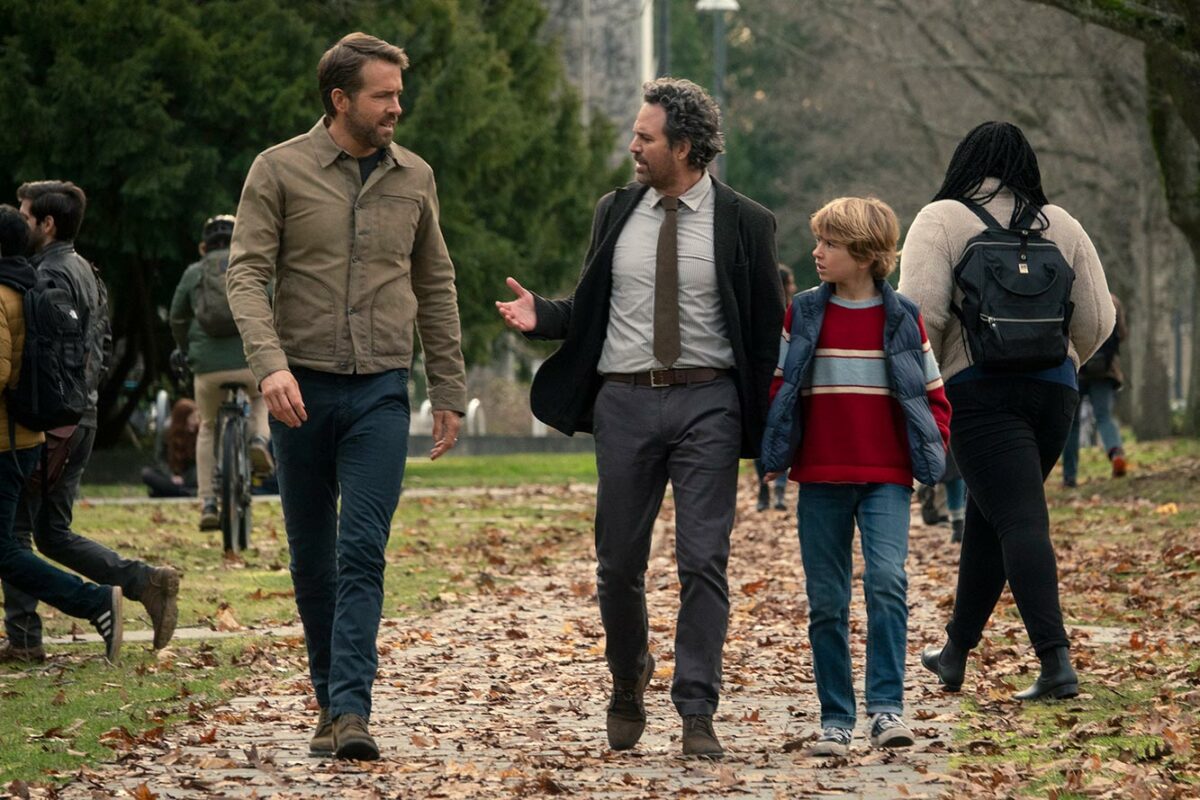 The Adam Project is also the latest film to herald the impending death of cinemas. You’ve got the erstwhile Deadpool, the erstwhile Incredible Hulk, the erstwhile Gamora, and just for the heck of it, Sydney Bristow from Alias, and there’s no hope of a theatrical opening for this movie? The Adam Project may not be a masterpiece, but it’s the kind of film we should still be seeing on cinema marquees, its poster creating hope in us about the latest mash-up of sci-fi and a buddy comedy and a noodle-fryer. Let’s hope in five years we won’t need a time-traveling fighter jet to find cinemas showing any movies at all.

The Adam Project is currently streaming on Netflix.