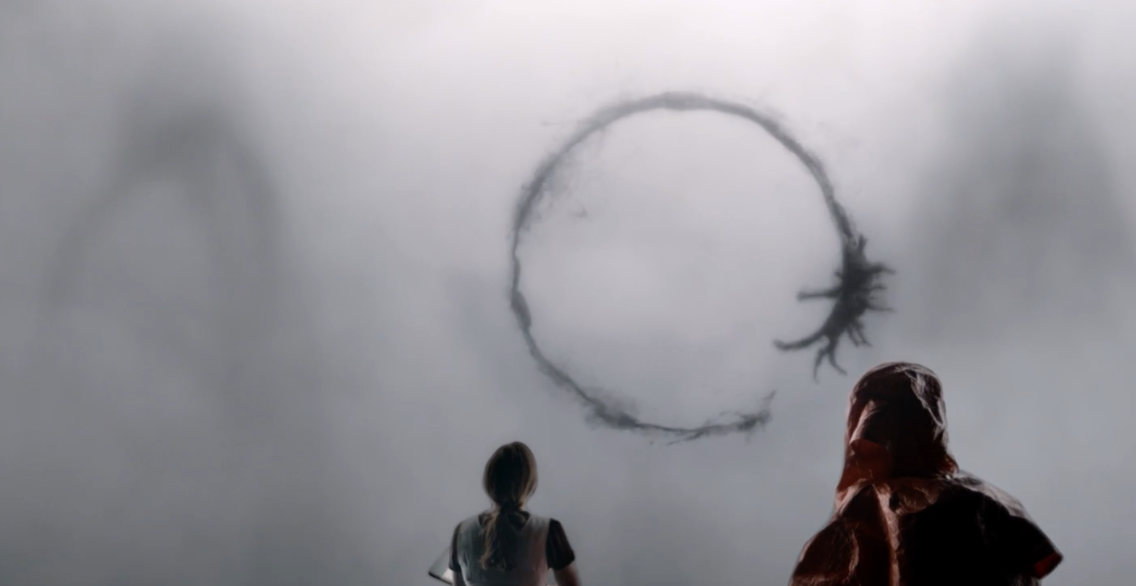 Ever since their B-movie and serial origins, movies about aliens have worked toward a greater sense of mind-blowing realism. “Realism” is of course a relative term when it comes to speculative concepts like creatures from other planets, but the task of serious-minded filmmakers has been to use technical wizardry, plausible science, and a healthy dose of imagination to give us something with a greater biological tactility than the occupants of our cinematic flying saucers of yore. The latest film to step up to this challenge is Denis Villeneuve’s Arrival, and it seems a bit of a thematic bridge between his last two films (Enemy and Sicario) and his next (2017’s Blade Runner 2049). While it reflects a second-to-none craftsmanship that Villeneuve has made his calling card, and fits in nicely with a recent run of prestige films exploring outer space themes, to say it strikes out in bold new directions would be a bit misleading.

Films like 2001: A Space Odyssey, Contact, Independence Day and even M. Night Shyamalan’s Signs serve as prominent sources of inspiration for Villeneuve and screenwriter Eric Heisserer, but Arrival does examine a less well-travelled aspect of films involving alien interactions: language and communication. The aliens here have arrived in oblong-shaped black ships, which hover a couple metres off the ground, scattered a dozen places around the globe. Initial contact has gone well in the sense that neither side has tried to obliterate the other, but a certain sort of stalemate has arisen in that the aliens are trying to speak to us and appear unwilling to leave until they’ve done so. The American team studying the local craft (parked in rural Montana) has enlisted the help of a university professor and leader in the field of linguistics, Dr. Louise Banks (Amy Adams), who is meant to apply semantic theories previously reserved for human language to the various ominous sounds emitted by the aliens, which sound a bit like brass instruments out of tune (though in a chilling, rather than funny, way). Although her methods are at first considered unconventional (and when isn’t that the case in a film where the military is calling the shots), under Banks’ leadership the aliens have also started squirting pictographic language characters out of their tentacle-like appendages. 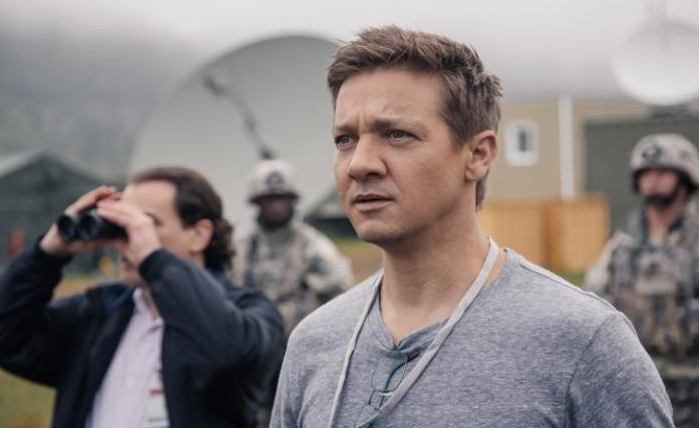 No stranger to setting a mood, Villeneuve has gotten that right here. The “what it would really be like” factor has been addressed through an empty university classroom, on a day when most students didn’t show up for class because hey, aliens just landed. Those who did turn up have their various devices beeping and buzzing at them, and before long Dr. Banks is compelled to tune in to the newscasts feverishly reporting on the mysterious floating crafts. Cinematographer Bradford Young has also photographed these expertly, particularly the establishing shot of the military encampment outside the Montana site, which Young’s camera takes in through an extended helicopter shot. The camera work recalls that of Roger Deakins in Sicario, one of that film’s greatest strengths. Once they’ve boarded the craft, the various linguists, scientists and men with guns have a number of surprises to navigate, which catch the viewer off guard and continue that mood. The character design of the aliens is one of those; it’s distinctive and unforgettable, which is really saying something in a genre that’s generally been picked clean of original ideas.

However much this film has one foot in the realm of scientific verisimilitude, though, it’s got the other in pure fantasy. These flights of fancy are both the film’s most notable signs of narrative ambition and one of its greater undoings. Without going into too much detail, let’s just say that this other half of what’s going on intersplices footage of Banks’ cancer-stricken daughter, whom we know from an opening montage has succumbed to the disease. The earnest intentions of these passages are undermined by a tendency to lean too much on sentimentality, which verges on emotional manipulation. 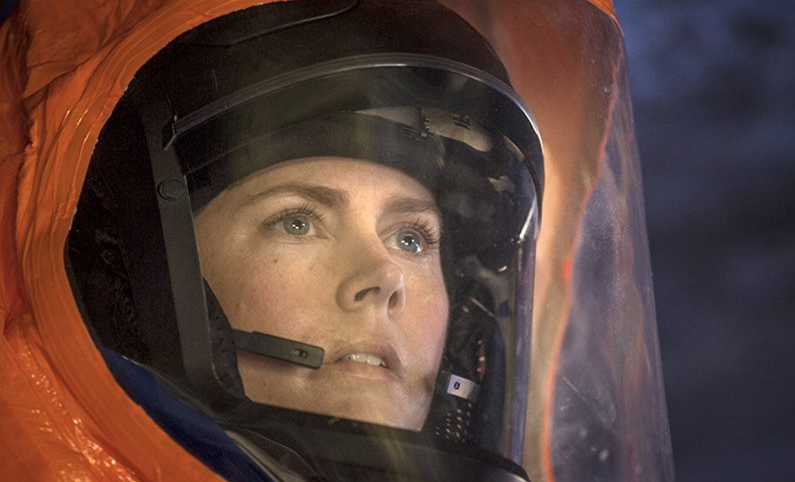 Then there are the parts that just feel like a pedestrian instance of ticking boxes. Forest Whitaker offers no surprises as the colonel whose duty it is to gruffly admonish Banks any time she tries a rogue new idea, and he’s just one of the stock characters who show up here. A knock against Villeneuve has been that he hasn’t had the greatest scripts on which to ply his technique, and Arrival is not likely to change any minds on that front.

Still, there’s genuine wonder to be found in both what this movie is doing, and what it is trying (but not always succeeding) to do. Sins of commission are usually preferable to sins of omission. We never tire of imagining the ways aliens will one day materialise, and Arrival gives us a distinctive enough vision of that to be well worth recommending.