"Unfortunately, the humour doesn’t land any more sure-footedly for their higher talent levels, featuring repeated nudity and every bodily fluid they can think of."

"Bad Trip’s tone lands on the wrong side of the divide between what’s funny and what’s just awkward and regrettable."

The “prank movie” may be a dubious subgenre in terms of high cinematic art, but there can be no doubting the popular and even critical moment it’s having. Look no further than the two Golden Globe wins and two Oscar nominations for Borat Subsequent Moviefilm to get a sense how this type movie has crossed over from mere novelty into something potentially respectable. That movie used a hybrid approach of scripted material and genuine hidden camera interactions with unsuspecting citizens, the former existing primarily as a way to create a narrative spine for latter. There may be some other moments with a little cheating going on, but they don’t call attention to themselves. 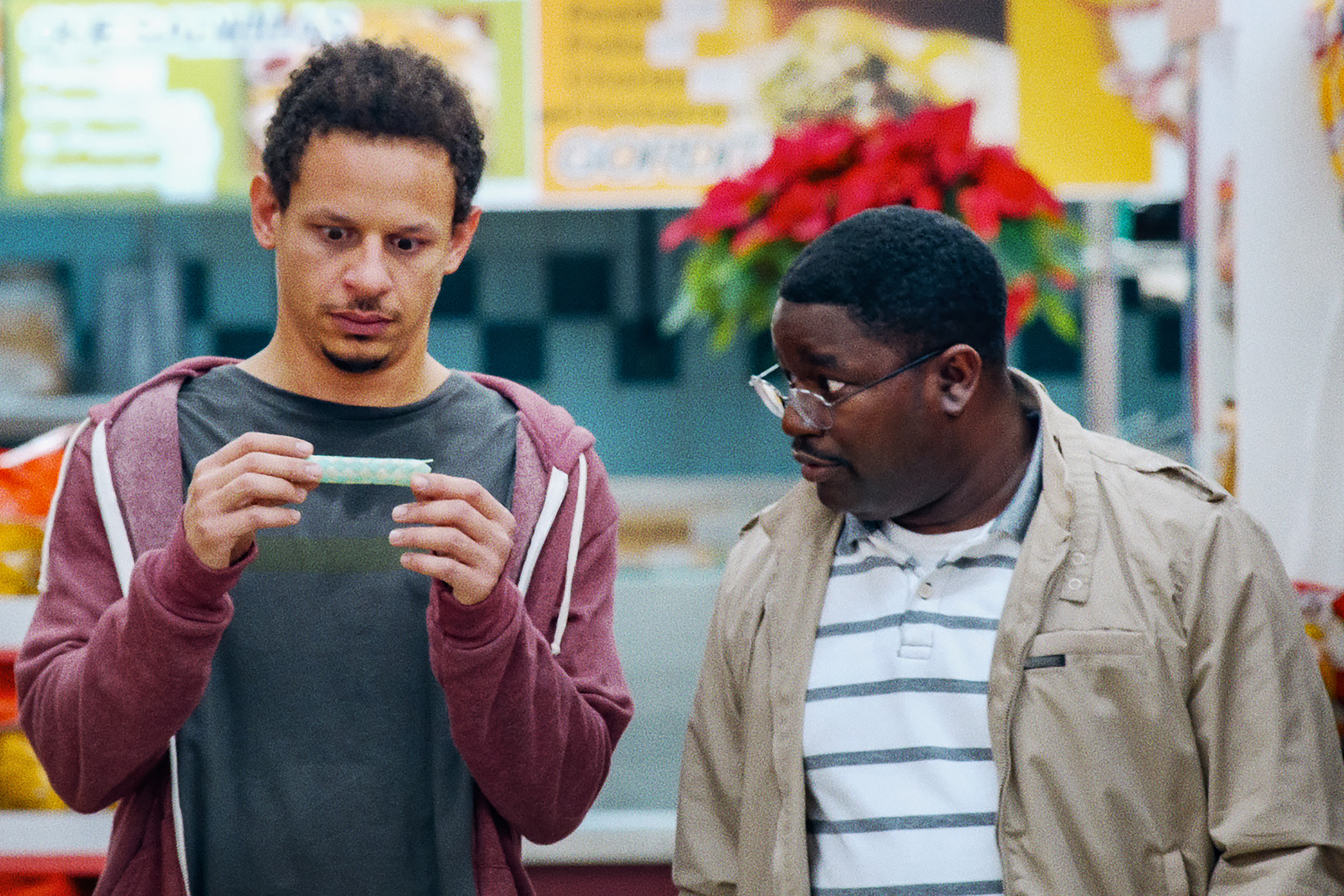 The new Netflix movie Bad Trip, then, would seem to have a leg to stand on in terms of duplicating Borat’s success. Alas, there are other prank movies out there it more closely resembles, which don’t garner the same type of critical admiration. Twenty twenty also featured the release of The Impractical Jokers Movie, a feature length adaption of a hidden camera TV show in which men guffaw as they dare each other to push the envelope with their marks. If you don’t incorporate the latest dare, communicated through a hidden earpiece, into your interaction with the target, you “lose.” We all lost when watching that laughless road trip movie whose flimsy story makes Borat look like Dickens. (Looking further back, the Bad Trip producers are also associated with lowest common denominator entertainments like Bad Grandpa and Jackass.)

While there is a distinct conservative whiff to the appeal, such as it is, of Impractical Jokers, Bad Trip at least goes for something on the other end of the political spectrum. Its targets are almost exclusively African-American, the bits carried out by two rising stars, Eric Andre and Lil Rel Howery. Unfortunately, the humour doesn’t land any more sure-footedly for their higher talent levels, featuring repeated nudity and every bodily fluid they can think of. Also, you wonder how none of the marks recognise them, especially Howery, who’s been in a dozen movies the past five years. Didn’t they see Get Out?

Narratively speaking, the film resembles Dumb and Dumber more than any of its other most obvious comps. Howery’s Bud Malone isn’t dumb, but the same cannot be said for Andre’s Chris Carey, who is also assigned the lion’s share of the film’s pratfalls. One wonders if his character’s name is even an homage to Dumb and Dumber star Jim Carrey, whose Lloyd Christmas spends that road trip movie in fruitless pursuit of a woman out of his league (Lauren Holly). Chris Carey does the same thing here, determined to profess his love to Maria (Michaela Conlin), who was his high school crush, and who appears by chance at the car wash where he’s working. That’s also a scene with an unsuspecting bystander, whose end result is Chris’ uniform being sucked off by a super-powered vacuum hose.

There isn’t much more to the movie than Chris road-tripping from Florida to New York to make his ill-fated proposal to Maria at her fancy art gallery, and needing Bud for moral support, though they continue to lean into those Dumb and Dumber comparisons. Our heroes here are also being pursued by criminal elements, in this case by Bud’s convict sister (Tiffany Haddish), whose pink Cadillac emblazoned with the words “Bad Bitch” has been stolen by the pair for the escapade. There’s even a scene where Chris, in full Lloyd Christmas mode, dreams himself away into a fantasy with Maria while behind the wheel, nearly plowing into oncoming traffic as he snaps back to attention. 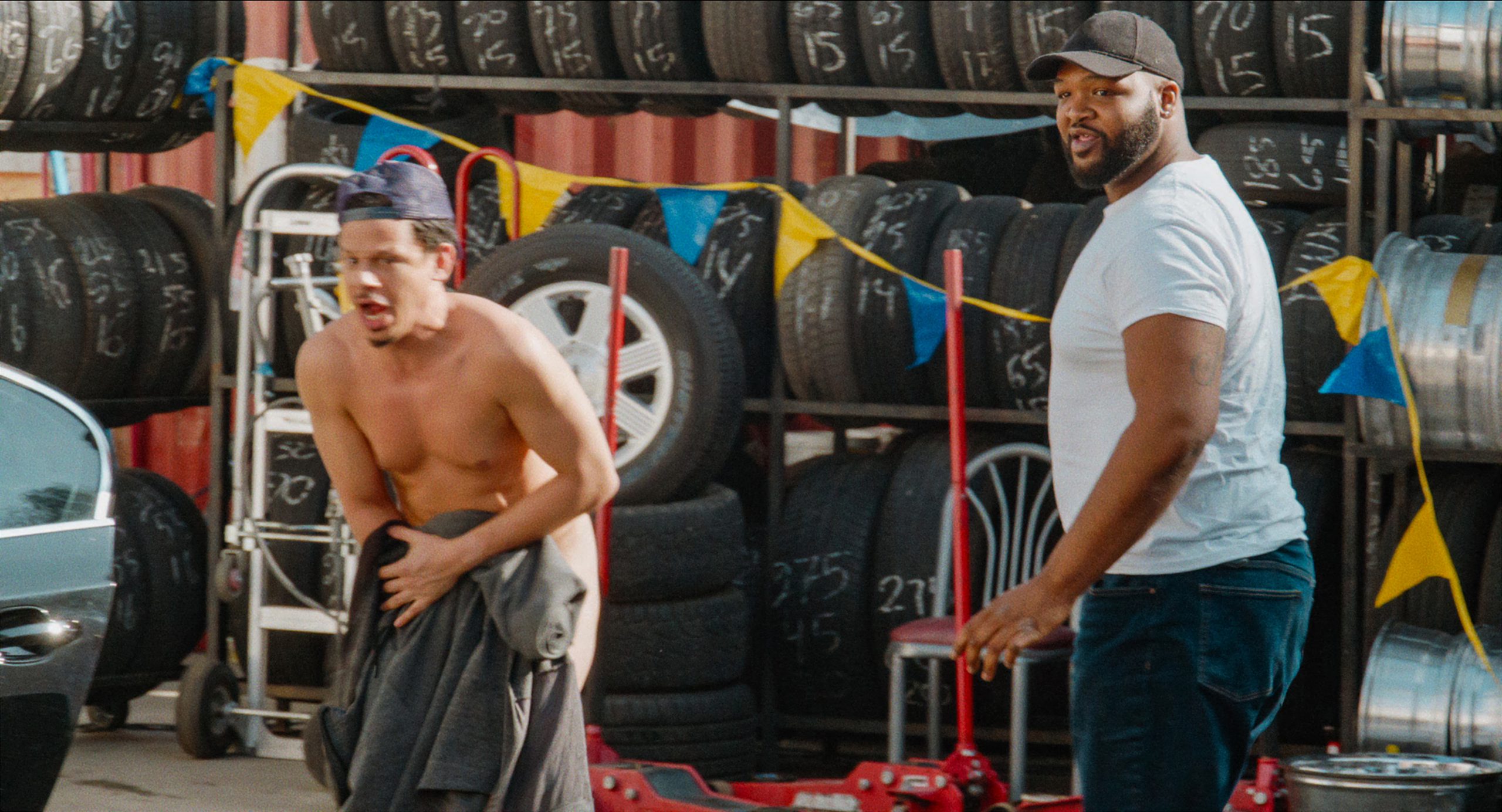 No doubt there are some impressive hidden camera feats pulled off here, assuming we can trust their authenticity – many scenes seem to have at least one too many camera to have escaped the notice of the marks. But if the movie is funny, it doesn’t matter what percentage of this is genuine and what percentage artifice. Bad Trip’s tone lands on the wrong side of the divide between what’s funny and what’s just awkward and regrettable. Humour is famously subjective, and Borat is obviously built on the same foundations of grossness as Bad Trip. Spraying freshets of fake vomit on bar patrons through a hose hidden your sleeve is either going to do it for you or it isn’t.

The reactions of some of the marks demonstrates just how unsparing the filmmakers were in their dedication to making things uncomfortable. When Andre and Howery enter a barbershop in a, shall we say, sexually compromised position, the reaction of the barber is hostile with decidedly homophobic overtones. He flashes a knife as he follows them out of the shop. These are the wrong types of prejudices being revealed, even or perhaps especially if this man was unconcerned enough about his own response to allow his face to appear on camera. I suppose there’s always a violent X factor in this type of project – just ask Sacha Baron Cohen after being chased by a bunch of right-wingers who wanted his head – but maybe this one should have been left on the cutting room floor. 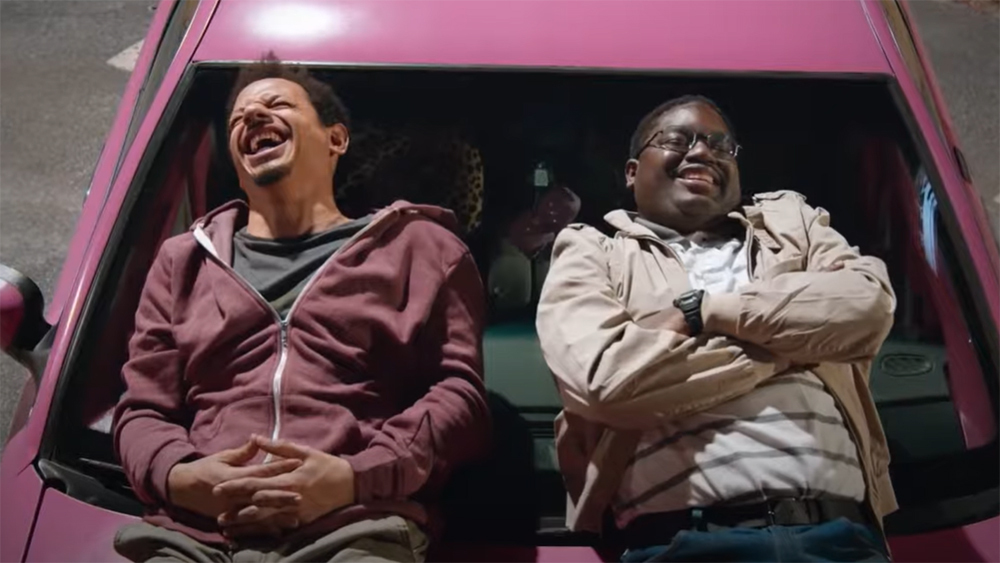 For the most part, the innocent bystanders are good sports, and in some cases, really heroic in their attempts to play peacemaker. Andre and Howery don’t deserve them. Andre has an extremely confrontational style of comedy, and his willingness to sacrifice his dignity at every turn is impressive if not actually enjoyable to watch. You understand you are supposed to like this character on some level, as self-destructive as he is, but the screaming intensity of his every instinct makes that impossible. Howery underplays the material, which seems like a better choice, but also imbues everything he does with a sense of reluctance. Even as the straight man, he feels like a captive, a victim of his own punking. 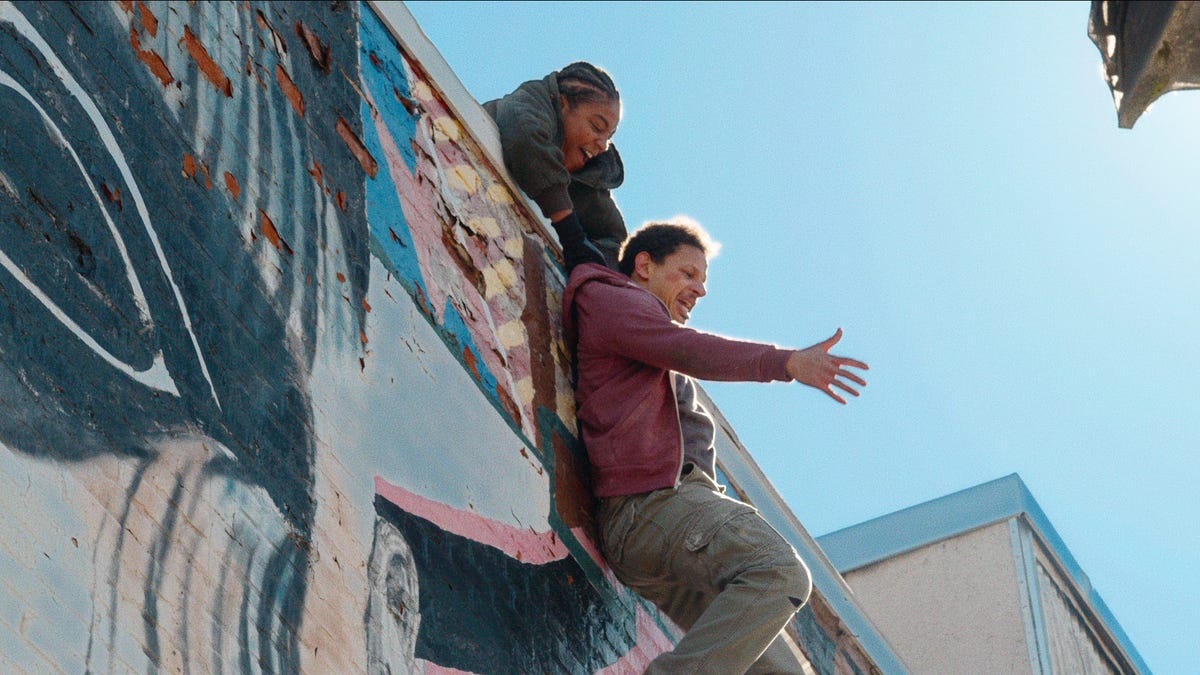 There’s plenty of talent on screen here, particularly Haddish, who is one of the brightest recent discoveries in comedy. Her character, though, is perhaps emblematic of the line this film unsuccessfully walks between blowing up stereotypes and embodying them. She’s aggressive and foul-mouthed and constantly unpleasant, and these traits land especially awkwardly when she interacts with the general public. It’s just hard to comprehend how her work is designed to earn a smile from us rather than a grimace.