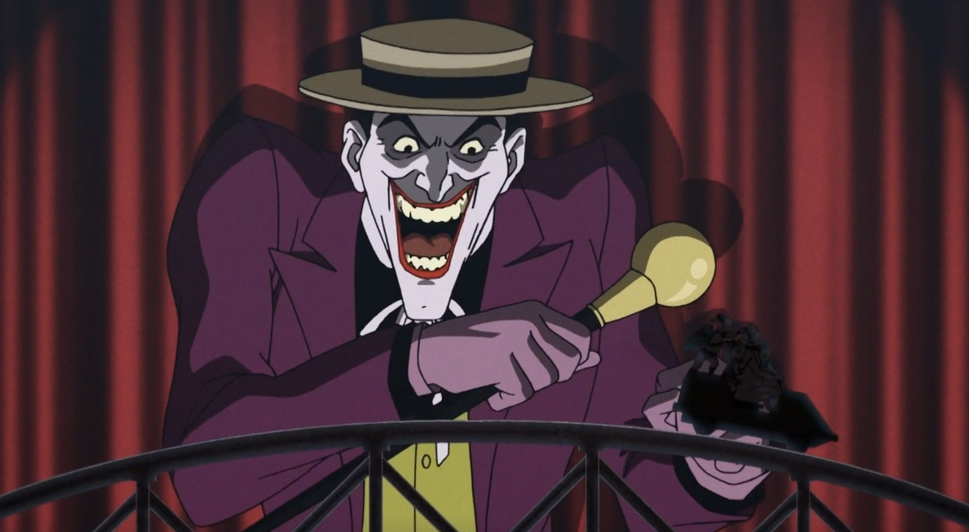 “All it takes is one bad day…”

Sitting down for the screening of Batman: The Killing Joke, the cinema quickly filled up with excited fans, some in cosplay, excited to see this much-hyped adaptation of the controversial 1988 graphic novel (written by Alan Moore, drawn by Brian Bolland). The pre-film screening of an interview with Mark Hamill on voicing the Joker, and his relationship with the character, upped the anticipation. When the end credits rolled, the reaction might be best described as an awkward silence. Pre-warning, this review will be fairly spoiler heavy.

Following a prologue of sorts (which I will discuss in more detail further on), Batman (Kevin Conroy) visits the Joker at Arkham Asylum, to talk about their future:

“I’ve been thinking about you and me; about how this is going to end; about who will end up killing who…”

Batman wants to avoid that future, if possible, but to his horror, and anger, he realises the man in front of him is not the Joker, but a stand-in; the Joker has escaped. It becomes a race against time for Batman to track down the Joker, who has devastatingly attacked Barbara Gordon (Tara Strong) and kidnapped Commissioner Gordon (Ray Wise), trying to prove his own bent theory on madness. 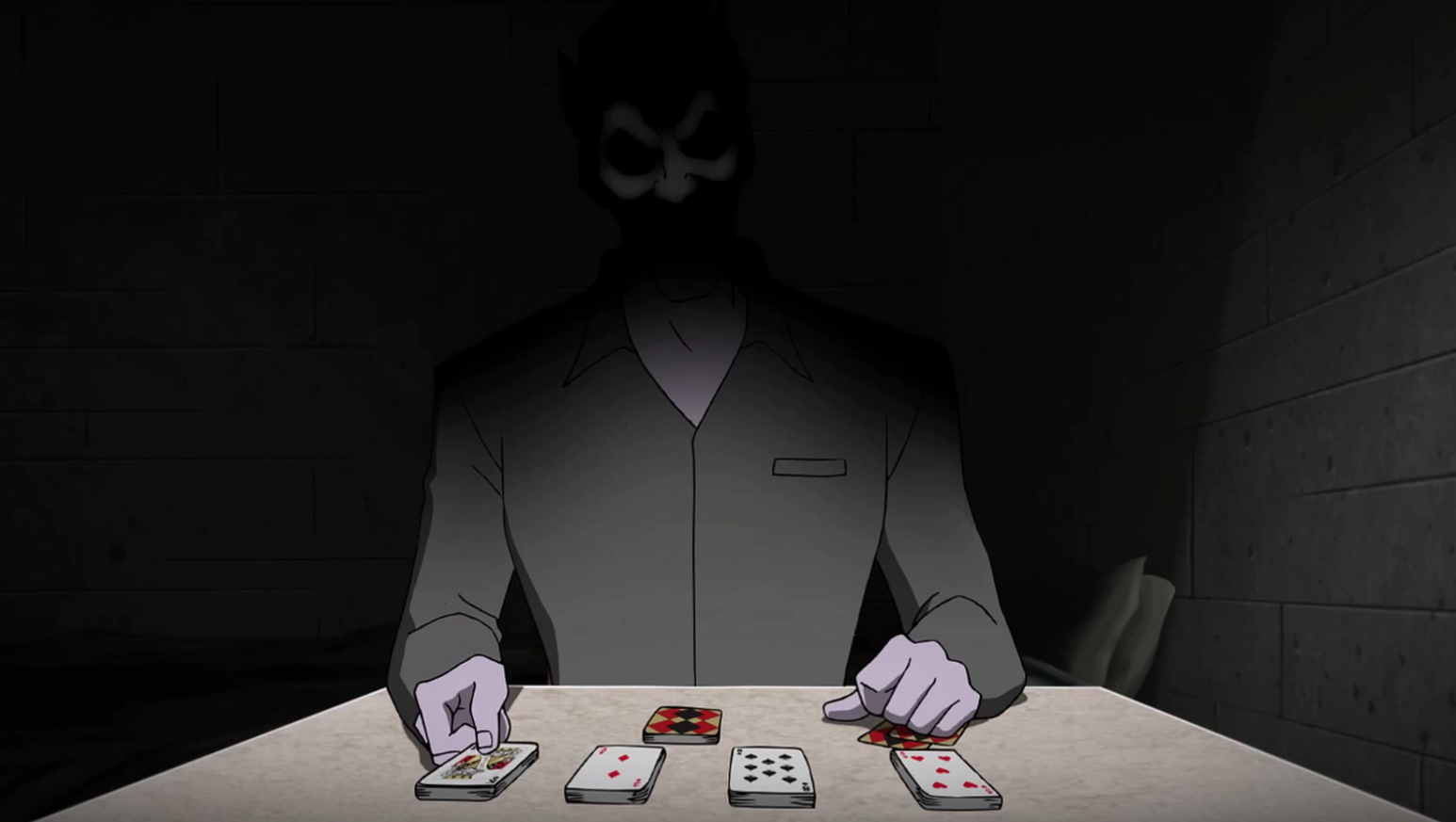 Before I get to the obvious issue, I want to address the flaws with the narrative structure. The original work deemed too short to turn into a feature, a prologue featuring Batgirl/Barbara was included in an attempt to stretch out the run time and, theoretically, give Batgirl’s role and subsequent fate more substance. A prologue might have worked, except that this one was long enough to be an episode in its own right, and as a result,the film (which is only just over an hour long) is like watching two tonally distinct episodes awkwardly strung together. There were also flashbacks to the Joker’s past, as he supposedly remembers his origin (the Joker is not the most reliable narrator of his own story); rather than being weaved deftly into the plot as they should have been, these flashbacks are clunky and out of place. Furthermore, Batman’s final showdown with his arch-nemesis lacked any satisfying impact. The film dwindles off into nothingness.

There are glimpses of what could have been a really great Batman story. Kevin Conroy gives voice to the titular hero so effortlessly (not surprising, since he first voiced the superhero in 1992 for Batman: The Animated Series). Tara Strong brings  a sense of grit and determination to Barbara, and underscores her intelligence. Mark Hamill’s performance is the highlight – as he himself noted in the interview prefacing the screening, he has voiced a veritable Joker spectrum, starting from The Animated Series, and growing progressively more sinister over the years. This Joker incarnation is utterly detestable, yet Hamill still brings a certain repugnant fascination to the voice. The Killing Joke most closely approaches ‘good’ when we are offered glimpses into the Joker’s twisted psyche: confronting Batman towards the conclusion, he denies the authority of his own memories, as he laughingly proclaims, “If I’m going to have a past, I prefer it to be multiple choice!” He cannot trust the truth of his memory any more than we can, and this is part of what makes him such an intriguing character. 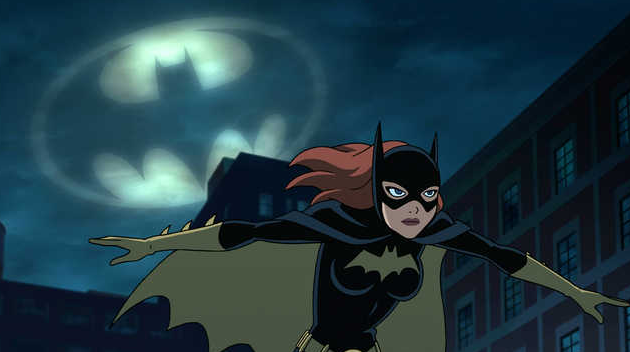 The Killing Joke, as is well documented, was a major influence on Christopher Nolan’s The Dark Knight and Heath Ledger’s portrayal of Joker. Both films see the Joker attempt to prove that people can be turned mad or do terrible things if they are put through just the right kind of terrible circumstances – whilst in The Dark Knight he tested all of Gotham; here he solely torments Barbara and Jim Gordon (and through them, Batman). The sense of darkness, foreboding and unease are all there, but the real source of discomfort and unpleasantness comes from the wrong place.

At first I was unsure what to make of the treatment of Barbara Gordon, but that uncertainty itself was a sign that something was not right. Barbara is little more than a plot device: the Joker shoots her in the spine in front of her father, leaving her a paraplegic, then undresses her and photographs her, using the photographs as part of the twisted torture he has planned for the Commissioner. There is a strong implication she was sexually assaulted. If the prologue was an attempt to humanise her, give her motivations and an agency beyond something for the Joker to use against her father, it is misguided at best; awful, at worst. These attempts at character development are undone the second that mob boss Paris Franz develops a dangerous obsession with her, and are compounded when she and Batman have sex; angry that Batman is refusing to let her help capture Franz (who also attempts to sexually assault her), Batgirl lashes out at Batman physically. This quickly turns into a sexual encounter, with the last shot before transitioning to a new scene being of Batgirl removing her shirt (she confirms the sex verbally later, no room for doubt). It’s completely unnecessary, and makes what the Joker does to her later, if possible, worse. No longer degraded just to torture her father, it’s done to taunt Batman as well. The Joker couldn’t have known about Barbara being Batgirl, or her relationship with Batman. This is on the filmmakers alone. We have long learnt to expect more from the treatment of female superheroes.

Batman: The Killing Joke willingly courts controversy, but only to its own detriment. It won’t fail to attract attention (or revenue), but it is an extremely uncomfortable experience.