"The challenge in a documentary about Michelle Obama, one of the most well-liked public figures in the world, is to feel like what you’re getting is really “real.""

"Though it’s clear early on that this is not going to be some kind of warts and all portrait, Becoming does remain engaging, in part because she herself is so engaging. "

Everyone is in bed with Netflix these days, even the beloved former president and first lady of the United States. No, we’re not talking about George and Laura Bush. The Obamas, Barack and Michelle, signed a deal with Netflix in 2018 to produce documentaries through their production company, Higher Ground. The first of those, American Factory, won the Academy Award for best documentary feature earlier this year.

Now they’ve got a new documentary premiering where they’re not just behind the camera, but in front of it. Although Barack has his moments in it – almost exclusively in archival footage – this is Michelle’s story. Becoming takes its title from Michelle Obama’s memoirs, published in 2018. She launched a 34-city U.S. arena tour in association with the book, which director and cinematographer Nadia Hallgren followed with her camera. As she was interviewed by simpatico luminaries such as Oprah Winfrey, Gayle King, Stephen Colbert, Conan O’Brien and Reese Witherspoon, she charmed capacity crowds, continuing the popularity she cultivated as first lady. 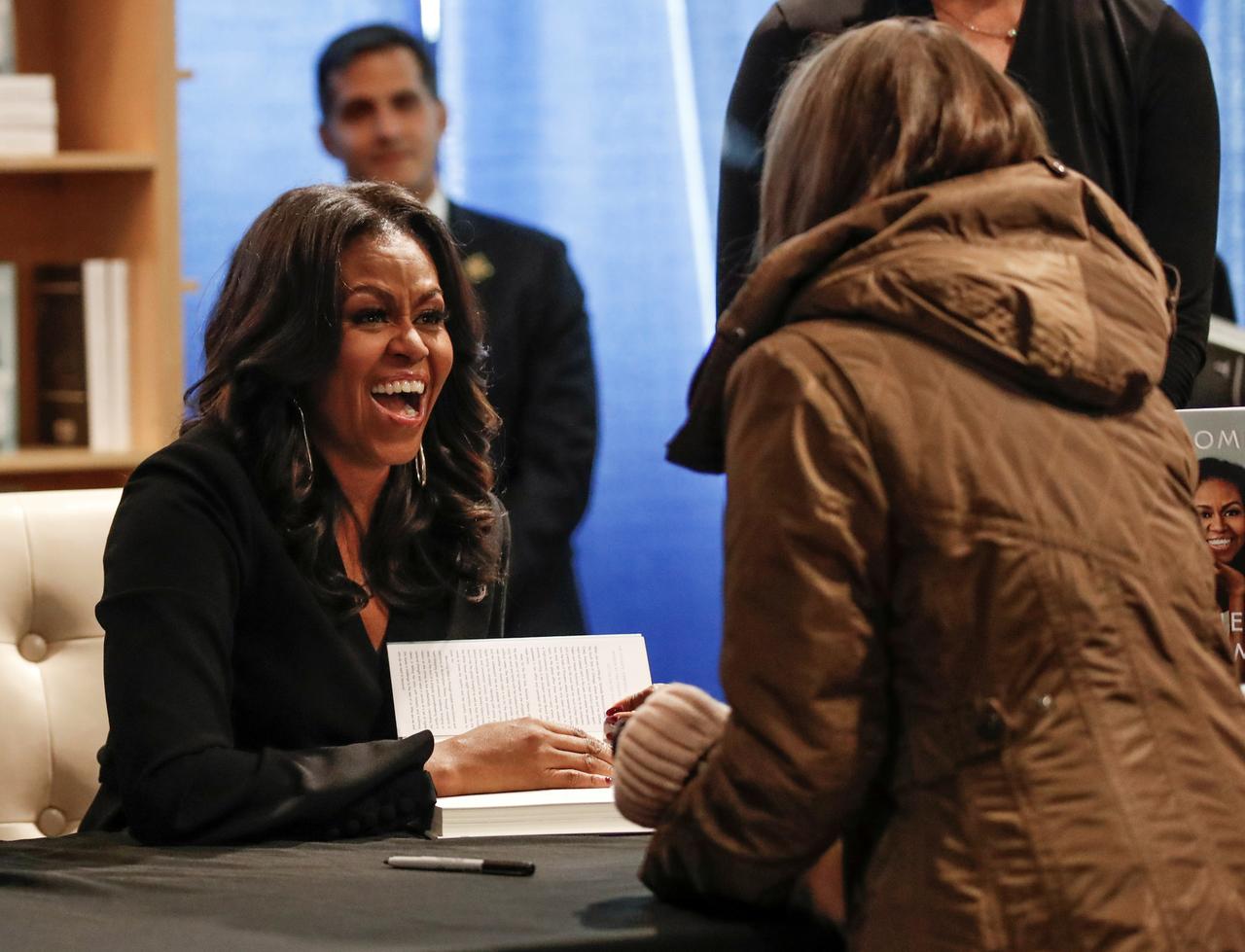 Theoretically, those crowds were also privy to nuggets about Michelle Obama’s life, both from her childhood and behind White House doors, that she hadn’t been able to reveal until recently, or maybe hadn’t even revealed in the book. Some of those make it into the film.

There’s a tough balance being walked here, though. Even though she makes much of the fact that her life will never go back to being what it was before, she also states that she does not want she and her husband to stay at the forefront forever, and her life is starting to feel like her own again. The challenge in a documentary about Michelle Obama, one of the most well-liked public figures in the world, is to feel like what you’re getting is really “real,” and not just a further attempt at brand management under the public eye.

To be sure, the Obamas had to, or felt they had to, manage that brand like no president and first lady before them. As the first African-Americans in the White House, they felt an even keener examination of their every move. Therefore, every move had to be perfect. To their credit, the Obamas did rarely make a misstep in eight years in office, if you’re concentrating only on the ways they comported themselves and setting aside a person’s subjective opinion of their policy decisions. Nitpickers had to focus on insignificant episodes like the time Barack Obama wore a tan suit to a press conference if they wanted to find a chink in their armour.

The pitfall about such exemplary public figures is that it’s not all that interesting to watch a movie about perfect people. Michelle Obama realises this, and does throw us a bone here and there in that regard. There’s no footage of her snapping at an underling or showing the exhaustion of an aggressive touring schedule, and it’s tempting to believe those things just didn’t actually happen. She does, though, admit to the fact that she and her husband once attended marriage counselling, and that he wasn’t always the doting husband – going to the gym, for example, when she was stuck at home with babies. These are not capital crimes, of course, and they are delivered by Michelle mostly as a joke, which her audience eats up. 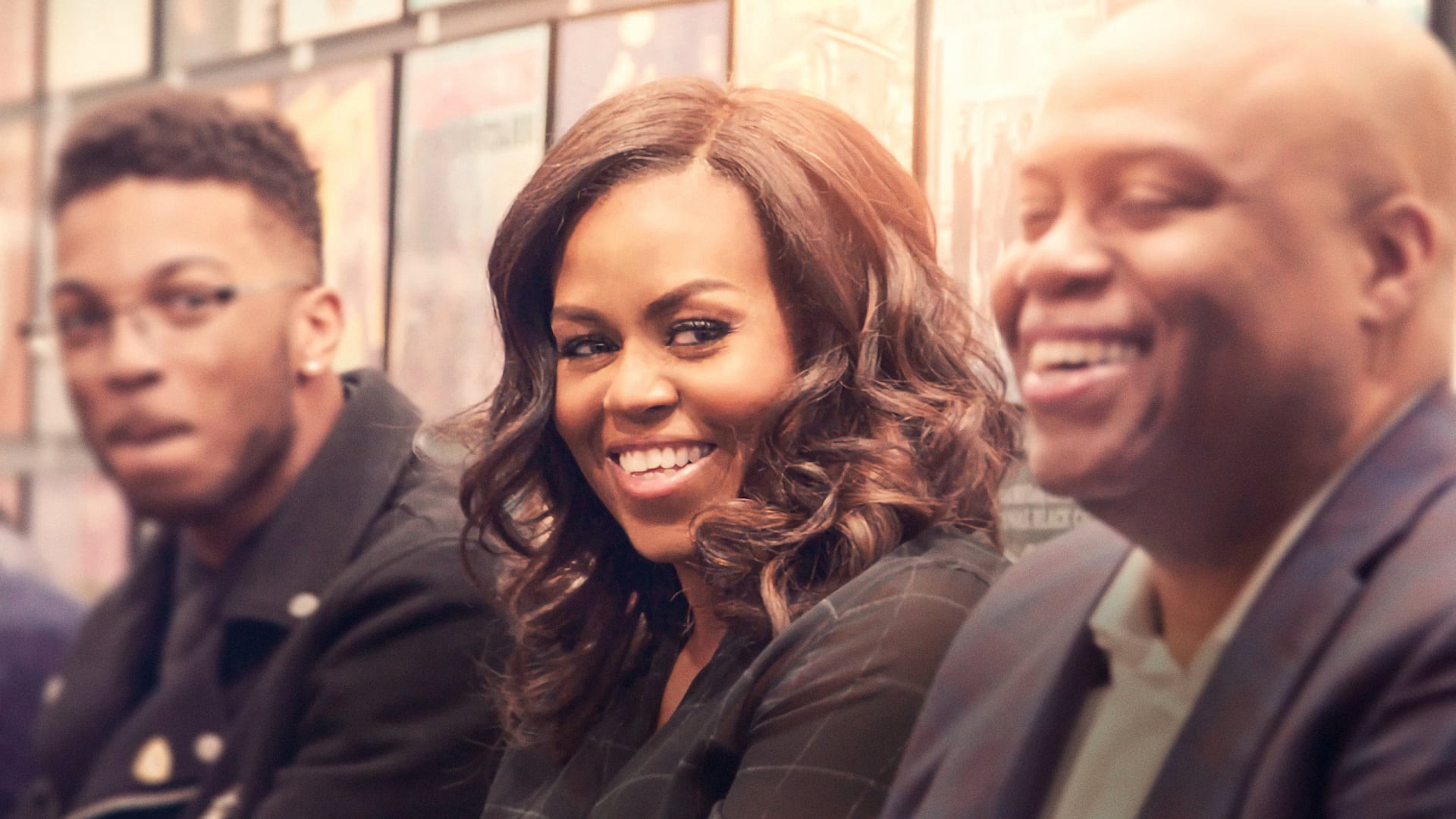 Even though it’s clear early on that this is not going to be some kind of warts and all portrait, Becoming does remain engaging, in part because she herself is so engaging. Some people make great politicians because they are such charismatic communicators. The key, Michelle explains to the doco audience, is to focus only on the person you’re talking to – the old “making you feel like you’re the only person in the room” trick. We see this at work as she greets a succession of idolising fans who queued up to meet her. You don’t get the sense that it’s a trick in her case, though the mere fact that she mentions it reveals her awareness of it as an interpersonal strategy, something less than 100% genuine.

In terms of fleshing out the woman behind the personality, Becoming spends time with her brother and mother, including photos and remembrances of her deceased father. In one funny detail, it seems pretty clear her mother still considers her brother her favourite child. We also learn Michelle was once told by a high school guidance counsellor that she wasn’t “Princeton material” (she went to Princeton University and then Harvard Law). More serious types of racial discrimination she experienced over the years are also touched on. Their days as community organisers and on the campaign trail are explored, plus tidbits like the fact that their daughters’ friends wanted one last sleepover in the White House on the night before they were set to vacate it for the incoming Trumps. 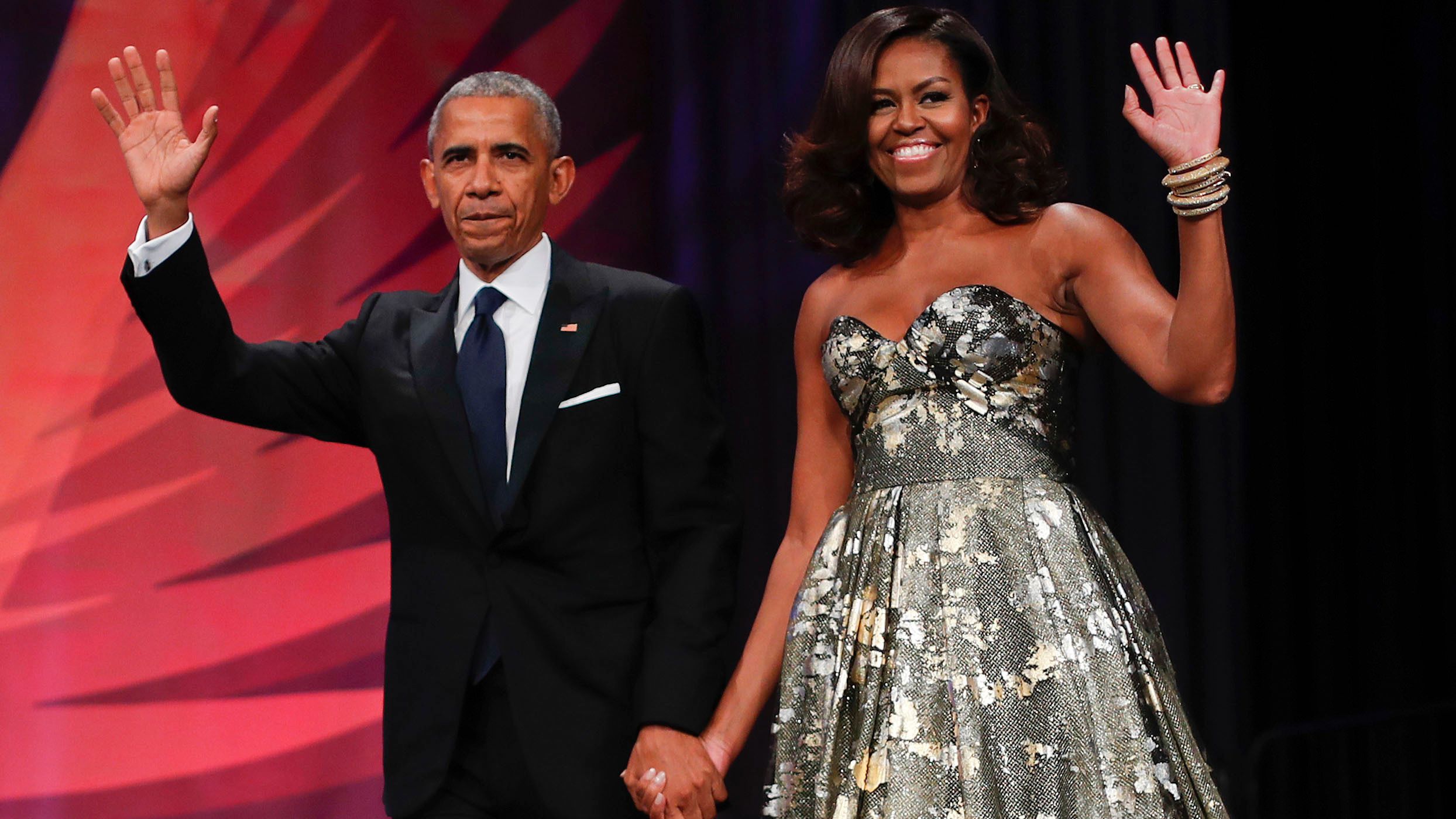 Donald Trump is mentioned only a few times in this movie, but his presence does hang over it. An awareness bleeds through Michelle, both in looks on her face and in her actual words, that however much she and her husband accomplished, there’s some taint to their legacy in that their policies were implicitly repudiated by the results of the next election. In perhaps the film’s most dangerously honest moment, she says that it’s because “our people didn’t turn out” to vote.

Becoming arrives both as a balm to people who have suffered during the Trump years, who are nostalgic for the “good old days” of earlier last decade, and as a rallying cry to those who could prevent the Trump years from running into the 2020s this November. That it doesn’t come in a radical package is a symptom of what Michelle has been through, but also a consequence of her resulting personality. She learned not to seem “militant” when political opponents accused her of being an “angry black woman,” as little as that description may have been warranted. If she continues to effect change, it’ll be because she continues to figure out how to have the last laugh over her critics.