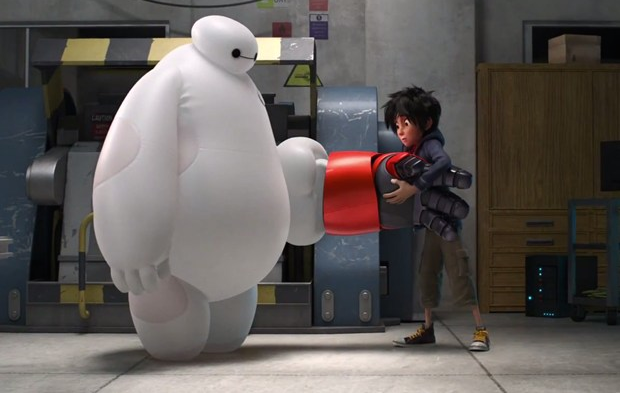 We haven’t seen a fun, children’s film about superheroes since The Incredibles, with the possible exception of the lacklustre The Adventures of Sharkboy and Lavagirl. Disney’s Big Hero 6 is a computer-animated adaption of the Marvel comic book superhero team of the same name that’s made for not only kids, but also teens and adults.

The story is set in the quasi-futuristic, neon-lit city of San Fransokyo (a hybrid of San Francisco and Tokyo), where bot-fighting is a sport played in dark, back-alleys. At one of these bot-fights, we are introduced to the hero of the film, Hiro Hamada (Ryan Potter), a child genius who graduated from high school at age 13 and who has no interest in going to college. This all changes when his older brother, Tadashi (Daniel Henney) shows him the Institute of Technology, where he meets his nerd friends and realises that “nerd school” is the place he belongs.

Big Hero 6 manages to be fresh and memorable. Part of this is due to the characters being so interesting, especially Tadashi’s friends, Wasabi, Honey Lemon, Go-Go and Fred, who are all loveable and unique, both in personality and appearance. Surprisingly, Baymax, a personal healthcare companion invented by Tadashi, is the star and heart of the whole film. 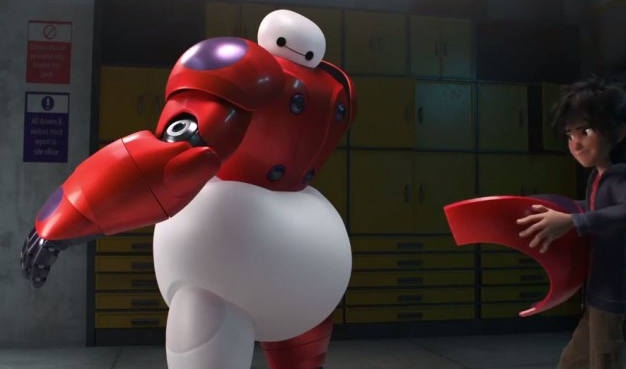 The tone, like in most Disney animation films, has the perfect balance of serious emotion and humour. The jokes work well for all ages and Big Hero 6 has its self-reflexive moments, thanks to the comic relief, comic book nerd character, Fred (T.J. Miller). Yet, it is still touching enough to at least make a grown man tearful.

The film is also a visual, cinematic spectacle. The action is dynamic yet coherent. The computer-animation medium has been taken advantage of by the filmmakers and there are a number of wonderful shot choices  that just wouldn’t have been possible in a live action film. The direction is kinetic and at times it reflects the anime aesthetic of the original source material. The designs and colours of each member of the team emphasis the uniqueness of each character.

At the end of the day, Big Hero 6 is an entertaining superhero film that does follow the same basic formula and has a somewhat weak villain, but its memorable characters and fresh feel makes the film worth checking out. Considering this year’s decent haul of both superhero and animated films, that’s saying a lot.